The combined Eames Lounge Chair and Ottoman is indubitably one of midcentury modern’s most enduring and covetable design classics.

Designed by the inimitable Charles and Ray Eames and released in 1956, the Lounge Chair and Ottoman have their origins in the Eameses exploration of moulding plywood (prototypes for the chair were created ten years earlier by the Eames Office, in 1946). Resembling a well-worn leather baseman’s mitt and considered a modern version of the Victorian club chair, the Lounge Chair is a true icon of modern American design and a symbol of luxurious comfort. When set together, the arrangement of the Eames Lounge Chair and Ottoman is so identifiable that it is a registered trademark.

Continuously produced by Herman Miller since its arrival in 1956 (and later by Vitra), the timeless Eames Lounge Chair (670) and Ottoman (671) celebrated its 60th birthday in 2016. Owing to the unchanging design, owners of older 670/671 models (referring to Herman Miller’s part numbers for the chair and ottoman) are able to acquire replacement parts. Crafted with meticulous care and attention, the Lounge Chair is made up of seven-ply veneer shells, individually upholstered cushions and a built-in swivel mechanism.

RELATED: The Eclectic World of Charles and Ray Eames

A Chair That’s Good for You

Charles and Ray Eames designed the Lounge Chair with a permanent tilt in order to support the sitter’s lower spine and back. Moreover, resting one’s feet on the Ottoman aids normal blood circulation. The Eameses believed strongly in the need for respite and comfort, in a warm welcome and refuge. Their Lounge Chair and Ottoman provide each of these elements with aplomb.

The Lowdown on the Eames Lounge Chair and Ottoman

Facts and details presented in this article were obtained via the Eames Office and Herman Miller. 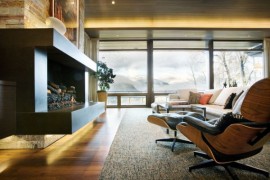 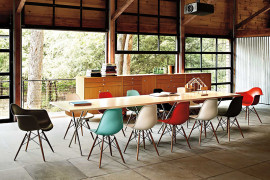 The Eclectic World of Charles and Ray Eames 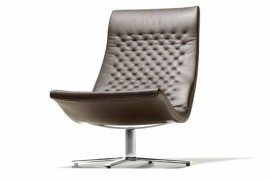 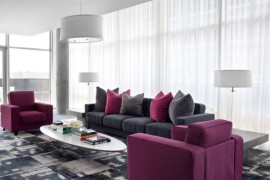 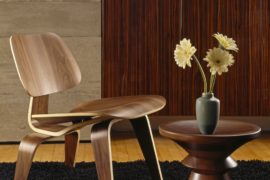 9 Iconic Chair Designs from the 1940s 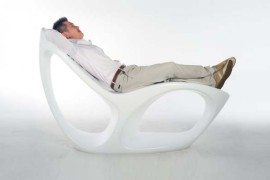 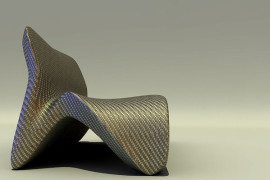 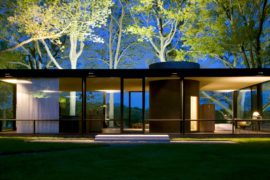 14 American Design Exports in Celebration of the Fourth of July 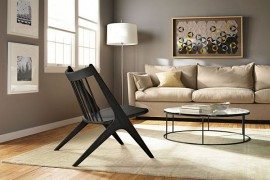