We at Decoist spend a lot of time admiring air plants, celebrating ways to display them, and learning about how to care for them. Today we thought it was time to delve into their unique features with a post that explores the many different types of air plants available! After all, if you enjoy collecting them, adding some diversity to your stash will certainly bring new design possibilities. Plus, it’s fun to be able to identify specific varieties and learn about what makes them special.

All of the air plants below are Tillandsias, which absorb their nutrients through their leaves (rather than the roots). Ready for a closer look at different types of air plants and some more specific Tillandsia species?… [air plants below from Etsy shop Greenwich Cottage]

Bulbosa Guatemala has a distinct form, with reaching arms that give it the appearance of a mysterious sea creature or an alien plant! A sea urchin is a popular display “container” for this interesting variety. [photo from Air Plant Design Center]

Bulbosa Belize will grow larger than Bulbosa Guatemala, spanning a width and height of up to 10 inches. With arms that reach more upward than outward, Bulbosa Guatemala is as stately as it is sculptural. [photo from Air Plant Design Studio]

Don’t think Tillandsia Bulbosa will remain green forever! When it comes to these types of air plants, the upper leaves turn red, and purple flowers appear. [photo from Jordan’s Jungle]

Other types of air plants with a sculptural form is the species Tillandsia Seleriana, which is known for its fuzzy exterior. Upward-reaching leaves make it a natural fit for modern containers. [Seleriana below from Etsy shop Spyloh]

You can even purchase a pack of 12 large Tillandsia Seleriana from The Air Plant Shop. The more, the merrier, right?!

Ionantha is one of the most beautiful, hardy and popular Tillandsia varieties, and the photos below show just how radiant Ionantha can be. Common characteristics (such as spiky leaves that blush as the plant grows) unite the different selections. Read on to learn more about this colorful air plant… [photo from Etsy shop Bloom Plants]

Ionantha Guatemala is known for its spiky leaves, as well as its vibrant red center. Beginning its life as an all-over green plant, it develops light red or pinkish coloring as time goes on. [photos below from Air Plant Design Studio]

Note the purple spikes that appear as the bloom cycle progresses, as well as the yellow flowers at the tips. Ionantha Guatemala is one of the most colorful types of air plants, making it very popular with design lovers! [photo from Etsy shop Air Plant Design Center]

There are many other varieties of Ionantha air plants, and they all have similar characteristics. Here are a few of our favorites, starting with Ionantha Fuego… [photo from Etsy shop NewDreamWorld]

The red-orange color of Ionantha Mexican gives its leaves a true vibrancy. Below we see selections from The Air Plant Shop:

The Ionantha Rubra plant also blushes as it grows, then produces purple blooms. Don’t be surprised if it forms small pups that you can eventually separate from the parent plant! [plants below from Wholesale Tillandsias]

If you prefer a big dose of pink when it comes to air plant blooms, check out Tillandsia Tenuifolia, which boasts hot pink spikes and flowers ranging from white to purple as it blossoms. [air plant below from Etsy shop Plant Oddities]

Tillandsia Tenuifolia is thick and sturdy, and it has a true tropical look. Below we see a selection from Etsy shop Jordan’s Jungle. Anyone else getting the urge to create an arrangement using driftwood and pebbles?…

Also known as the giant air plant, Tillandsia Fasciculata commands attention with its striking form and large scale. Keep reading to learn more about our favorite varieties… [plant below from Cactus Jungle]

If you’re a fan of color and you love grand statements, Fasciculata Tricolor just might be for you. As a whole, Fasciculata are larger than many air plant selections, making them excellent statement pieces. [air plant below from Etsy shop Air Plant Design Center]

Not only does Fasciculata Tricolor feature strong, spiky green leaves, it boasts a large yellow and orange bloom that’s hard not to love. The look is lush and tropical. [photo from PlantaBrutt]

As with all of the air plants featured today, Tillandsia Fasciculata is not in bloom at all times. In fact, it is often shipped in its non-blooming state, which is still pretty amazing in our book! Below we see a selection from Air Plant Supply Co.:

Last but not least, here’s the Tillandsia Fasciculata crossed with Tillandsia Streptophylla, available via Etsy shop CTS Airplants. Look at those curly leaves!

Light green leaves make Tillandsia Harrisii a subtle selection…until red and violet blooms appear! Named after American botanist Bill Harris, this plant can be purchased in a variety of sizes through retailers such as Air Plant Supply Co.:

Here’s a large version of Tillandsia Harrisii, which you can order from Mountain Crest Gardens. Imagine this stunner as the focal point of a table centerpiece:

In fact, Tillandsia Harrisii is ideal for terrariums and other display containers, as shown below in an arrangement from Air Plant Studio:

A bold red hue makes Tillandsia Abdita one of the most colorful species of air plants. Typically green, this Tillandsia turns red as it blooms. For this reason, it’s a fun plant to display, as shown by this murex shell arrangement from Air Plant Studio:

In fact, its outreaching spread of red leaves makes it a popular choice for hanging planters and other modern and minimalist air plant containers. This hanging planter/air plant duo can be purchased from Etsy shop Cor:

And of course, because of its vibrant hue, Tillandsia Abdita is often included in “variety packs” of air plants, as it adds colorful diversity to a curated bunch. Can you spot the Abdita in this collection from Etsy shop Air Plant Design Center?

Can you spot the wispy air plant in the collection above? The one with the long, thin leaves? You’re looking at Tillandsia Juncea, which is distinct in its slender yet strong presence. Below we get a closer look at a few tall selections from Etsy shop Pipe Dreams Decor:

This air plant species is a true standout, making it perfect for adding variety to a collection of air plants, particularly if more height is needed. [Tillandsia Juncea below from Etsy shop Plant Oddities]

Spiky leaves and distinct white blooms are two standout features of Tillandsia Cocoensis, which isn’t as widely sold as some of the other selections featured today. Exotic and unique, this air plant makes a big impact, even at a small size. Tillandsia Cocoensis air plants from Etsy shop Hello Tilly (shown below) are $5 apiece:

Tillandsia Cocoensis are unique in their beautiful white blooms. Below we see a selection from Etsy shop Plant Oddities:

Often more expensive due to its size, the plant can reach up to three feet in diameter. Long, silvery green leaves are a trademark feature. [air plants below from Etsy shop Marluna Designs]

The large nature of this air plant also makes it ideal for hybrids! For example, the hybrid below (from Etsy shop Spylo) is created by crossing Tillandsia Xerographica with the lush Brachycaulos. The result: a sculptural Tillandsia that comes in a variety of green shades, sometimes with pink spots.

You can even purchase the pups of the Tillandsia Xerographica, as shown here by this batch from Etsy shop Marluna Designs. Get them while they’re young for $4 apiece!

If you’re beginning to collect air plants and you’re wanting to enjoy a variety of species, consider ordering the plants in a group. Many retailers offer special deals that bundle interesting selections and ship them to your door. This air plant collection can be ordered through Air Plant Supply Co.:

Now that you know more about air plant species, tell us about your favorites by leaving a comment below! Will you be adding a collection of air plants to your home this season?… [photo from Garden Envy] 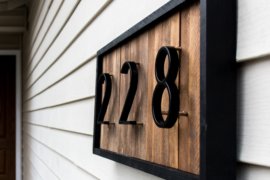 20 Creative House Number Ideas To Show Off To Your Neighbors 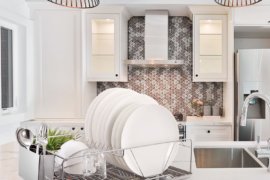 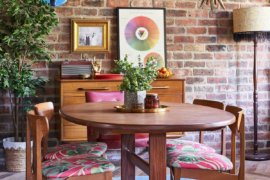 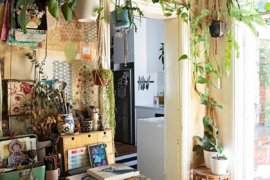