There are doubtless those who harbour contempt for plastic, a material frequently subjected to negative press and often viewed with overbearing disdain. This writer is not one of those people. I believe firmly in the capacity of plastic to make celebrated, beautiful and classic design objects. It is, in truth, a supreme material.

The ‘Jelly’ vase is a retro/modern design fusion from Spanish architect and designer Patricia Urquiola for Kartell. The unique structure of its surface emphasises an interior whose appearance is one suggestive of jelly. Made in Kartell’s signature plastic form (using mass-dyed or metallic transparent PMMA), the Jelly vase has a pleasing and cool contemporary aesthetic. 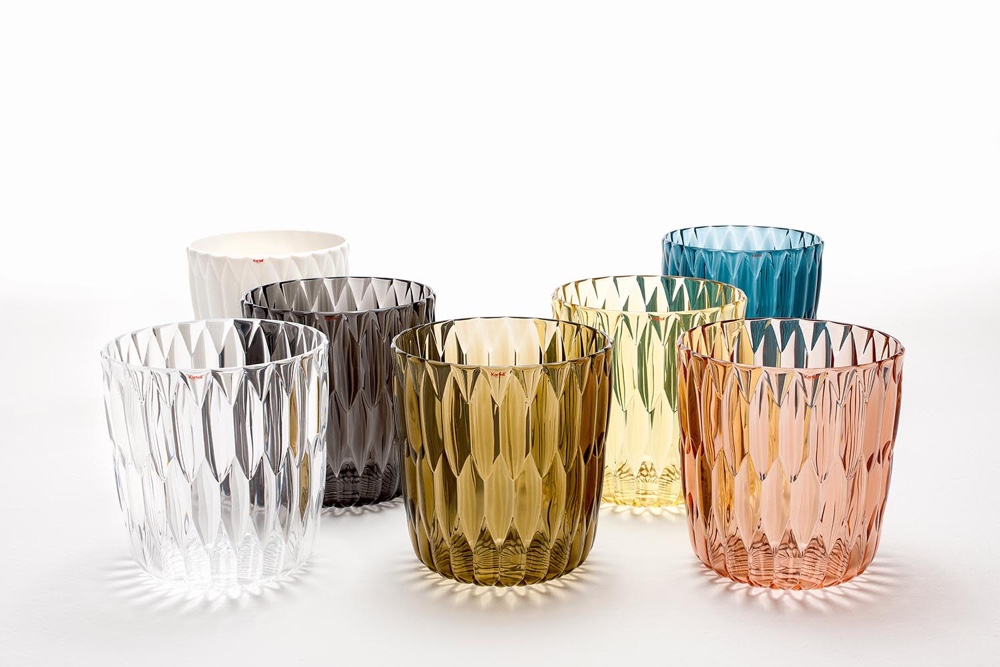 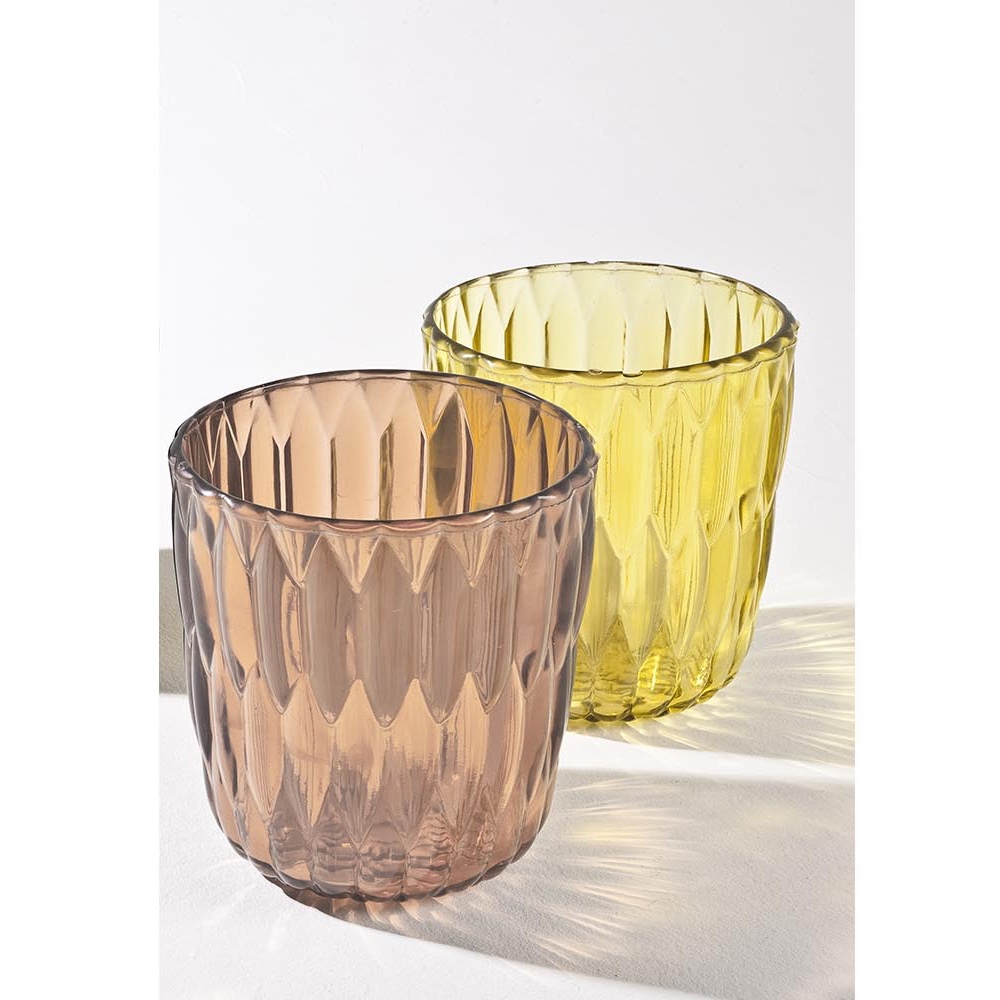 Postmodern, unconventional and modish, these stool and vase designs, from the celebrated Austrian-born Italian architect Ettore Sottsass for Kartell, are “Memphis” design to a T. Each piece is made using mass-colored thermoplastic technopolymer. (Read more on Ettore Sottsass and the Memphis Movement here: 20 Images That Capture the Spirit of Memphis Design.) 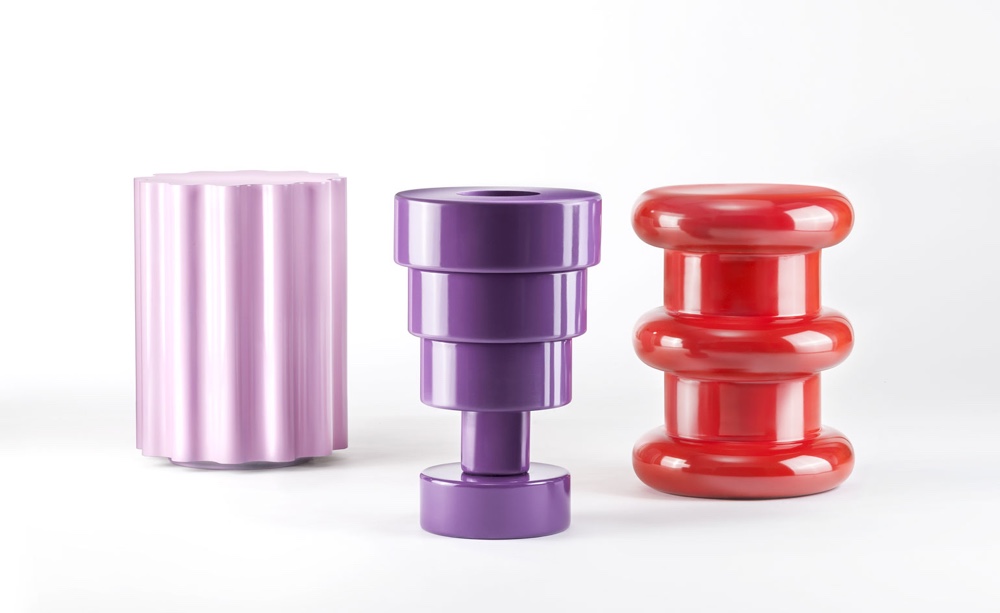 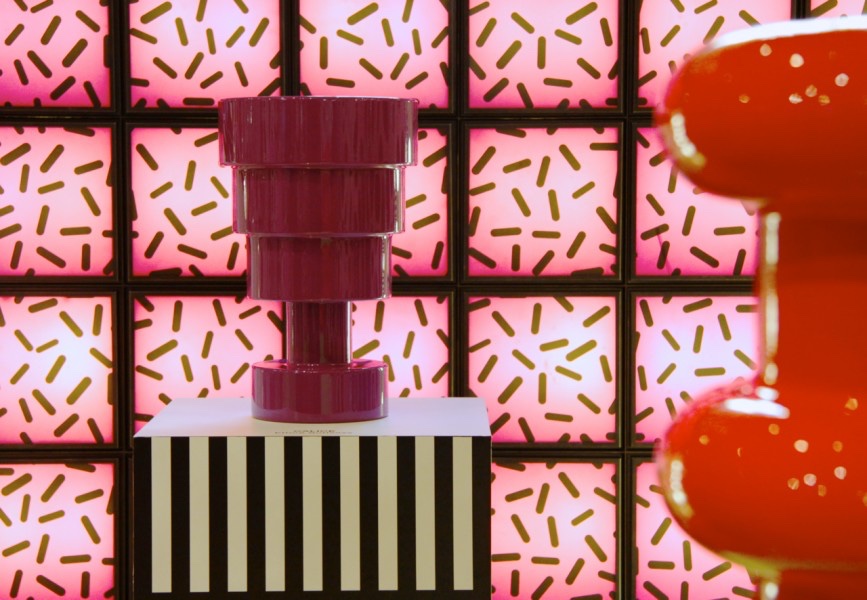 British design studio Industrial Facility designed these smart Formwork Accessories for American manufacturer Herman Miller. The attractive containers, for use in the office and across the home, are made with ABS plastic (acrylonitrile-butadiene-styren is a hard composite plastic) and have a non-slip silicone base. 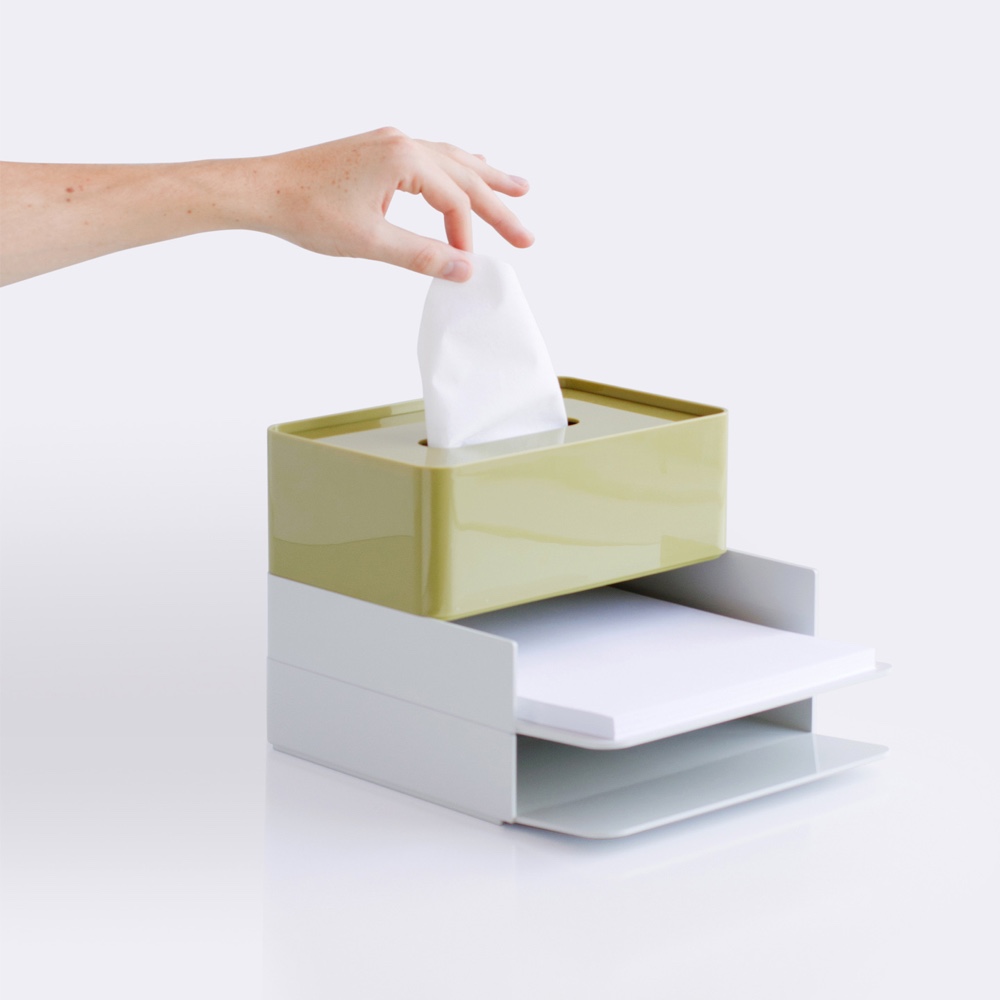 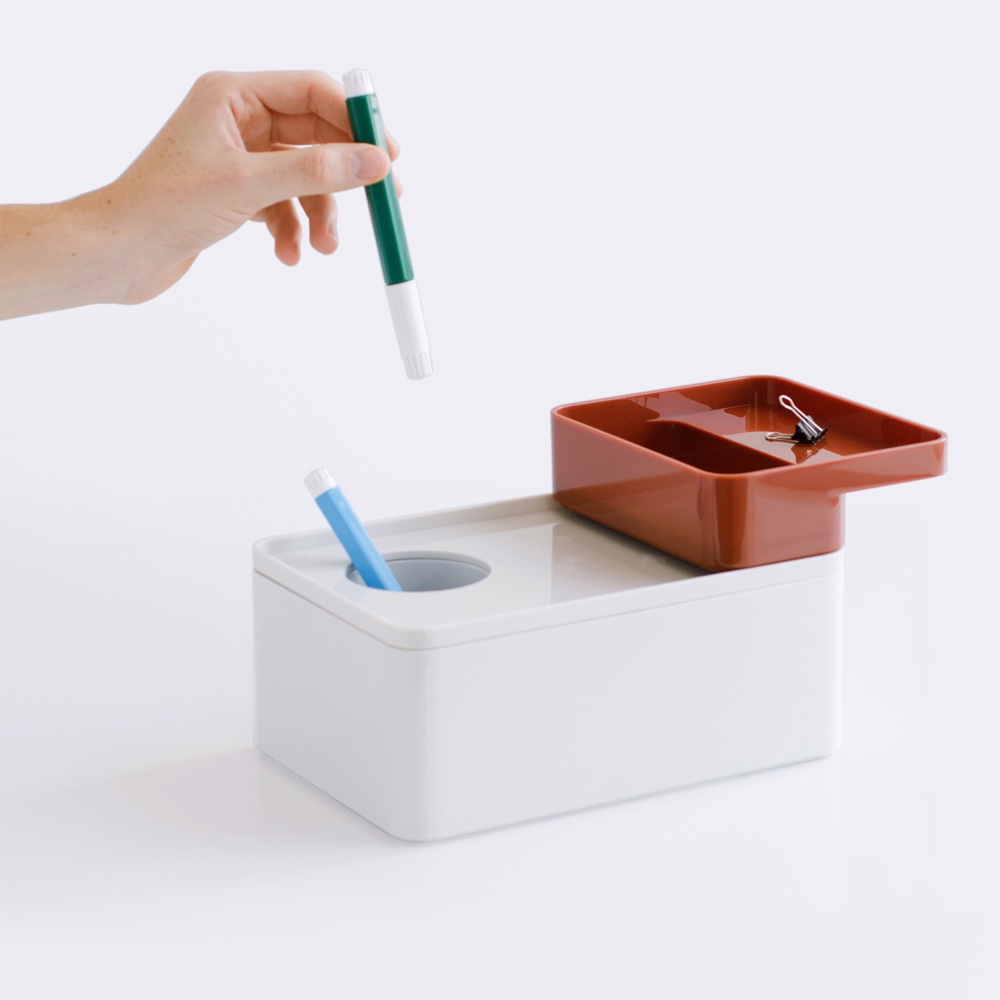 An Abridged History of Plastics (Part I)

The Eames Elephant was designed in 1945 by Charles & Ray Eames. Originally made of plywood, the design was not produced. The Elephant is now manufactured in plastic by Vitra and has become a design icon for kids and adults alike. 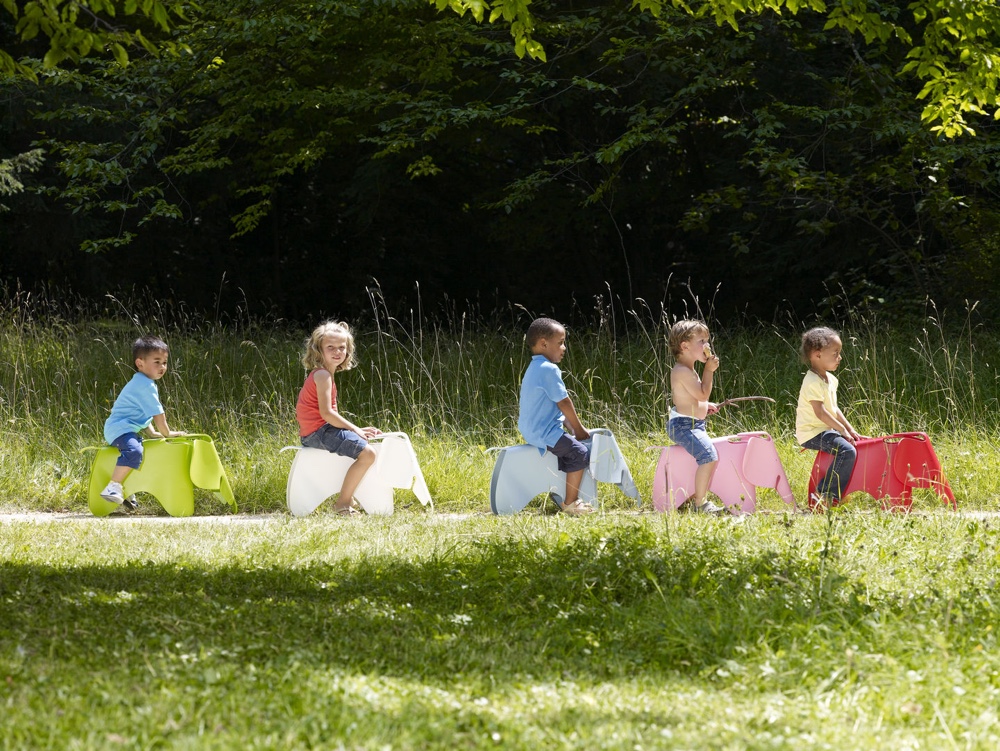 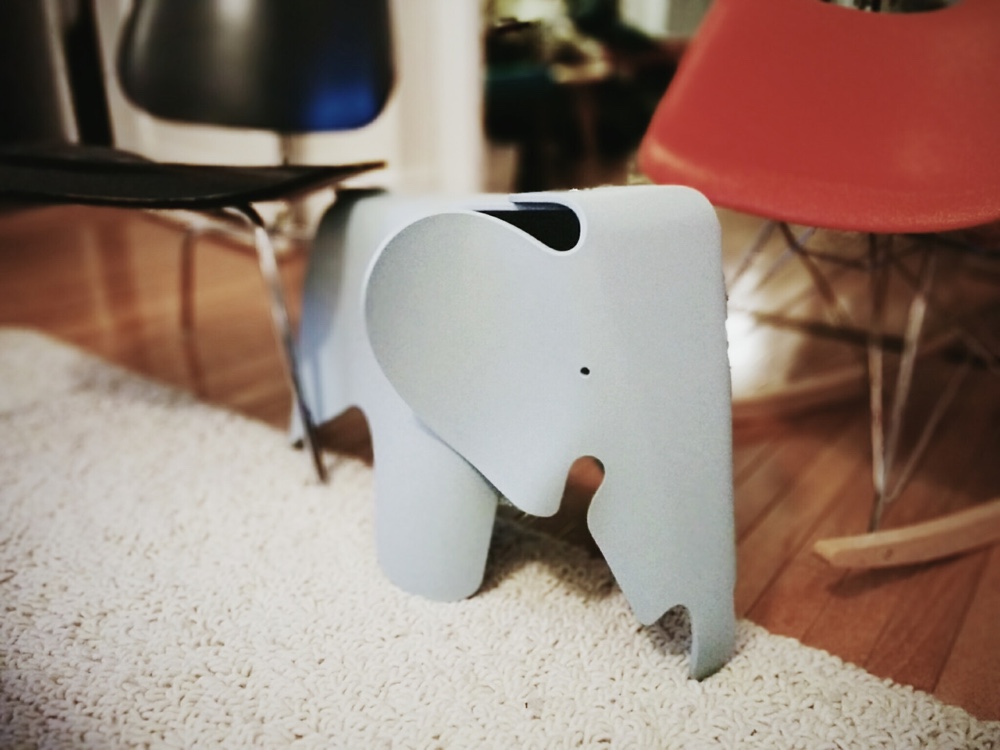 Image via The Eames Restoration Project.

Arne Jacobsen designed his Table Clock in 1939 for the private residence of the director of Lauritz Knudsen (a Danish leader in electrical equipment, intelligent systems and solutions for data and communication). The Table Clock was, in part, influenced by Lauritz Knudsen’s use of moulding with plastic, a material marvel at that time. Today, the Arne Jacobsen Table Clock is made using hardened glass and plastic by the Rosendahl Design Group. 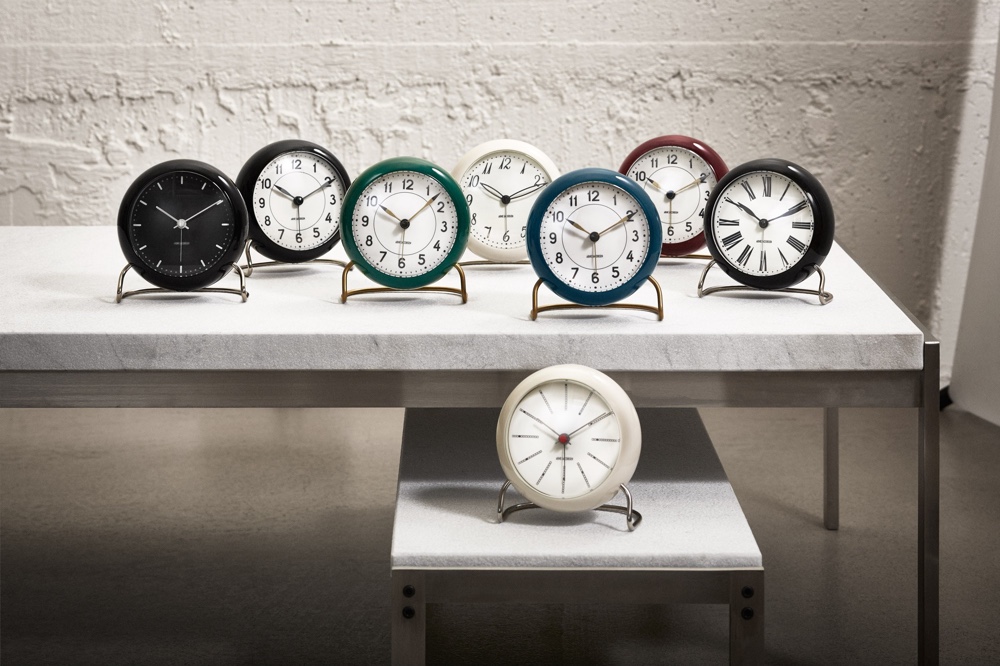 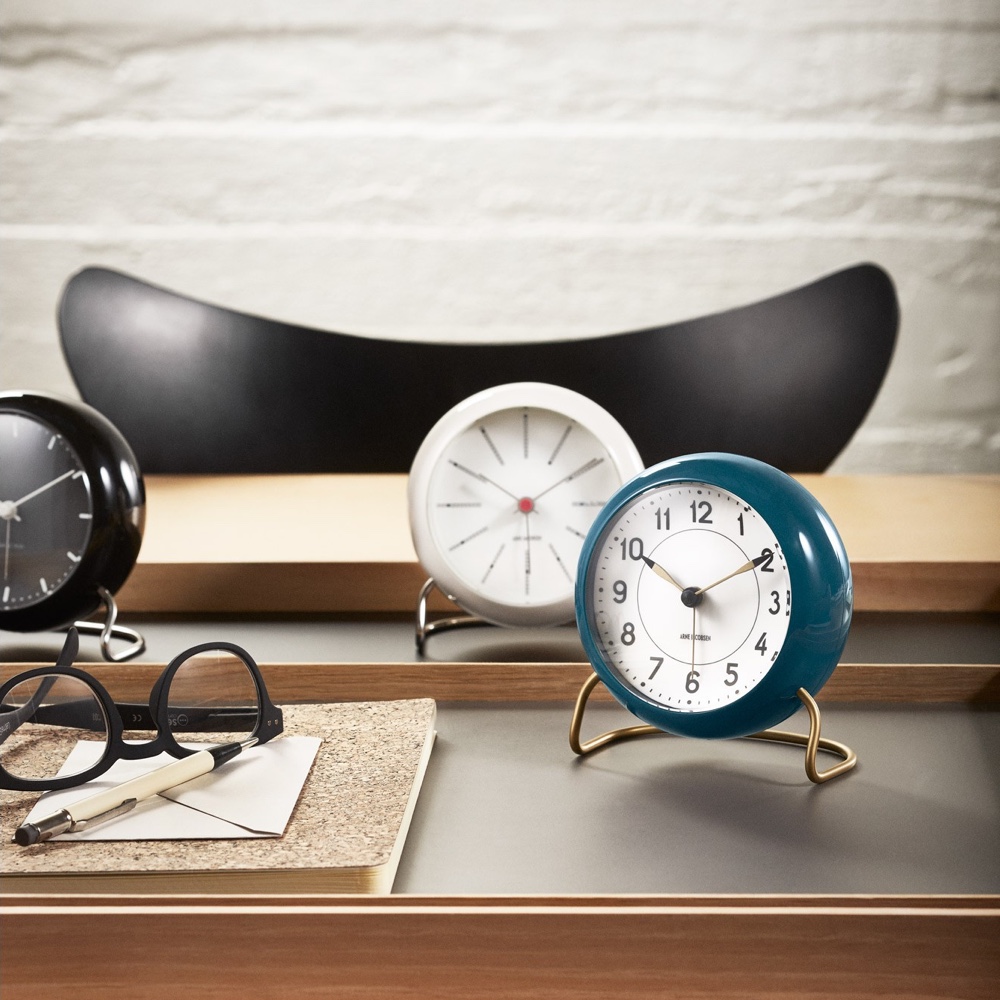 Tip Ton is a solid plastic chair designed in 2011 by Edward Barber & Jay Osgerby for Vitra. The chair’s forward tilt motion helps to straighten the pelvis and spine and so improve circulation to the abdominal and back muscles. 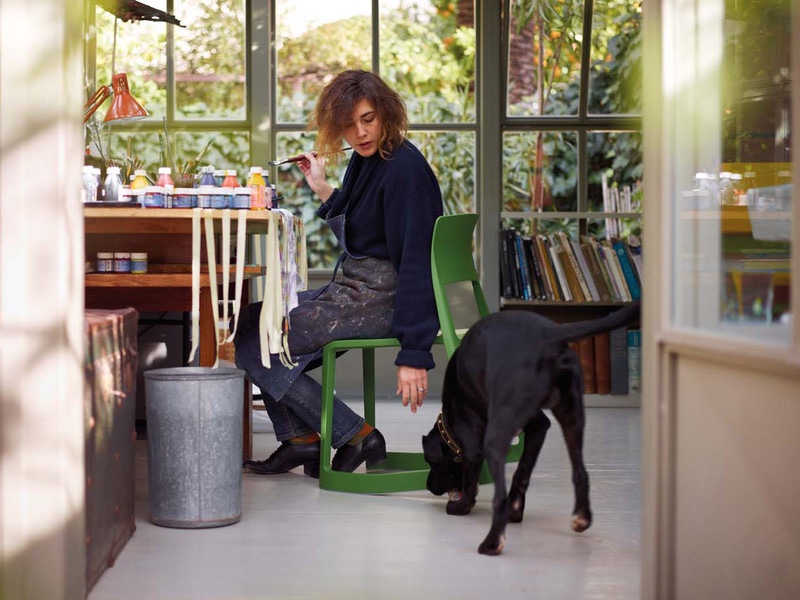 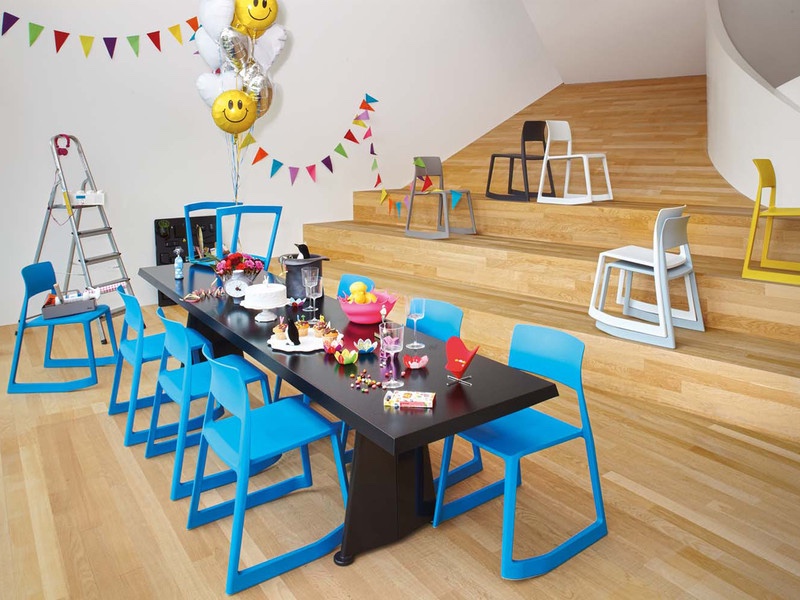 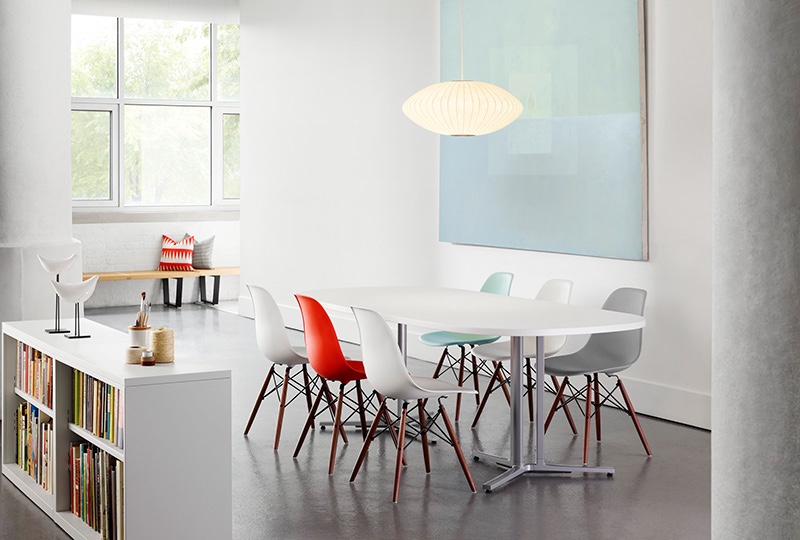 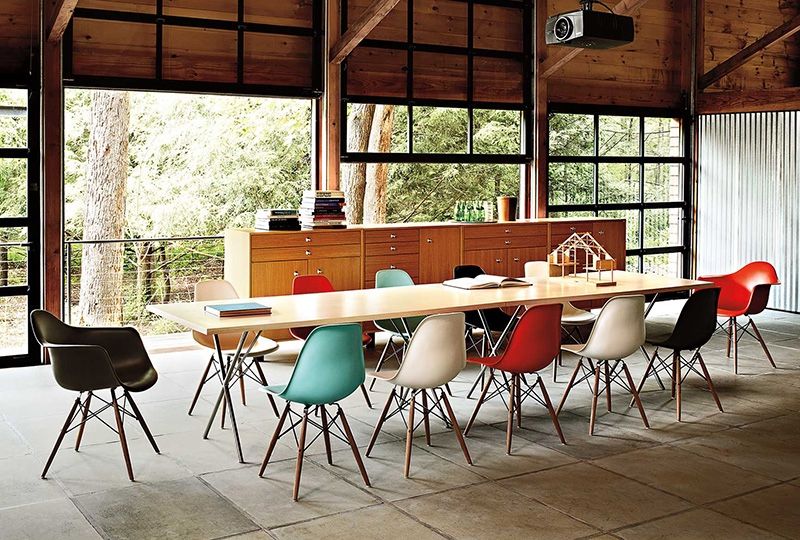 The Componibili Storage Unit was designed in 1968 by Anna Castelli Ferrieri for Kartell. A design classic, the unit is functional, adaptable and clever, having numerous uses across the home. Round and square stackable modular units are available in several sizes and colors. Standalone units are also available. The Componibili is made from ABS plastic. 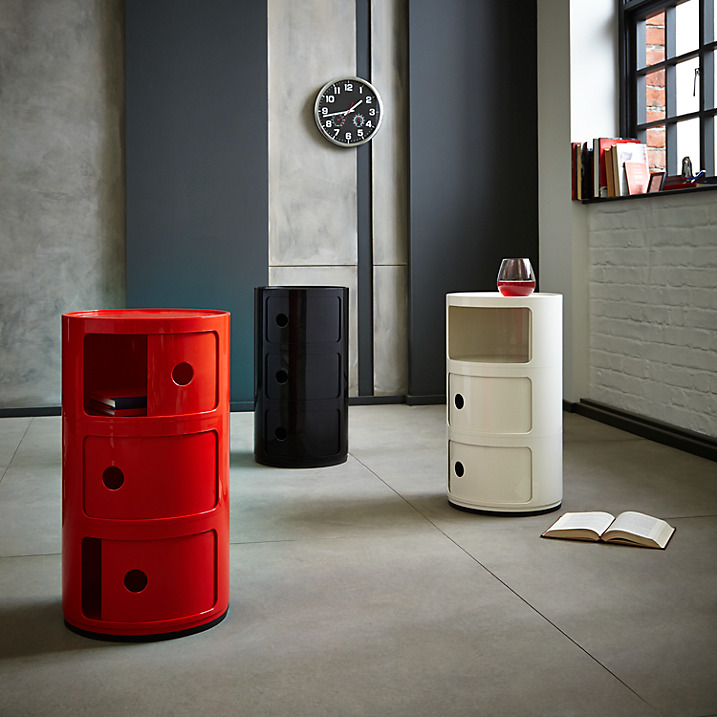 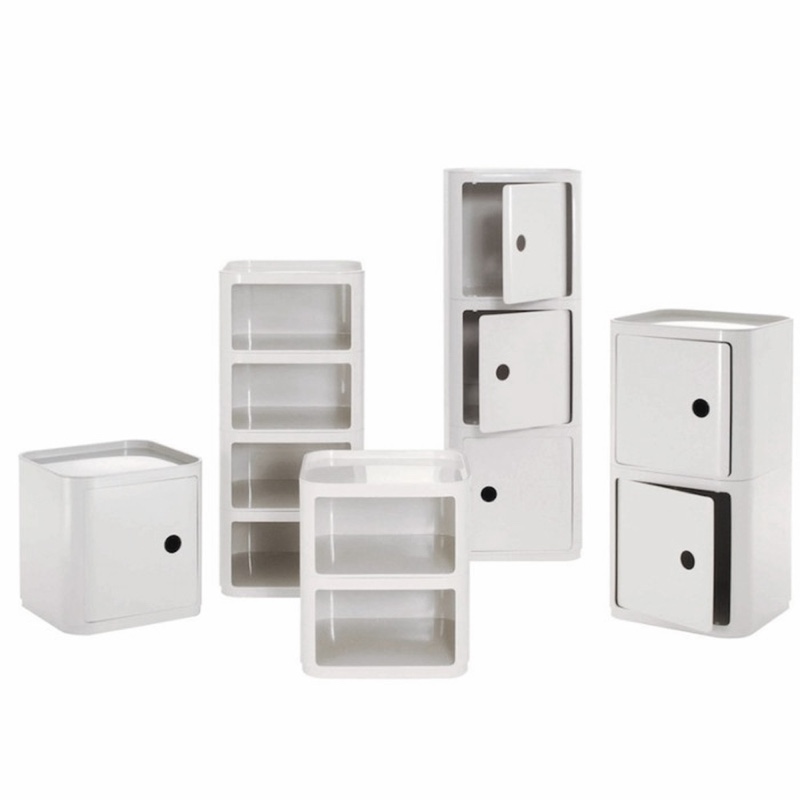 The Elephant Stool was designed in 1954 by celebrated Japanese designer Sori Yanagi and is made using dyed-through polypropylene. Clean, minimal and functional, the stool’s organic form is a beautiful example of post World War II Japanese design. For use both indoors and out, the Elephant Stool offers an extra seat, a step up and a picnic companion. A versatile little helper, the stool is stackable too. 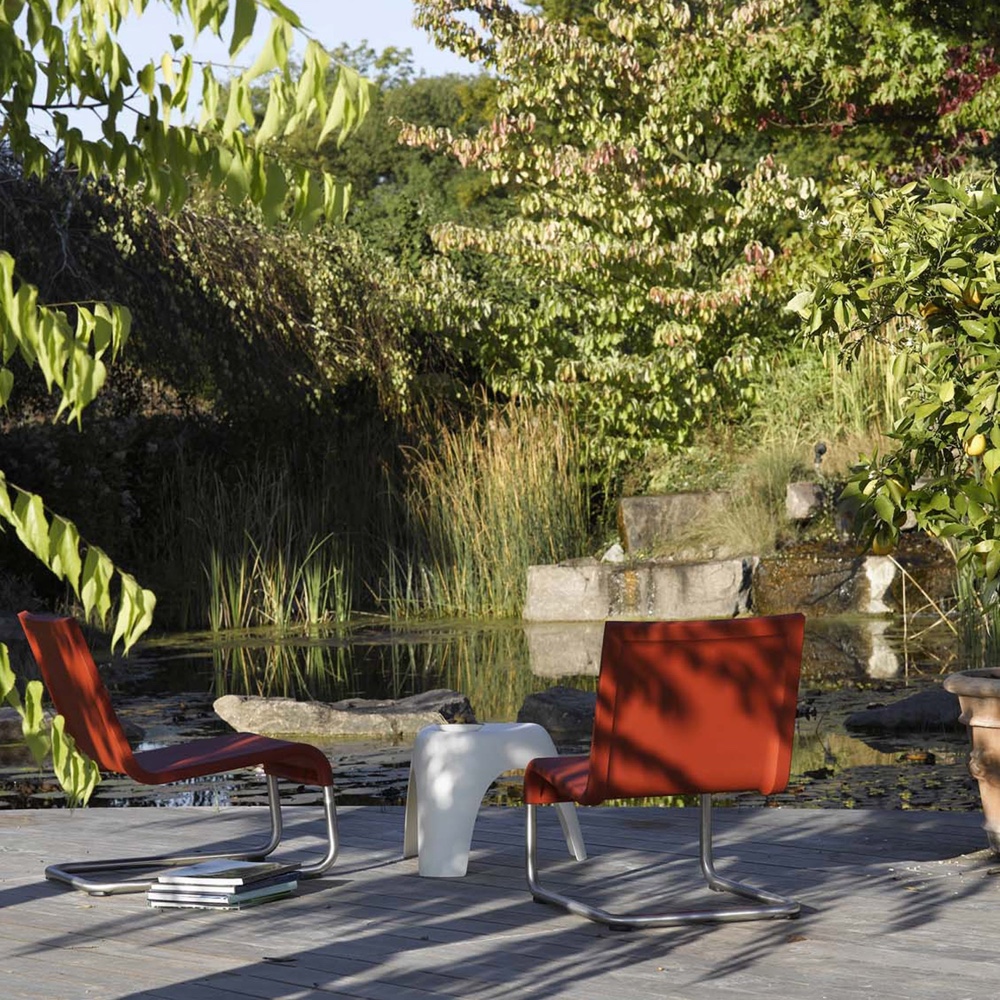 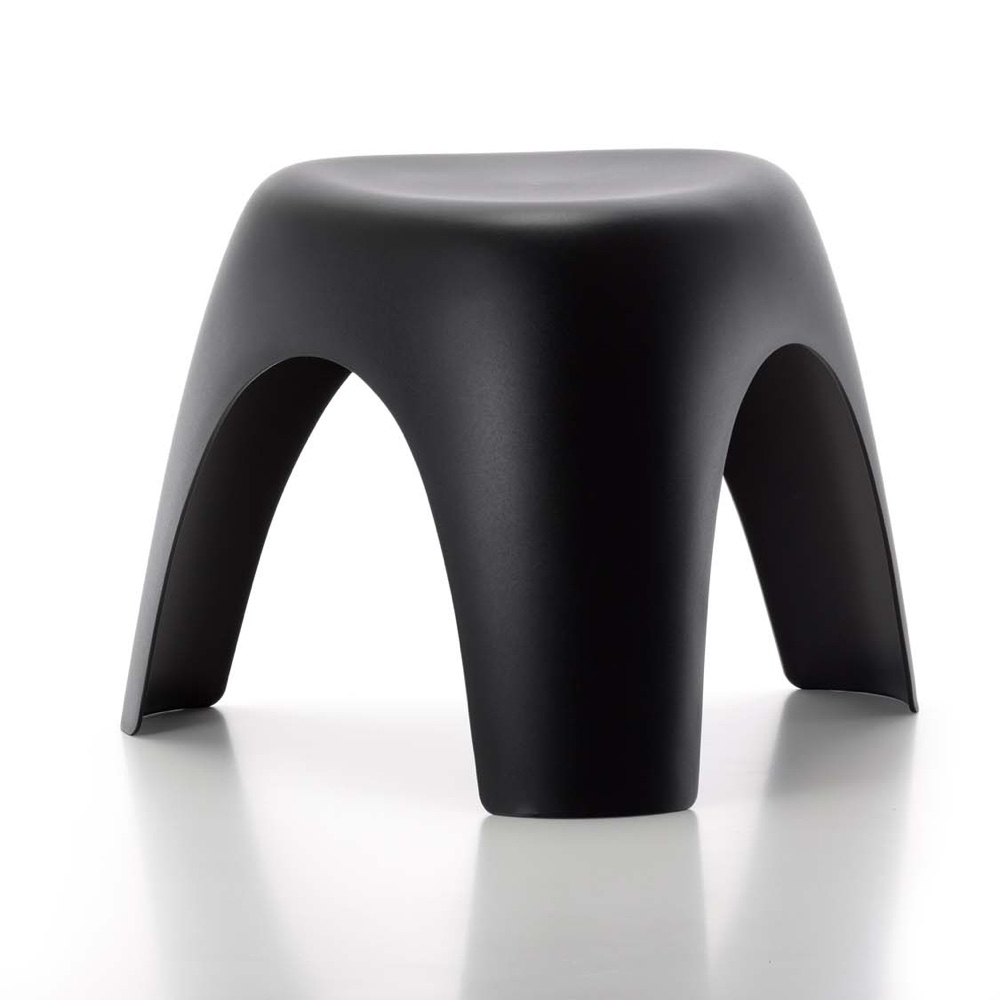 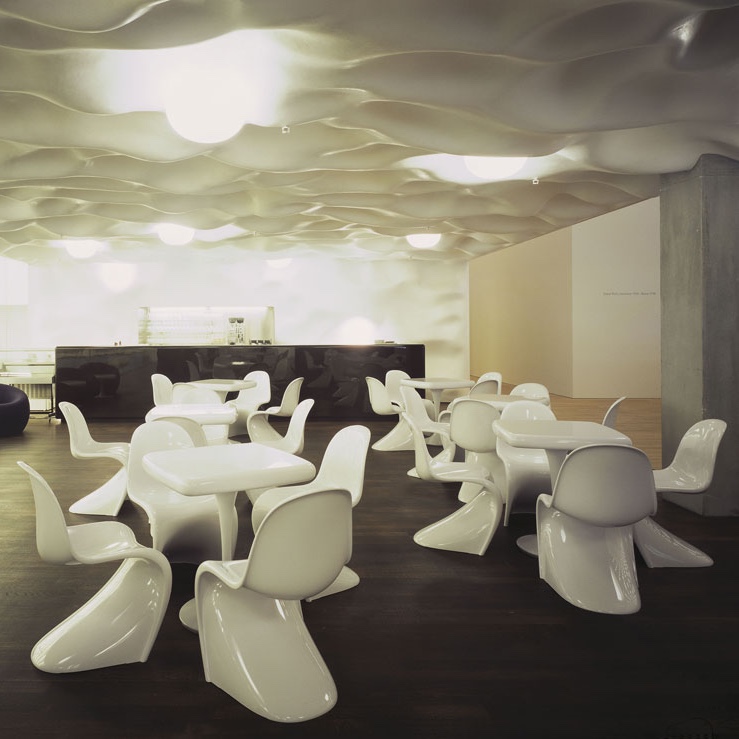 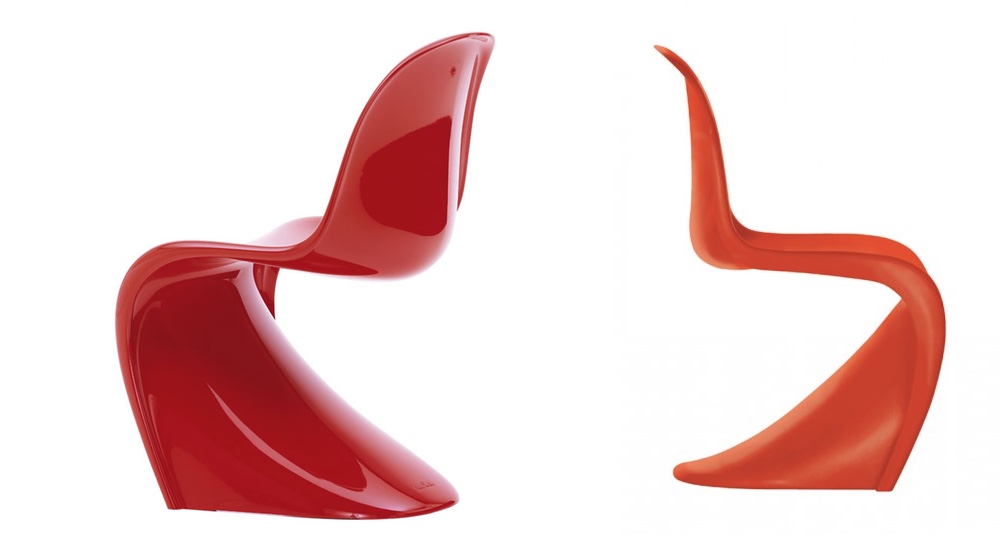 The Panton Chair (an affordable and widely used option) has only been in production since 1999, when Vitra conceived the chair out of a durable dyed-through plastic and matte finish. With its cantilever base, anthropomorphic shape and flexibility, the chair offers great comfort. 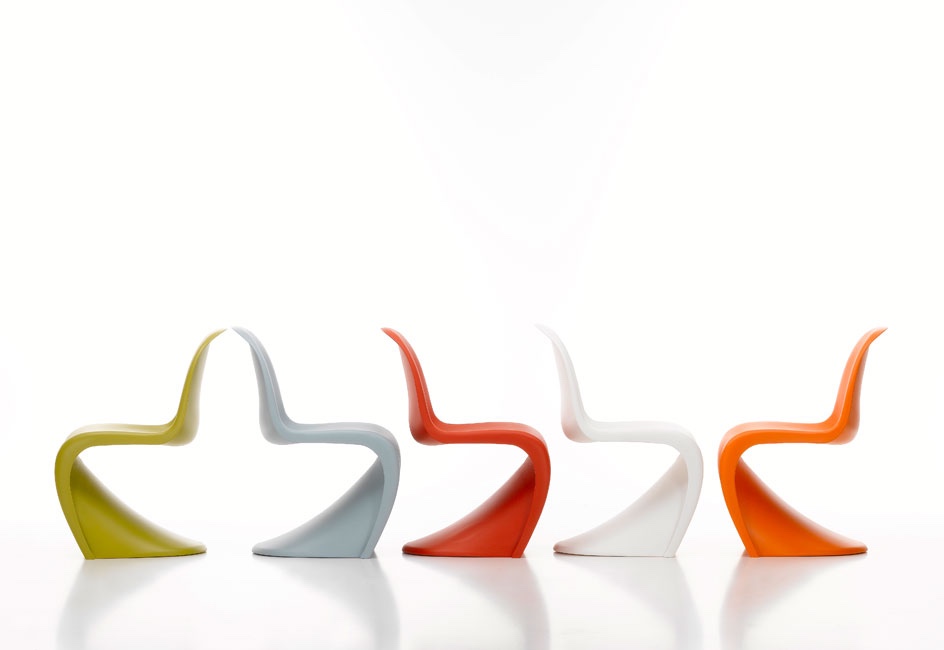 Why Plastic Is Good

Despite the often negative publicity directed at plastic, it can have many benefits: from saving energy (plastic accounts for a tiny percentage of the crude oil and natural gas consumed annually) to hygienic healthcare use and better insulation. (Source: Aotea Plastics Industries Ltd) Moreover, plastic is a highly durable material, long-lasting, malleable and (for the most part) recyclable. In design terms, plastic has had an incredibly positive impact on what constitutes good design.