There is nothing more alluring than the idea of a home with a dynamic façade that changes its form and completely alters its aura at the mere press of a button. Operable windows, wooden slats and other smart ventilation systems often achieve this with ease, as they blend functionality with captivating aesthetics. Located on a lush green lot just outside the city of Linz, this Austrian home adopts a similar approach, as its perforated steel shading system instantly turns a glassy and classy façade into a modern, metallic masterpiece. 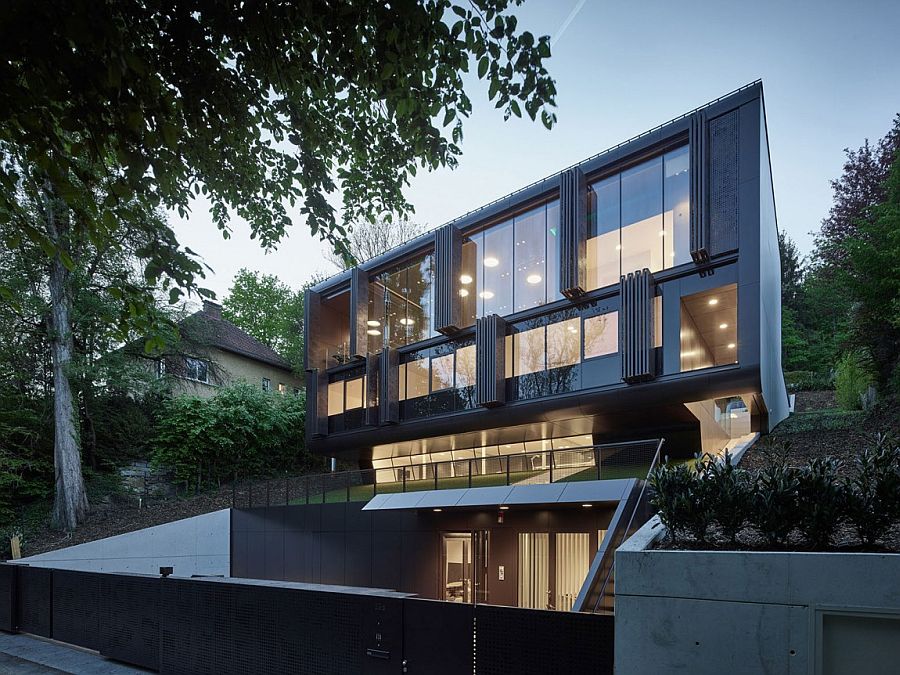 Designed by Archinauten, the steel folding elements were placed to regulate temperature and the amount of sunlight that seeps indoors, even as they provide ample privacy to an otherwise distantly ‘open’ home design. Since they are electrically driven, the shading system is uber-easy to operate and drastically alters the appearance of the home. But the smart features of House GT do not end here, as the top level glass living area that opens into a cut-out garden is another showstopper that instantly wows you.

Greenery around the residence adds to its appeal as panoramic views from the various levels promote a relaxing lifestyle. The lower floors of the house contain the entrance, luxurious private quarters, additional workspaces and utility rooms that showcase a refined contemporary style. 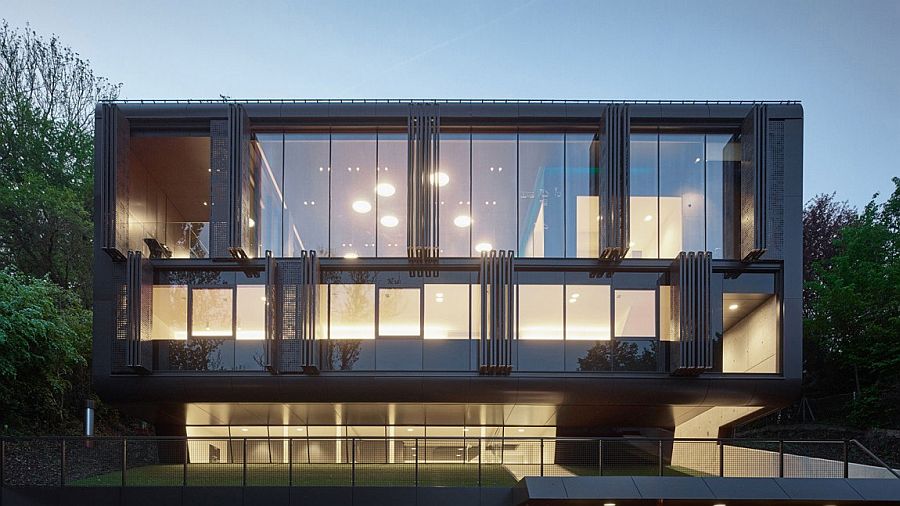 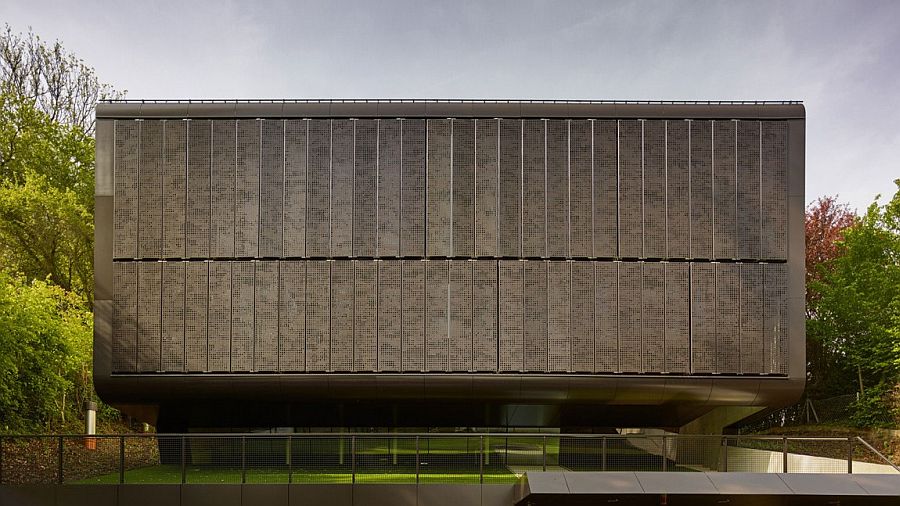 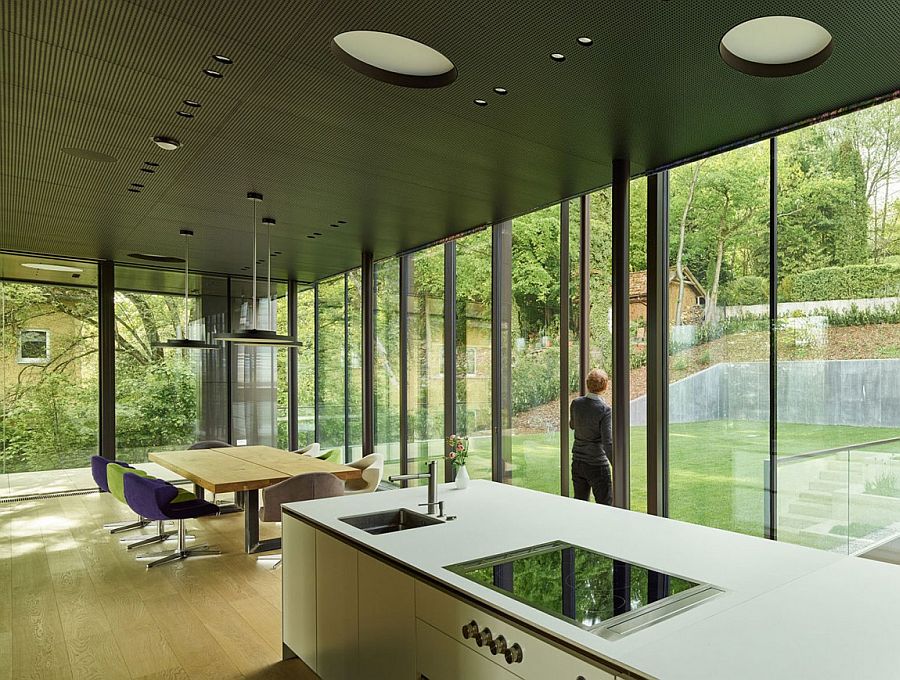 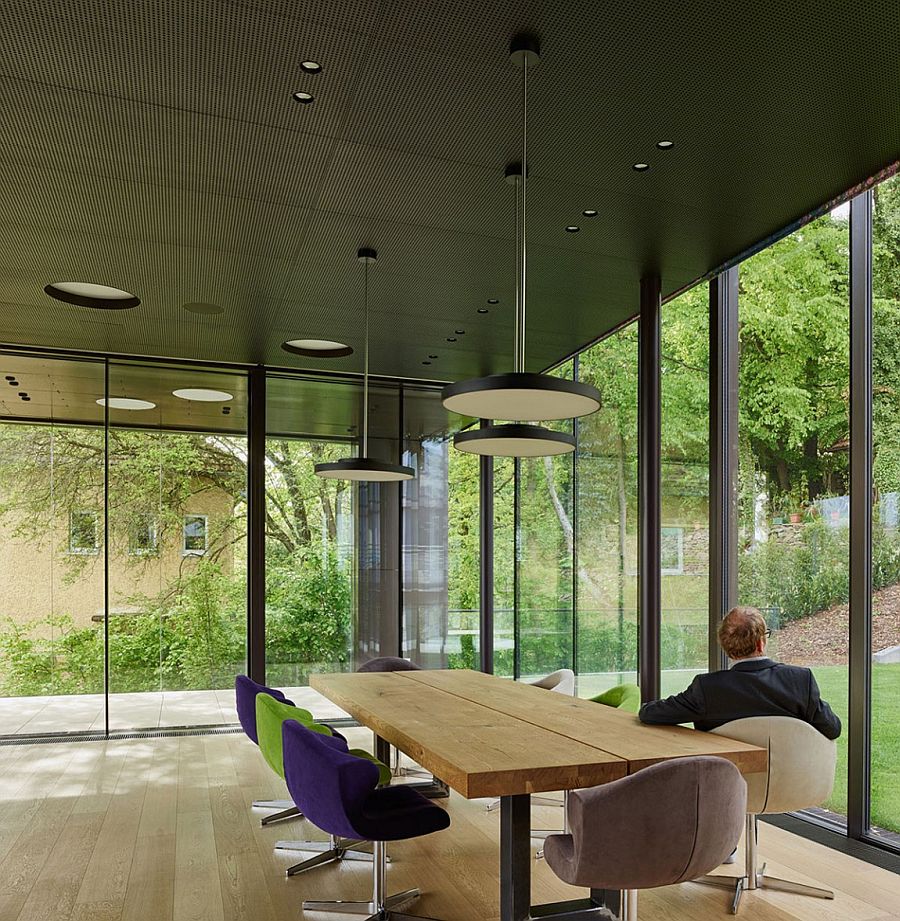 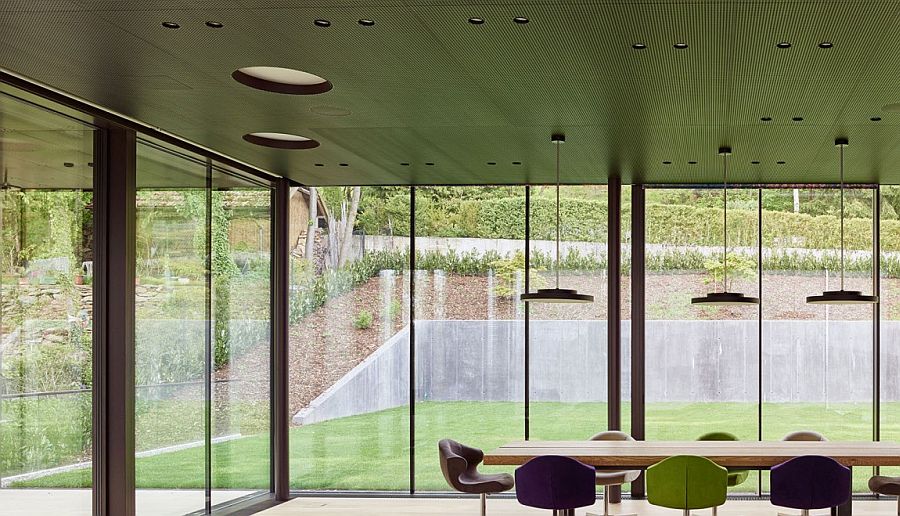 The entrance on the ground floor connects the street and lift to the upper floor by an entrance hall with a huge roof light area. The light source, a line of windows, which covers the whole front, works as a boundary for the cantilevered upper floors. 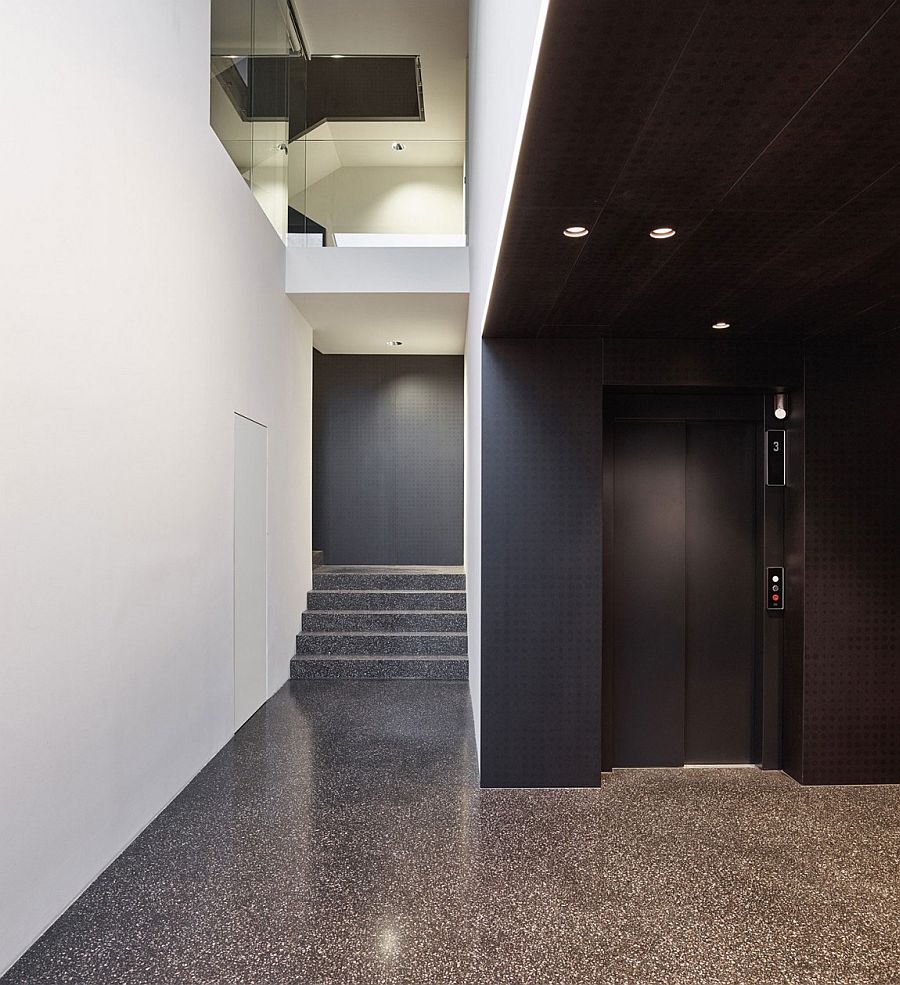 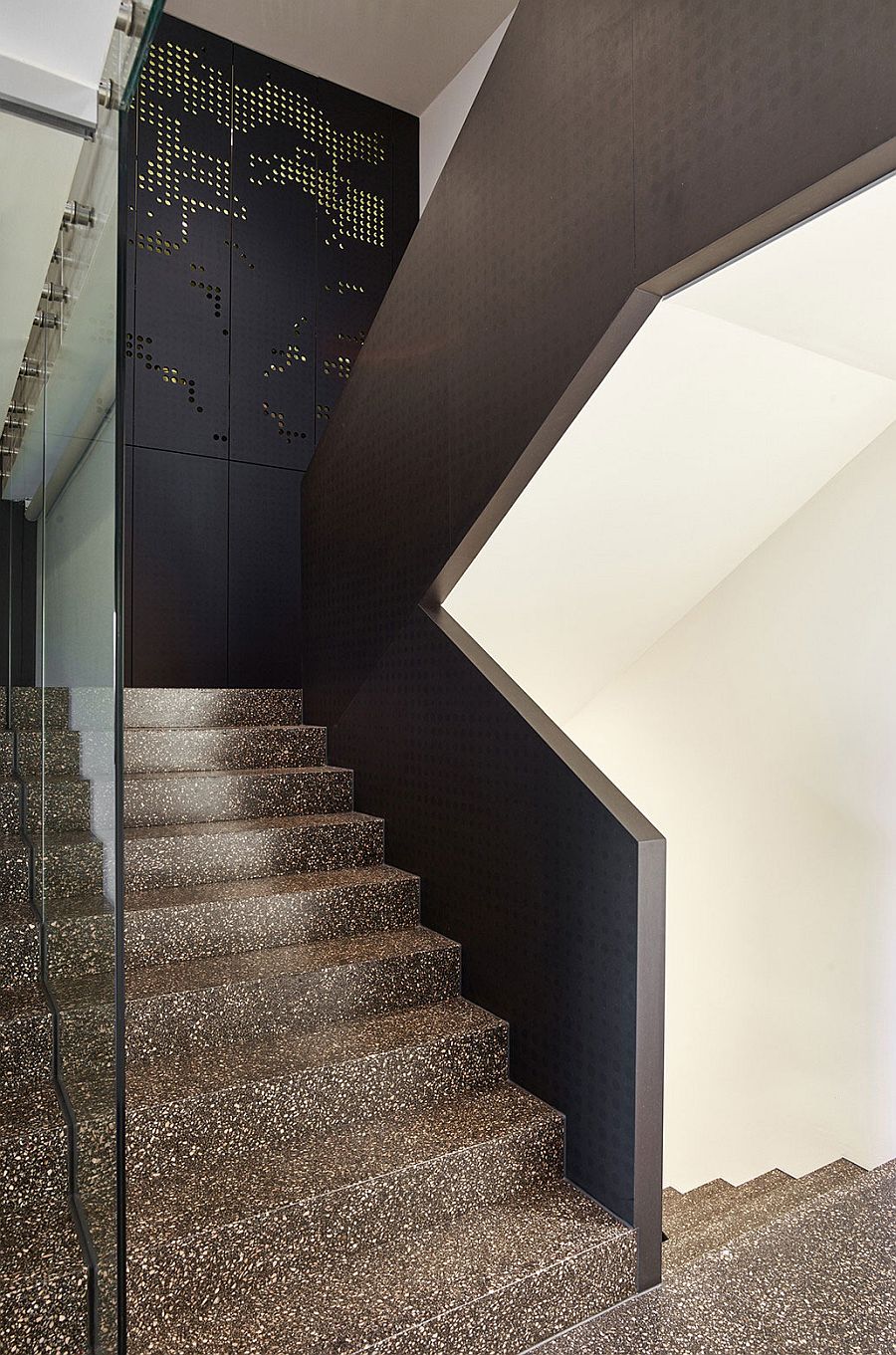 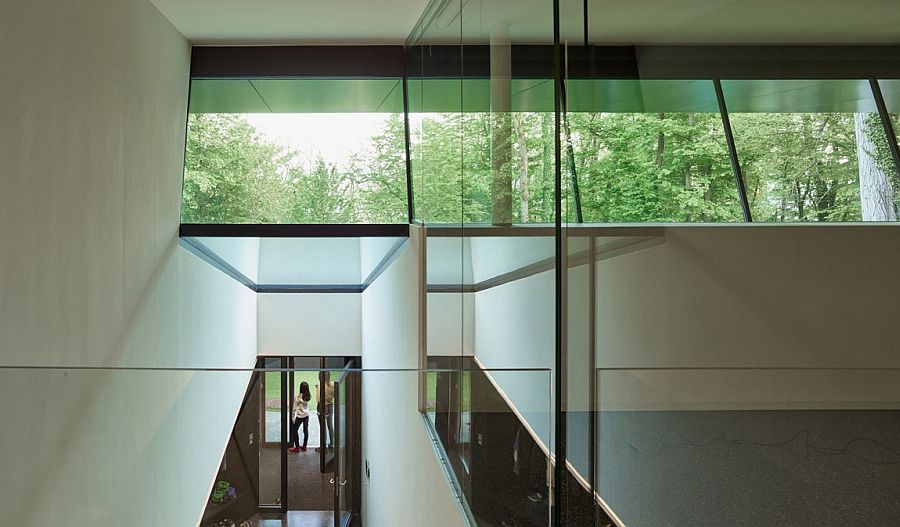 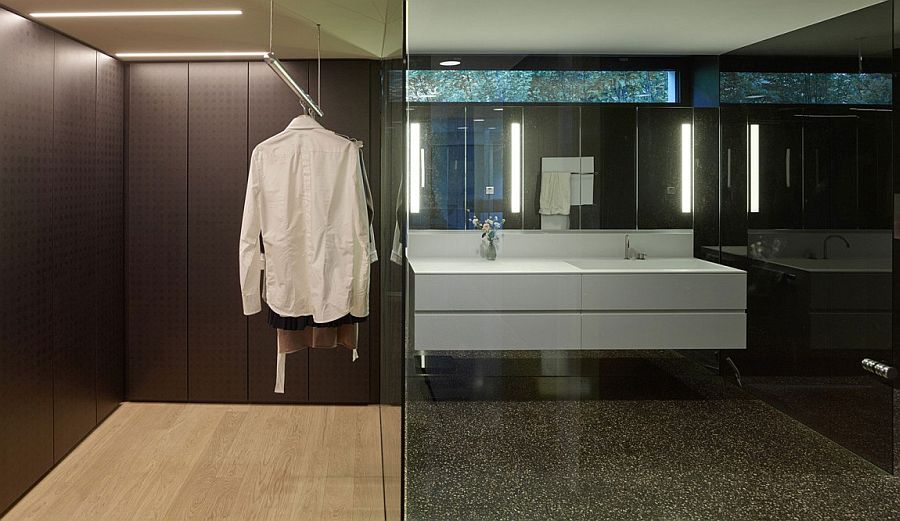 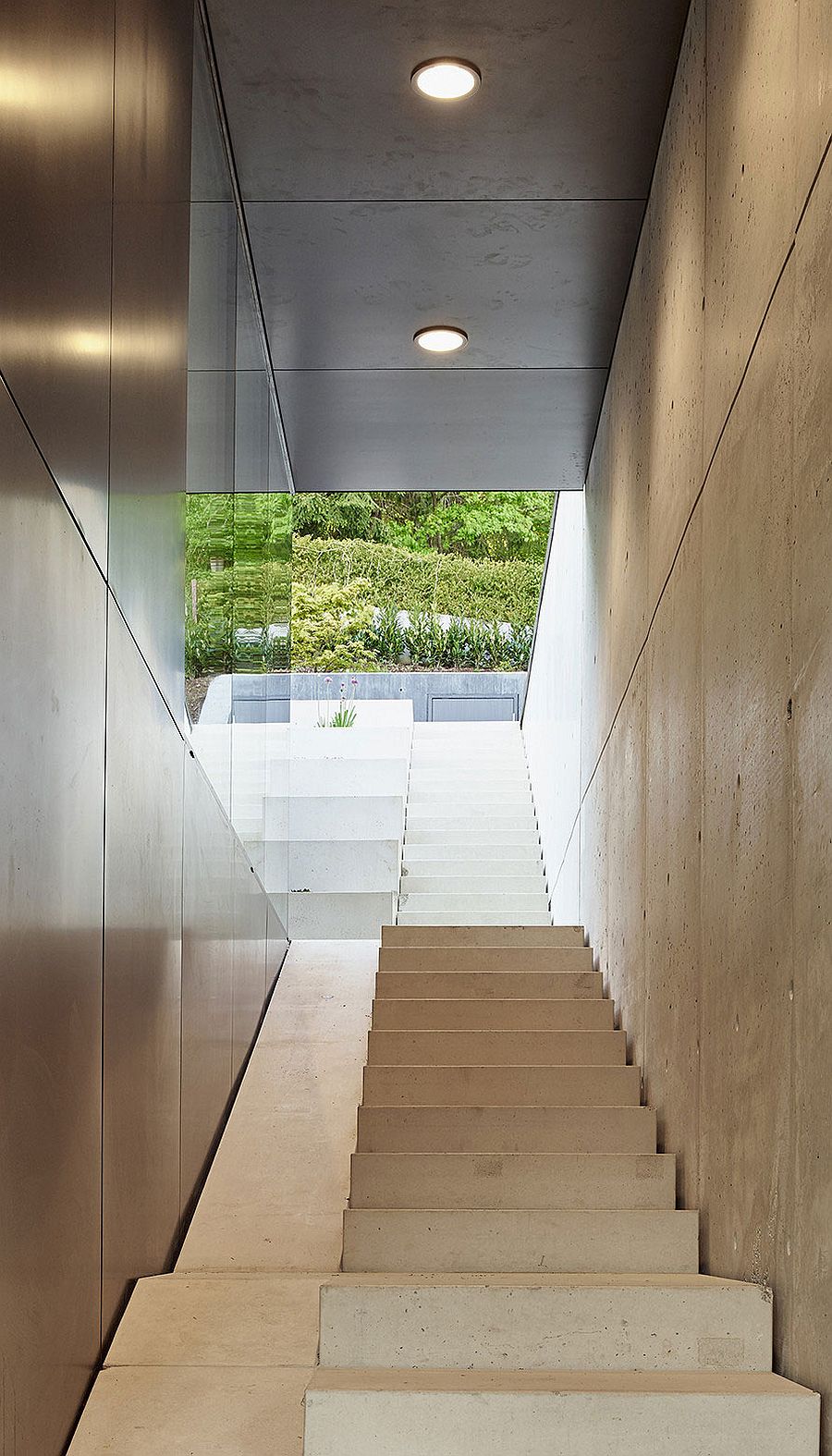