Make This Pretty DIY Party Banner (It’s Much Easier Than It Looks!) 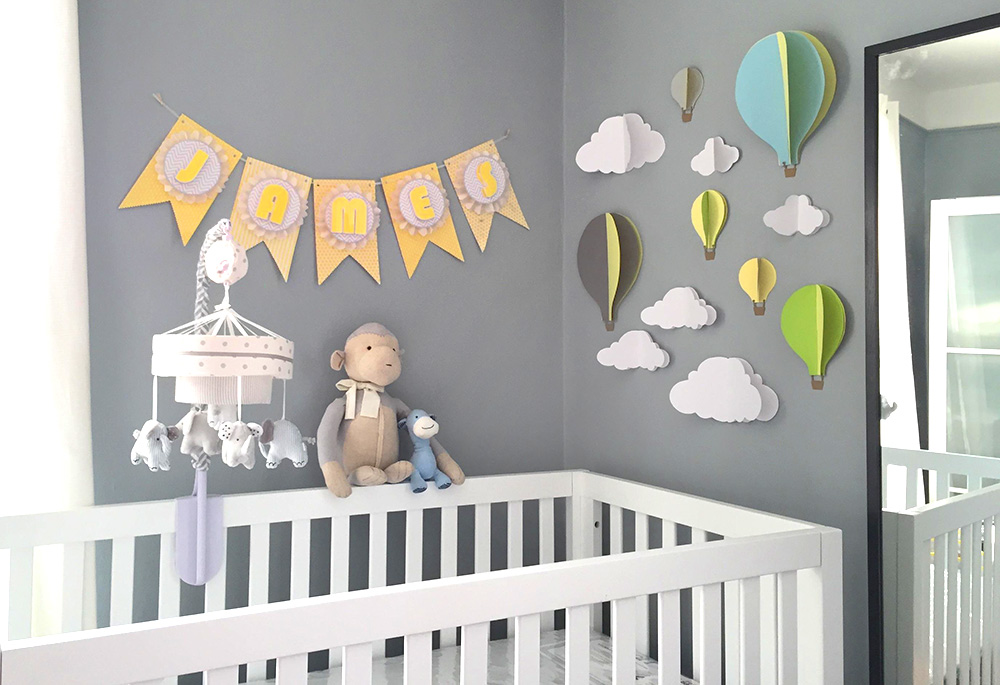 You know you’ve reached a certain age when your weekend plans start to include more bridal and baby showers than nights out at the bar. Thankfully, I relish any excuse to craft, so you won’t hear any complaints from me! If you’re part of a shower planning committee and are looking for the perfect congratulatory banner, follow my DIY tutorial below to make one that looks so intricate everyone will think you purchased it at a store. Only you will know how simple it is to create!

Here’s what you’ll need to get started… 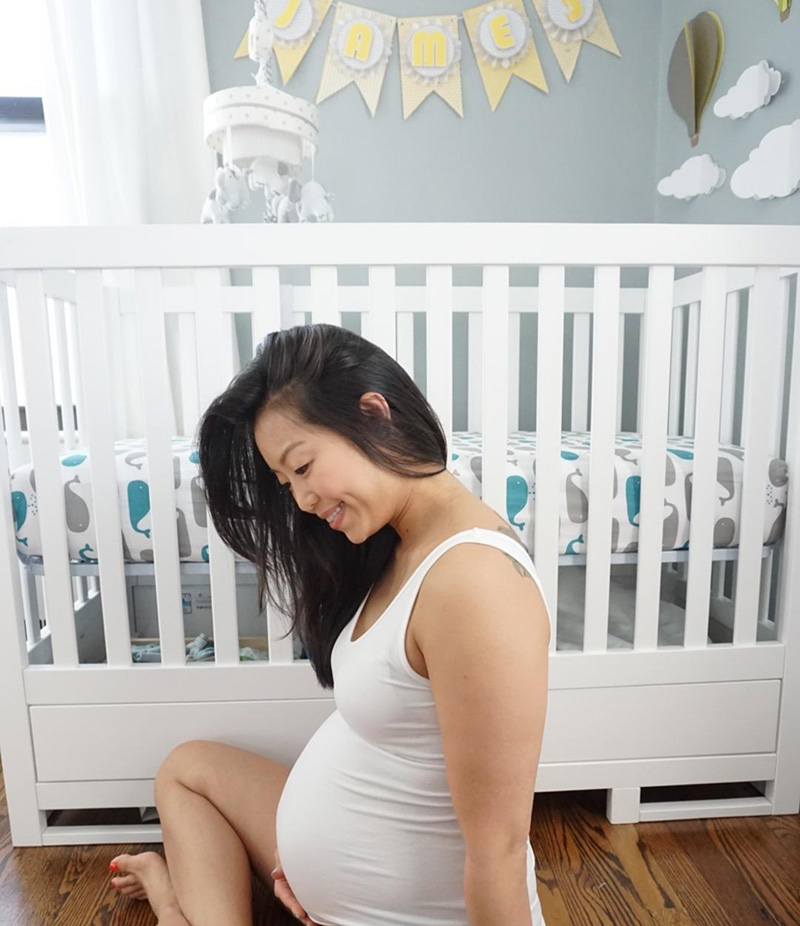 I made this yellow and grey banner for my dear friend Christina to celebrate the arrival of her son James. Doesn’t she look so lovely gazing down at her belly? The belly is gone now but the banner isn’t because Christina saved it after the party and now it hangs above James’ crib.

Step 1: Place your small bowl upside-down on top of a piece of solid colored construction paper and trace around it. Then cut out the resulting circle. Repeat for every letter in your guest of honor’s name.

Step 2: Next spell out your guest’s name by sticking an adhesive letter in the center of each colored circle. 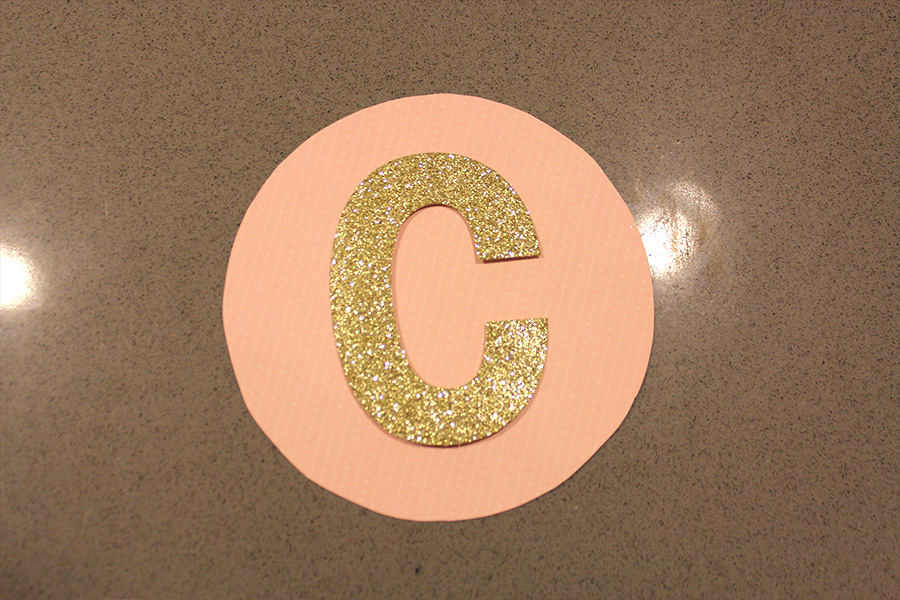 Step 3: For the frilly part that goes behind the circle, fold a piece of thick vellum paper widthwise starting with a 3/4″ fold and repeat until you have a fan. Cut the ends with a scissor to form rounded edges. Then fold the whole thing in half lengthwise. 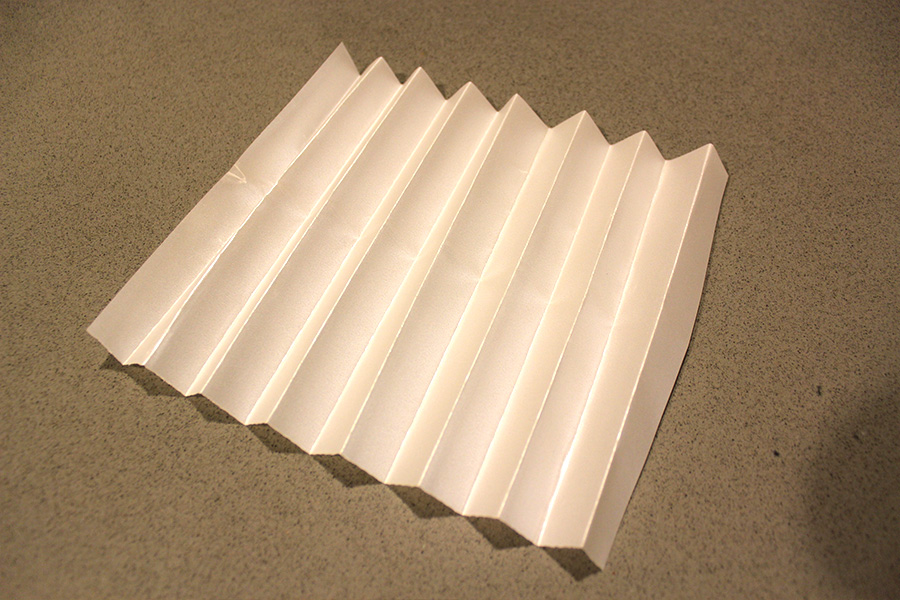 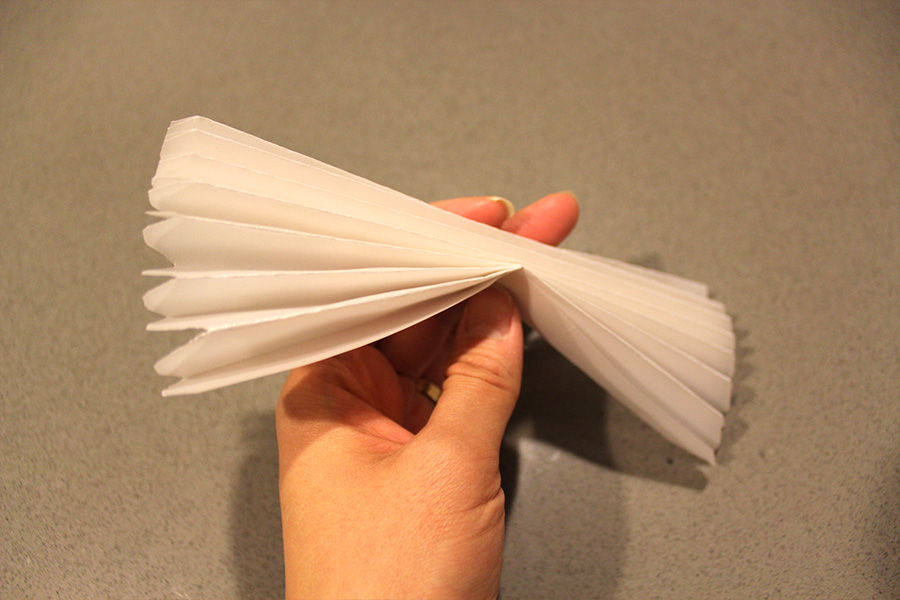 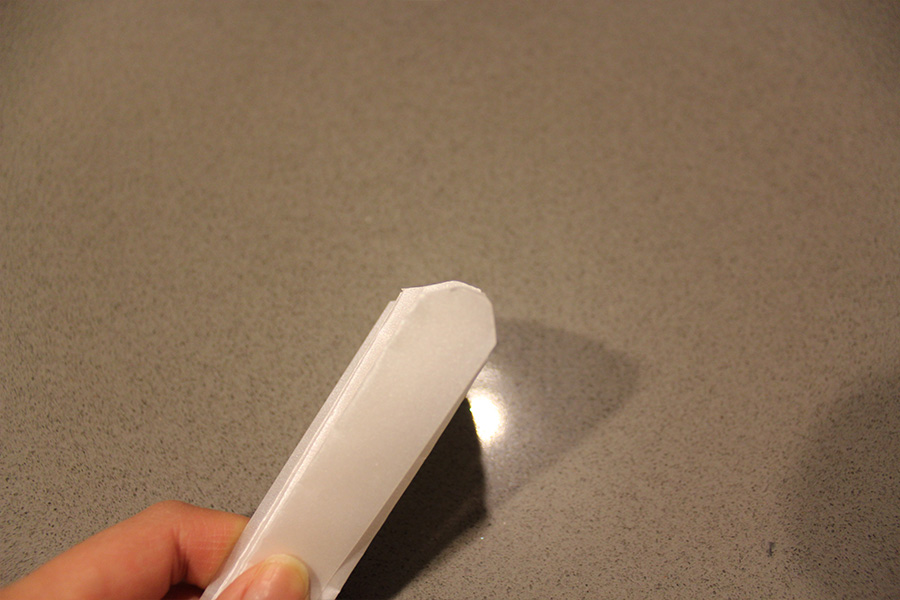 Step 4: Then spread apart your paper to create something that looks like Shakespeare’s collar. Staple the two ends together to secure the circular shape. 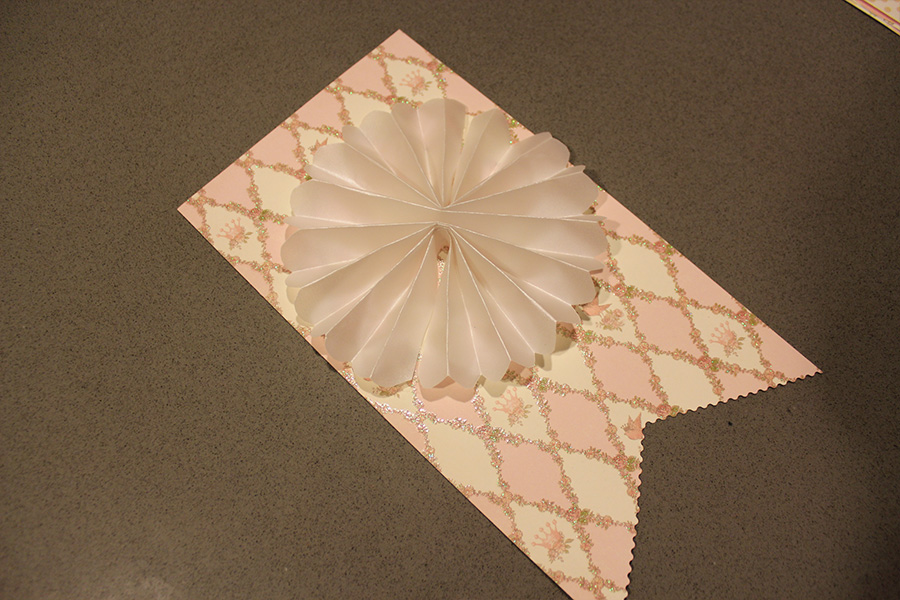 ​
Step 5: Next, cut a rectangle of patterned paper to size so that it is slightly thinner and about double the length of your fanned circle. Use scissors to cut a V-shaped slice out of the bottom of the rectangle. You can also use pinking shears if you want a scalloped edge. 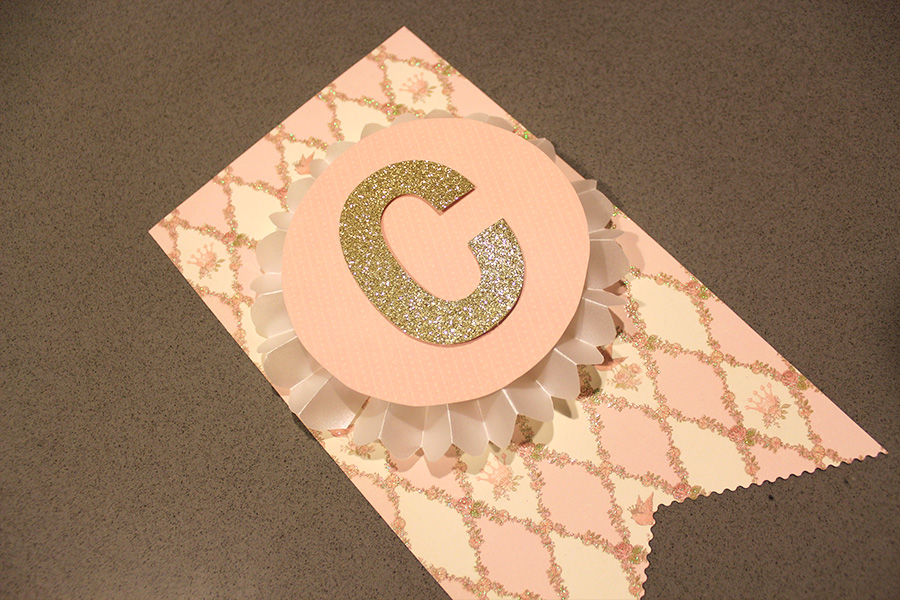 Step 6: Then use your glue gun to glue all of the parts together.

Step 7: The final step is to punch holes at the corners of each flag and string a piece of pretty string or ribbon though the holes.

And here’s the finished product… 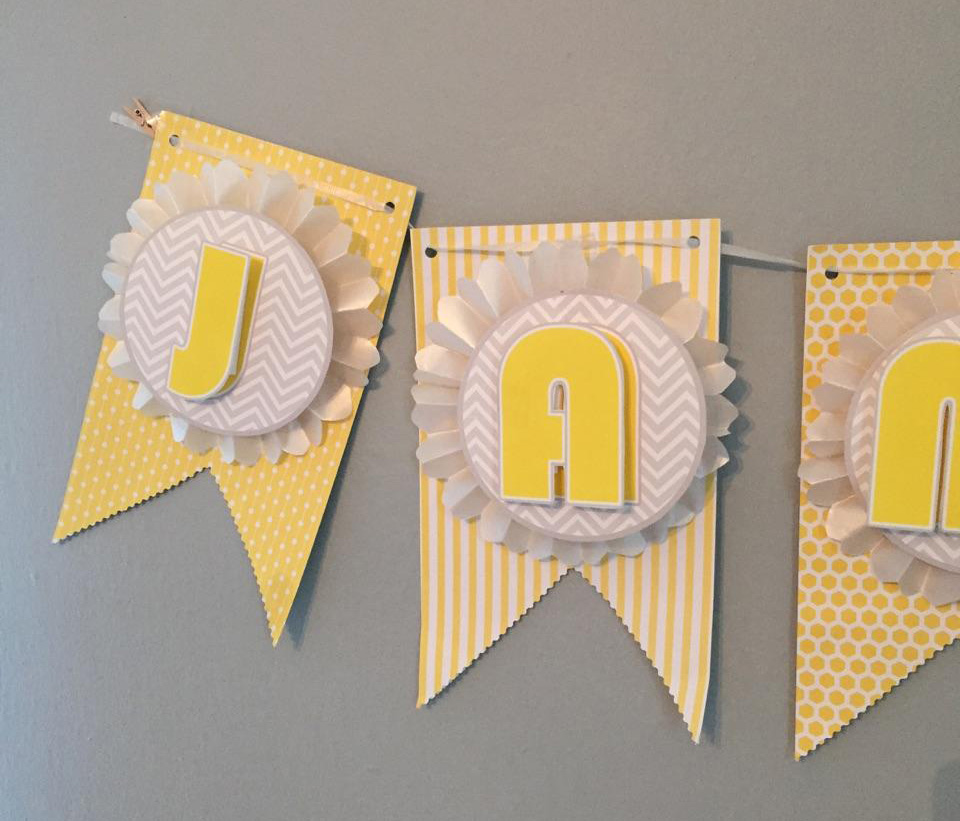 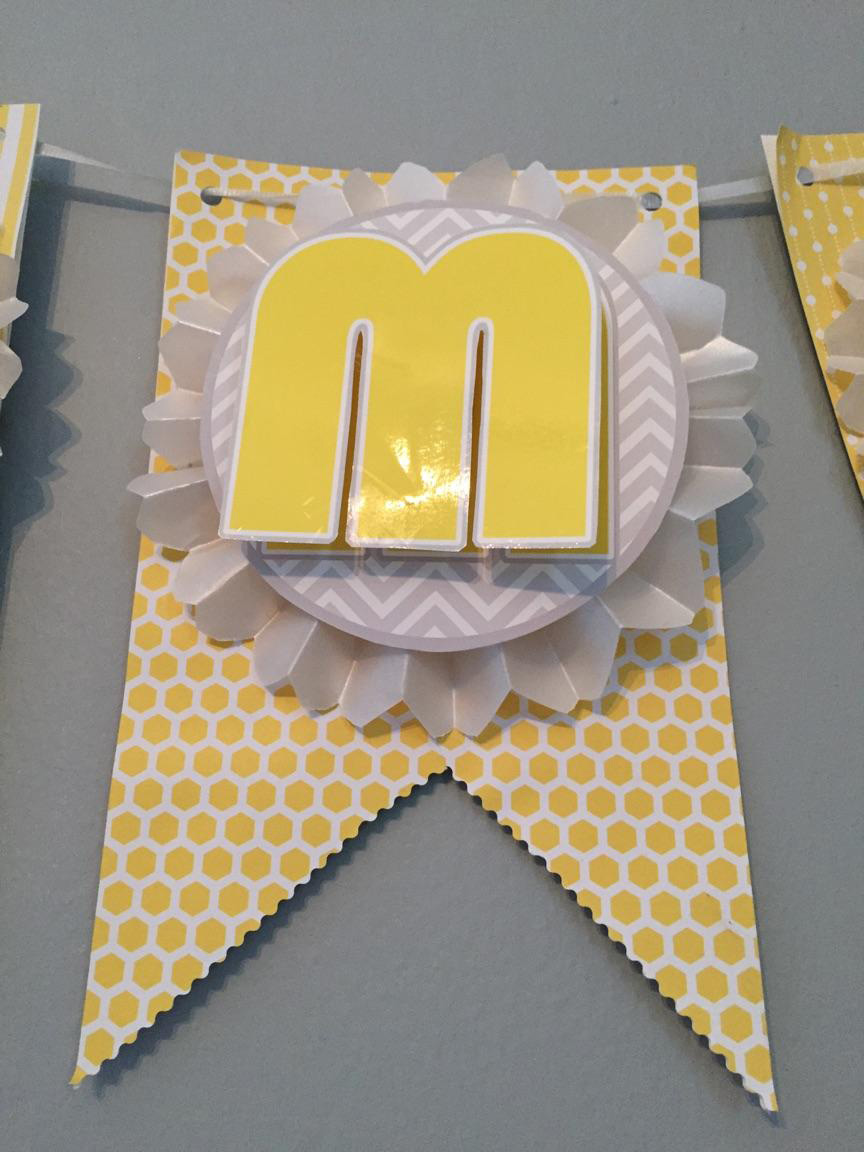 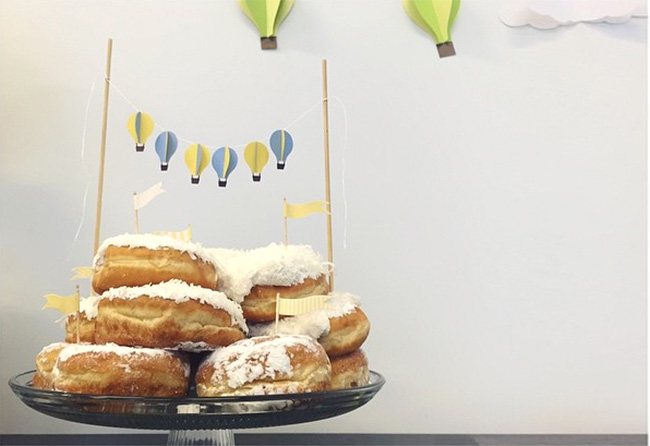 The DIY donut cake we made to complement the banner was so simple but such a hit!

I love the reactions I get to these banners so much that now I make them for every baby shower I help to plan. But one piece of advice I will mention is to use nicknames for extra long baby names if you can because each letter does take a while to make!