Shower Curtains Made From Burlap, Silk And More!

Just when you thought bathroom decor was bounded by the limited designs of sinks, toilets and tubs, here’s a curve ball for you to catch. No longer do you need to pine after new bathroom styles to satisfy your insatiable hunger for beautiful home decor (which may or may not manifest itself, depending on the size of your appetite). Shower curtains can be seen as the wild card in a forever-shuffled deck of designs.

Today’s post might come as a surprise to you, and you might even think I’ve completely gone mental to cover shower curtains, but I stand firm on my decision. After all, this easily overlooked bathroom style statement deserves more attention than it is actually given. And if you still aren’t persuaded, what do you have to lose? Nothing!

Here’s a tip for you: Be selective when it comes to purchasing shower curtains from major retailers, regardless of their highly attractive price and somewhat posh graphic designs. While these curtains may work for the greater population of not-so-determined design gurus, will you truly be content with your mainstream decision? The perfect shower curtain will turn a quick, five-minute shower into a semi-indulgent moment of mental bliss. 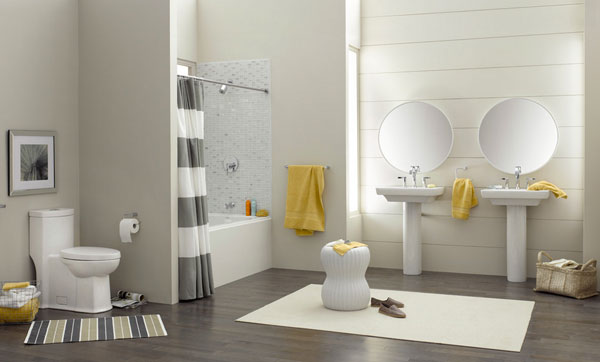 Yellow, gray and white make the perfect color trio. Bathrooms featuring these colors seemingly pop to life. The striped shower curtain adds a good amount of texture and excitement to the eyes that helps turn this modern bathroom into a more stylish arrangement. If you are ever in doubt, you can also try chevron prints to animate the atmosphere. 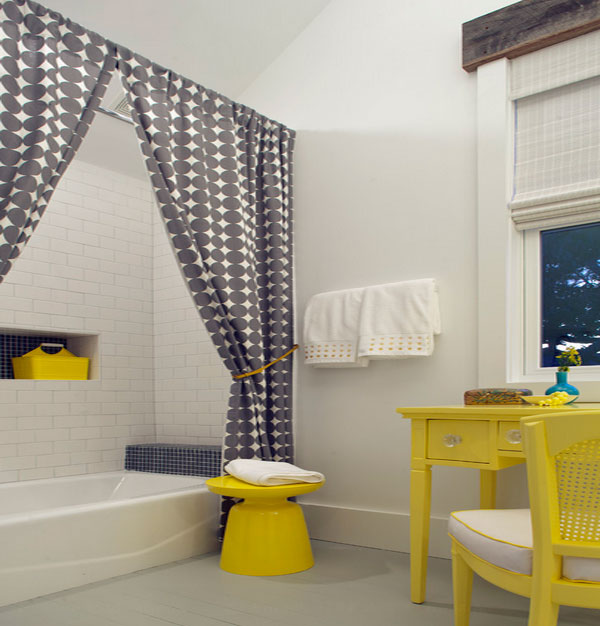 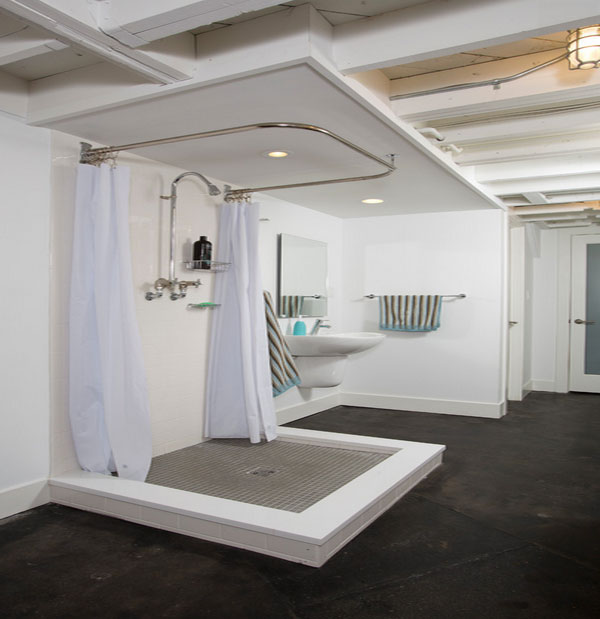 Though I would typically advise you to escape the lure of white shower curtains, the bathroom above is a good enough reason to shift my interests and suggest you go big with white curtains. Instead of installing a single-panel shower curtain, hang two panels side-by-side for a grandiose effect.

So you say bold colors are not your thing. No worries, because the following designs are anything but hard on the eyes. 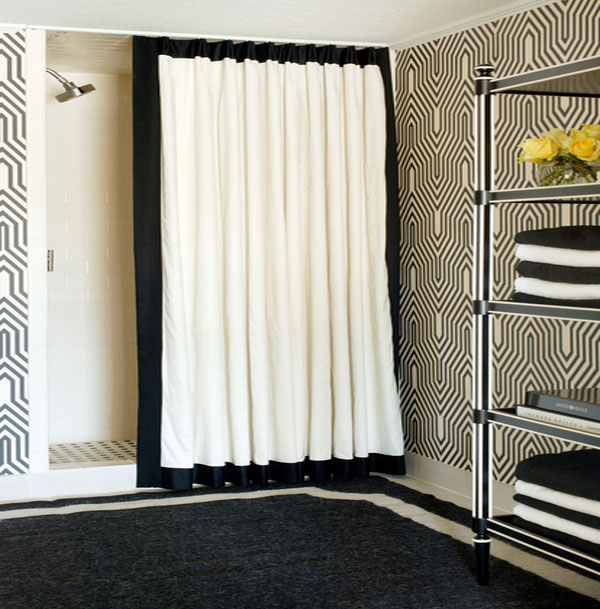 The black and white shower curtain above is not your average flap of textile. Instead of being the flimsy, stick-to-your-leg-when-wet shower curtain, this designer selection is thick enough to hold its shape even when the shower head is propelling droplets of water at intense speeds. 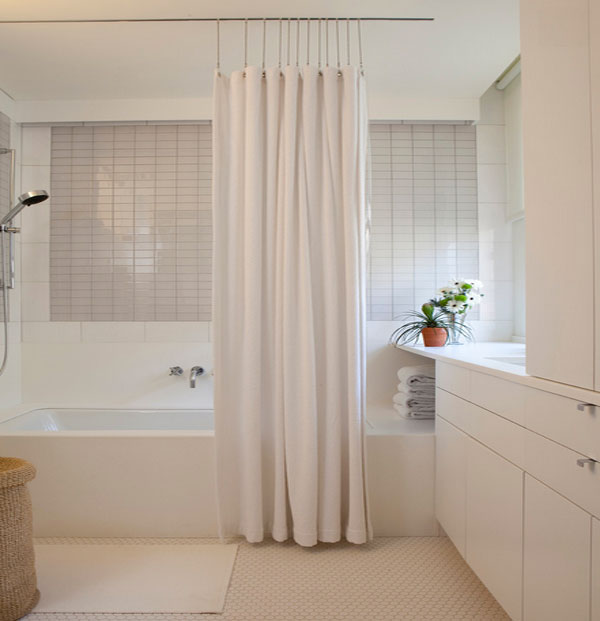 The clips and rings that hold the shower curtain in place are just as important as the curtain itself. While we are more accustomed to seeing singular rings attached overhead, there are plenty of other options that accomplish the same task but in a more attractive manner, just like the bathroom example above. 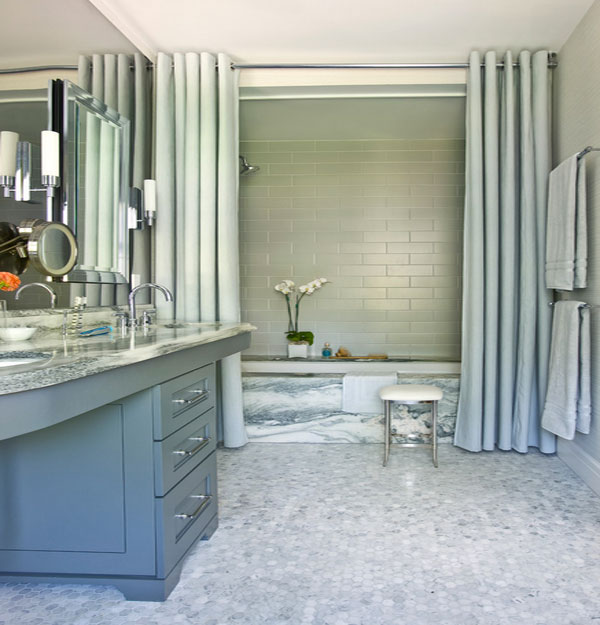 If you have a marble tub like the piece above, it would be a smart choice to select a shower curtain that is solid in color, predominately to contrast the detailed surfaced of the tub. 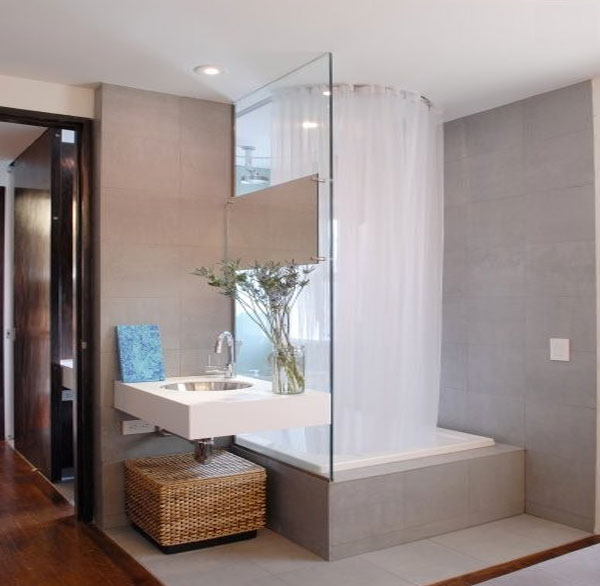 Between white-on-white and boldly colored shower curtains, other selections featuring interesting designs and handsome fabrics have sprung out left and right to fight for a chance at being the center of attention in the bathroom. 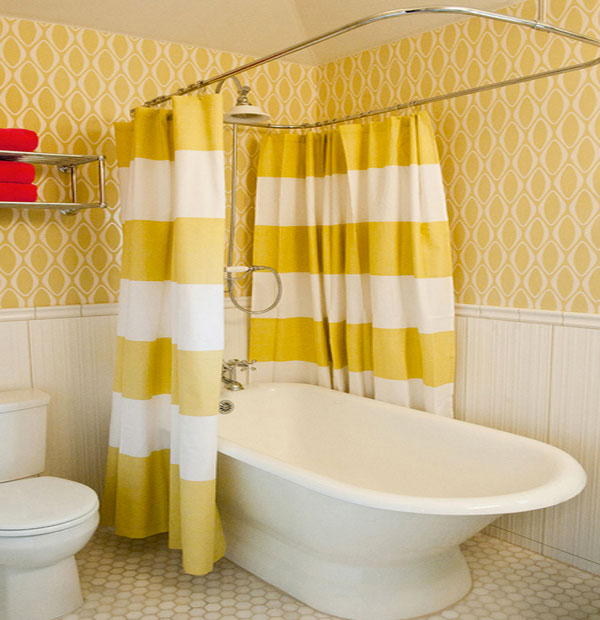 From the looks of it, this yellow and white shower curtain is most likely to be a heavy linen fabric. Such fabrics would be great for homes near the beach or a bathroom flooded with natural light. 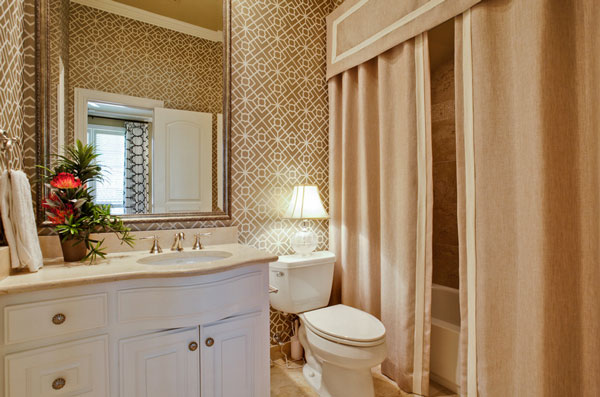 To build a room within a room, a complete shower curtain set featuring drapes and double panels like the selection above is your best bet to creating such an elegant look. 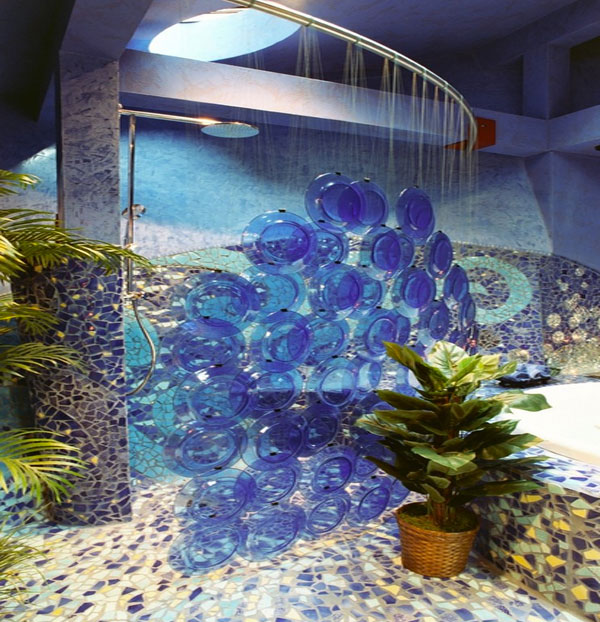 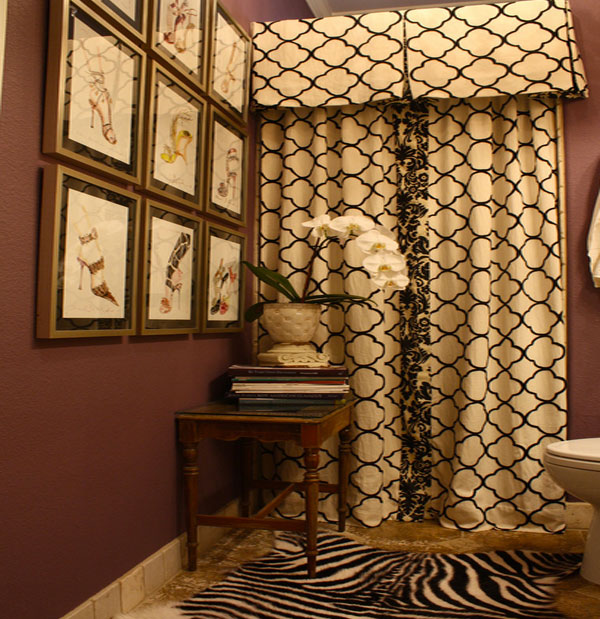 Of course I saved the best for last. If you want to go all out and design a bathroom worthy of attention, then a patterned shower curtain like the one above will boast charisma and regality.

How did you like today’s post? Did it excite you to make a few adjustments in your bathroom? We would love to read your ideas below…