Tired of entertaining your eyes with a blank wall, screen or canvas? Ready for some change? 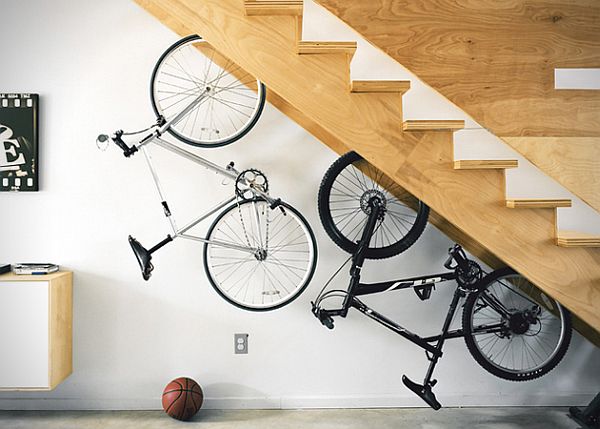 The lines and dialogue changed, the relationships came and went, the hair was curled, the hair was straight, the issues were good and bad, but one thing that never changed on comedian Jerry Seinfeld’s 90’s NBC self-titled sitcom was the bicycle on the wall.

We never saw him ride it. In fact, the lovable, crazy supporting characters always were inclined to borrow Seinfeld’s car, but there his bike hung proudly at the juncture of bath and bedroom. 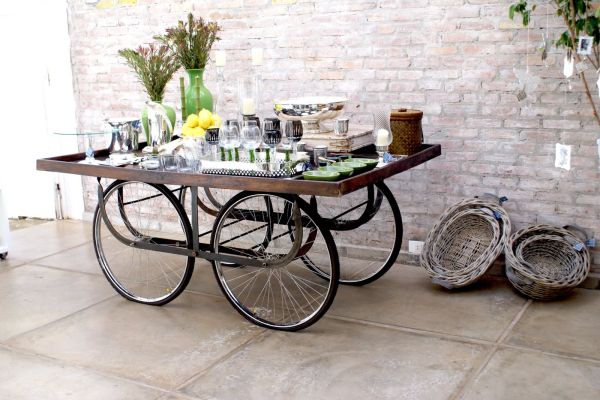 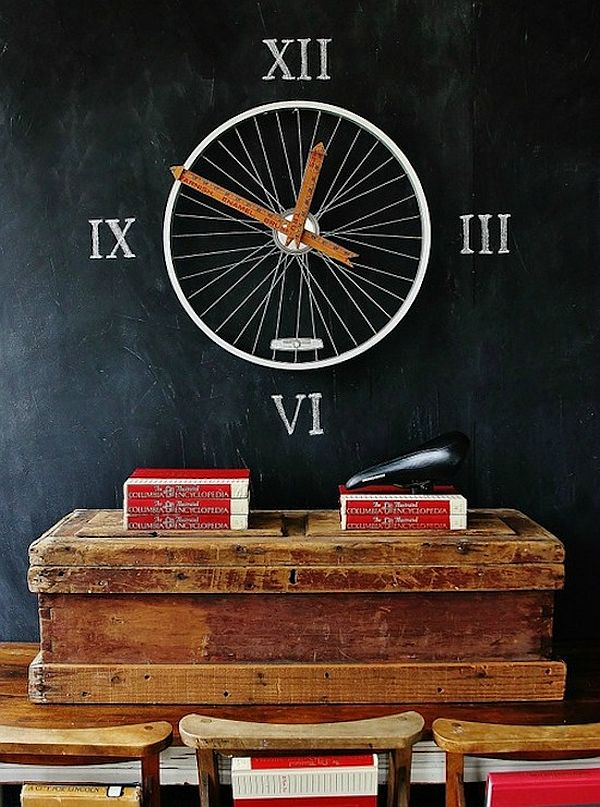 Now before you ride your muddy mountain bike right through the front door to toss atop the mantle, pull the breaks; there are a few guidelines to pedaling from roadside to wall’s side. If you really want to take that pleasurable ride on an extended trip, look no further.

Spokes, banana seats, handle bar baskets and chains–there are many elements that give the bicycle momentum. Even though your bike will be stationary, you can give your room some forward motion, some modern thinking with edgy design by destructing the bike and using singular elements. 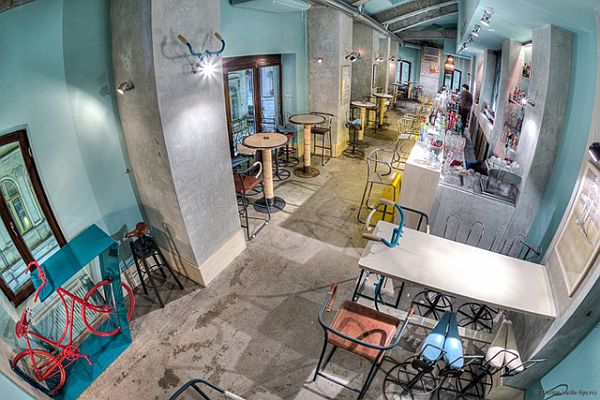 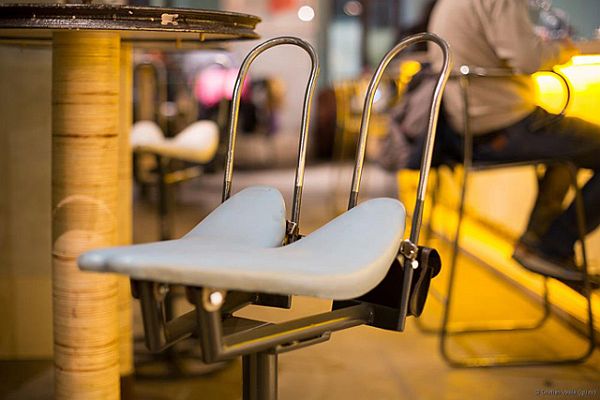 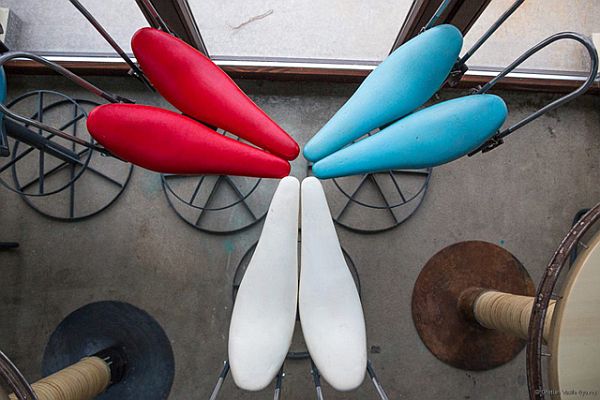 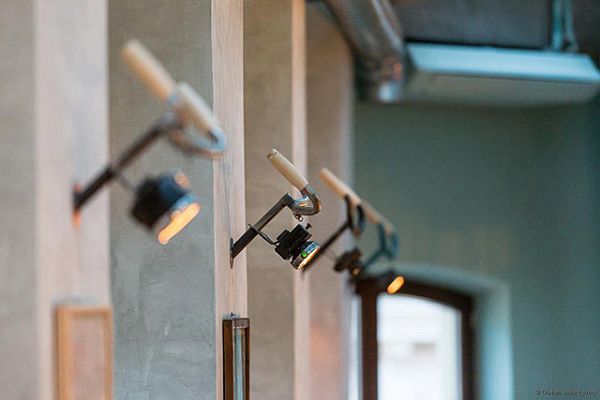 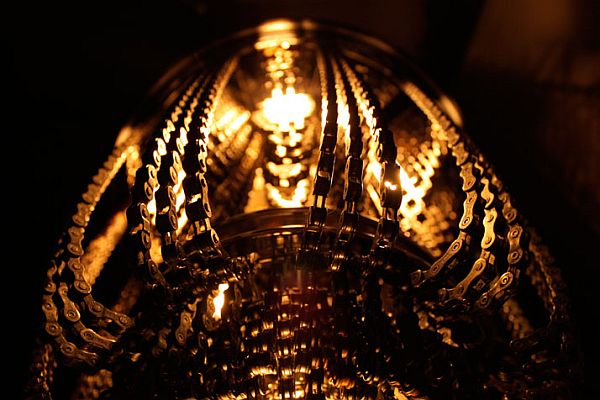 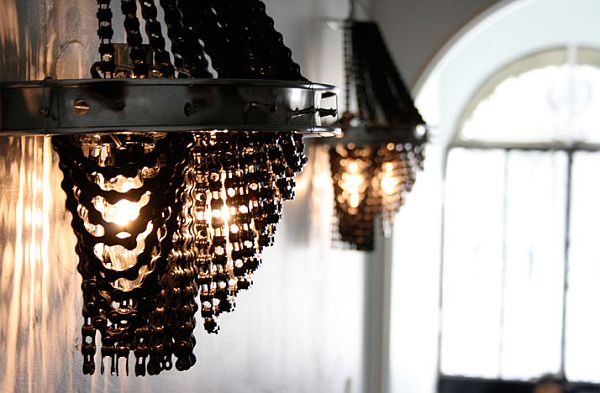 Carolina Fontoura Alzaga thinks that you can make beautiful things out of unlikely materials … and out of trash. But it’s not trash only because it no longer serves its original function. That’s where our creativity needs to come into play and bring it back to life. She’s creating beautiful things. 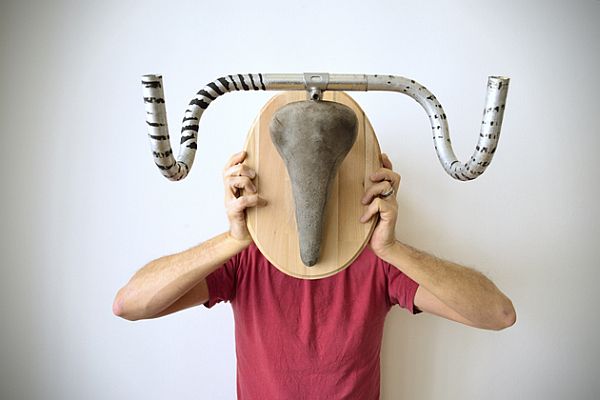 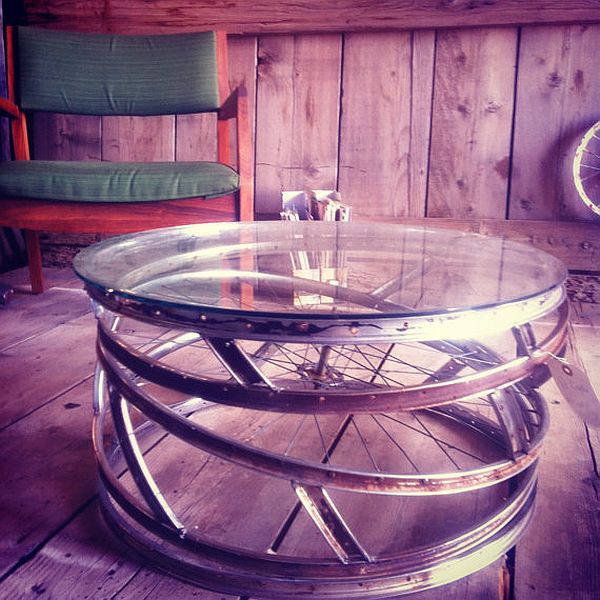 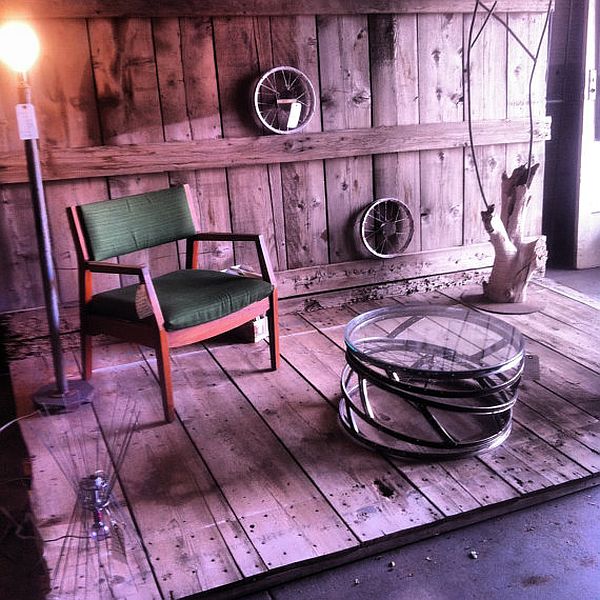 Use your imagination, or borrow a page out of someone’s picture book and be inspired by others who have made the bike a permanent part of the family.

Why stop with just a fixer up home when you can fix up and restore whole vintage bicycles so they are seamlessly integrated as part of your home layout?

We give imaginative meaning to living art, as we breathe new life into our past hobbies and collections through a future of repurpose. At the end of the day, whether it’s big or small, in some way we’ve proven, through our eclectic tastes, that you never really do forget how to ride a bicycle.

Do you know how to ride an upcycle? 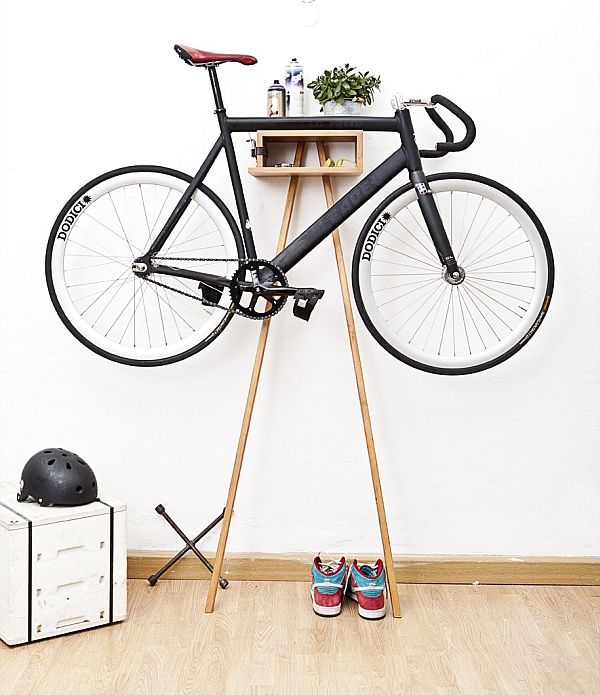 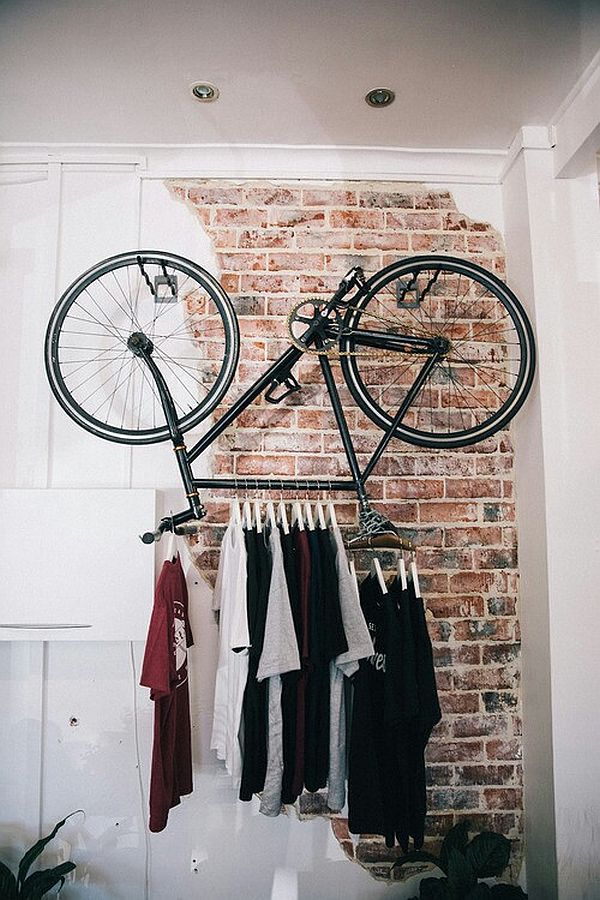 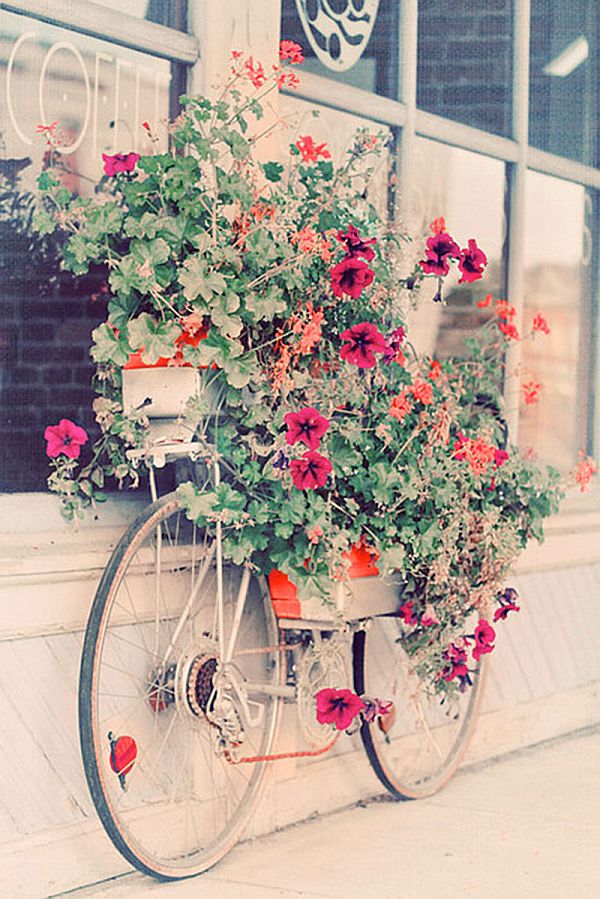 [Courtesy of BohemiaDesign on Tumblr] 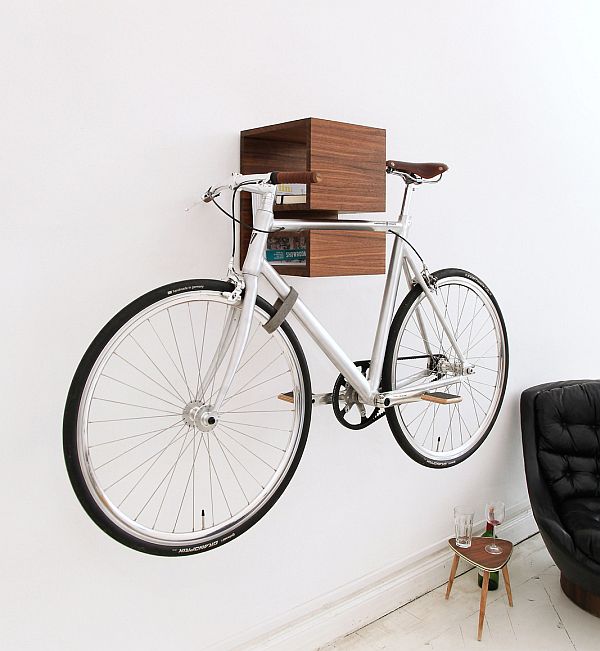 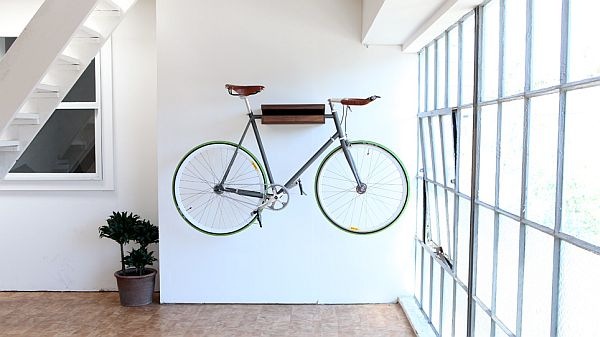