Ever wondered why modern fish tanks are so popular and people are immediately and almost hypnotically drawn towards them the moment their eyes spot one in the vicinity. There is something mesmerizing and charming about aquariums and their mere presence offers a sense of peace and tranquility. Maybe it is the fluid motion of those colorful little fishes through the tanks or even the gentle sway of the vegetation at the tank’s bed; but an addition of a fish tank well and truly brings balance, beauty and understated class to any home or even commercial setting.

Modern fish tanks have come a long way from their humble beginnings in ancient Rome and from the addition of glass panels to modern LED lighting, every single step has made them all the more delightful and fascinating. Here are a few inspirations that will hopefully encourage you to bring home some aquatic life as well; and if possible do so in grand fashion!

Modern Fish Tank Has More than What Meets the Eye

Designing or installing a top quality fish tank takes both considerable effort and expertise. But what it requires more than just the initial push is the constant care and proper maintenance, which will see it grow into a sustainable little ecosystem in a contained space. This takes planning, attention to detail and even a bit of know-how. And all these are not too difficult to attain; especially the knowledge that pertains to maintaining a modern fish tank thanks to the magic of the internet!

We all fall in love with modern fish tanks because they simply remind us of that exotic and relaxing vacation that we wish we were on rather than getting stuck in our mundane office or boring homes. In all simplicity, the enchantment of an aquarium lies in its ability to bring a few fleeting moments of escape that brighten up our boring day.

If you really wish to make sure that the fish tank adds to the interiors of your home and enhances their appeal, then placement is crucial. There are some obvious things you still need to remember, like keeping the tank away from too much sunlight since you do not want it to turn into an algae fest! Sine modern fish tanks come in a variety of shapes and forms and can be pretty much placed anywhere, it is best to pick a spot where they easily become the focal point of the room.

The sea, once it casts its spell, holds on in its net of wonders for eternity. It is only us mere mortals who try to recreate that marvel in a diminutive magnitude by playing host to some of its most brilliant denizens.

While freshwater aquariums are awesome, they concept of a modern fish tank is taken to a whole new level with saltwater aquariums that obviously can sport a wider variety of fish that not only will give you every available color and shade you want to see in your tank, but something but exotic and unique. Yet, saltwater fish tanks are inherently a bit more difficult to maintain than freshwater ones. Yet, it is no rocket science and with the right knowledge and enough patience, you should be able to succeed with ease.

Most people who get their first fish tanks tend to make some basic yet fatal errors that leave a bad taste in the mouth and might discourage them from trying again. Avoid opting for a modern fish tank that is too small as it will be harder to maintain than a larger one. Also introduce fishes into a new tank in moderation and do not push for too many too quickly. Study which fishes you want in your tank and how they interact with each other as well, before making the final choice.

A great fish tank really brings any place it is set in to life and that should surprise none, since its star performers are not lifeless décor and plastic furnishings, but dazzling swimmers with plenty of life in them! 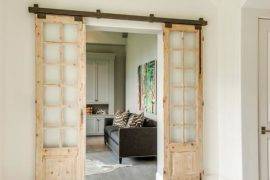