John. Throne. Potty. Commode. These are just a few of the terms used when we refer to the four walls and ceiling that protect the toilet in an essential room of the house. By definition bathroom is considered a room or building with at least one toilet. But with modern technology and creature comforts, the building or room with at least one toilet is undergoing a little bit of toiletry itself. Upgrading the space in quintessential DIY fashion, bathtub, floor, vanity, all are getting a bit of 2012 and beyond as they go under construction. 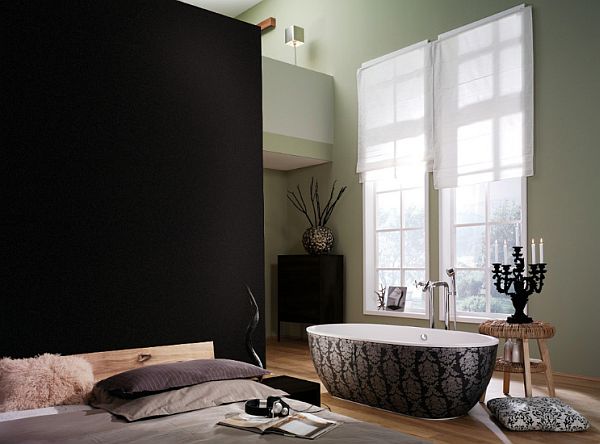 Several weeks ago several ladies and I were celebrating the upcoming nuptials of my soon to be sister in law. For our intimate bachelorette party we visited a nearby historical town. After grabbing a bite to eat to revitalize us for the many steps on the sidewalk as we passed quaint storefronts, we met back up with our vehicle. For me, however, one of the highlights of the day was visiting the remodeled version of a public restroom in an ancient theater.

We slipped in to quickly freshen up, but decided to kick back and relax. As I was reapplying some moisturizing lipstick, the rest of the gals sat on the comfiest vanity stools covered in velvety upholstery. The warmth heated space wrapped around us, and well, let’s be honest many public restrooms lack in this department, but not here. It smelled delicious: like the kitchen on baking day. This, this was a bathroom I could easily get accustomed to.

If our toilet is our throne, shouldn’t the other features of the bathroom have a little dignity as well? 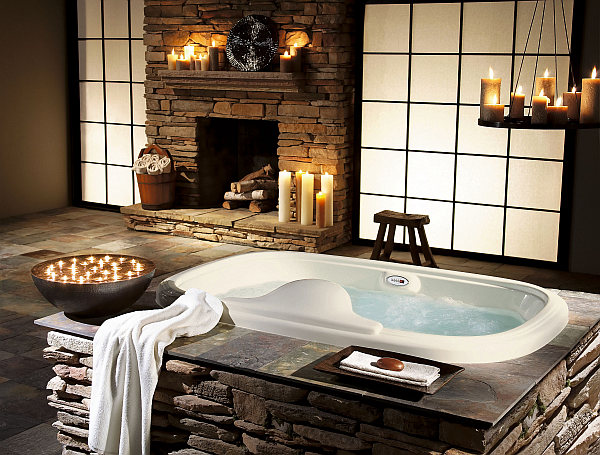 With four trend setting upgrades you can luxuriate your toilet abode in grand fashion and make it a place where magazine reading is really enjoyable. 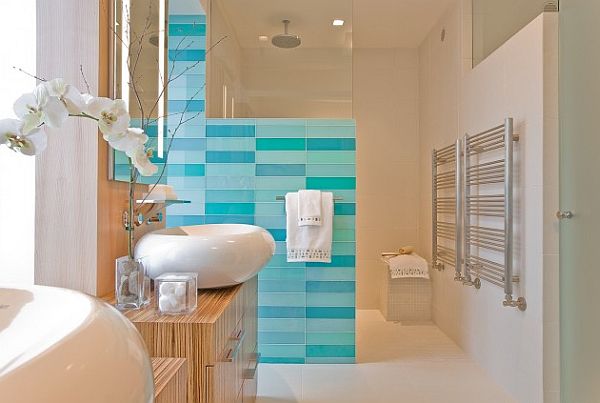 Being in a state of perpetual goose pumps when you jump out of the shower dripping drops on a fuzzy mat doesn’t have to be the post state of your shower anymore. A simple wall mount and your towels will lovingly embrace you with warmth as they dispel your chills. 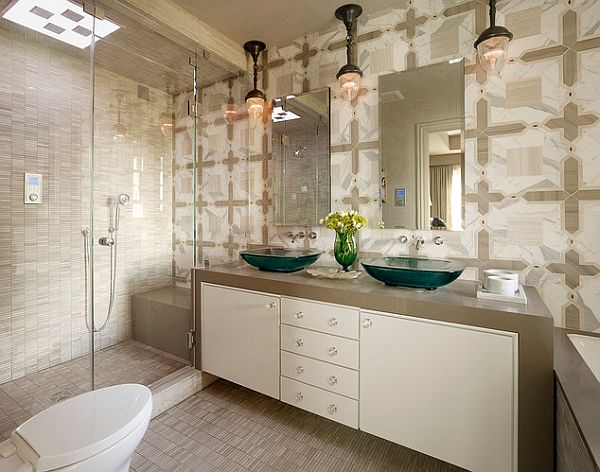 It is a universally known fact that shower acoustics bring out the diva and rock star in all of us. From impromptu lyrics to our favorite opera to billboard hits, when water falls on us is a steady rush our voice box expands into some incredible sounds. So pump up the volume in your walk in shower/stage and sing your heart out. Who knows, daily practice with such an amazing shower radio turned up loud, and you could find yourself part of the next worldwide talent search! 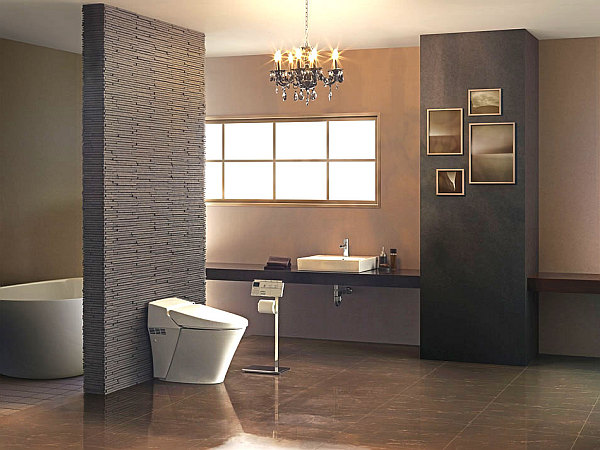 Gone will be the days of sticking your head out the bathroom door to scream for the entire neighborhood to hear, “Who left the seat up?! Again!?!” With a fully automated toilet you don’t have to worry about falling in the pot during a midnight bathroom trip if your co-inhabitants of the male species forget to drop the lid. This baby has lots of tricks under its cap. Spray, dry, even serenade you with some tunes. 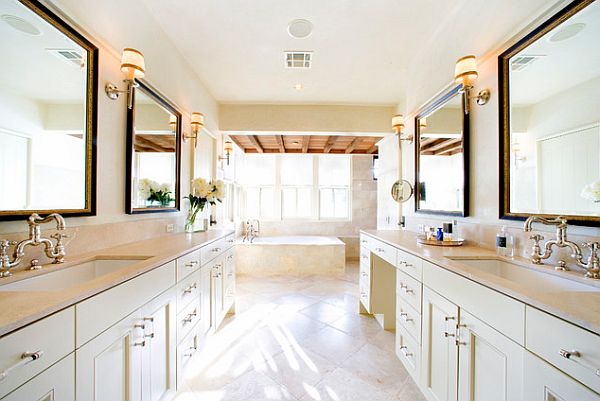 His and hers sink and vanity mirrors. His and hers walk in closets. His shower, her luxury spa soaking tub. His flat screen TV, her radiating fireplace. These elements will prove that coexisting works. While the system and understanding of Jess, Nick, Schmidt and Winston from NBC’s New Girl work seamlessly for the most part, a bathroom that caters to the deep needs of him and her and celebrates their differences in a unified and contemporary way will make your 4:30 am wake up call and bathing ritual worth beating the rising of the sun.

Whether you spend hours in this sanctuary perfecting your curls, or it’s just another necessity of life, you can design a space that has great definition. Choose your toilet and its counterparts in such a way that having a potty mouth is a beautiful thing! 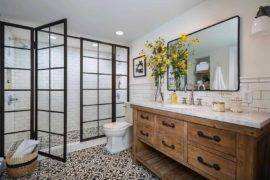 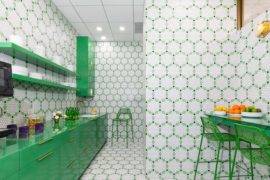