Working for the LEGO company must be really fun. I’m not saying that those people sit around and play with LEGO all day but just knowing that what you do will eventually result in the creation of some of the most fun toys and elements ever invented should be enough to get them started. And since it’s LEGO we’re talking about, they should have a really fun workspace. In fact, we now have the change to take a look at this particular project. 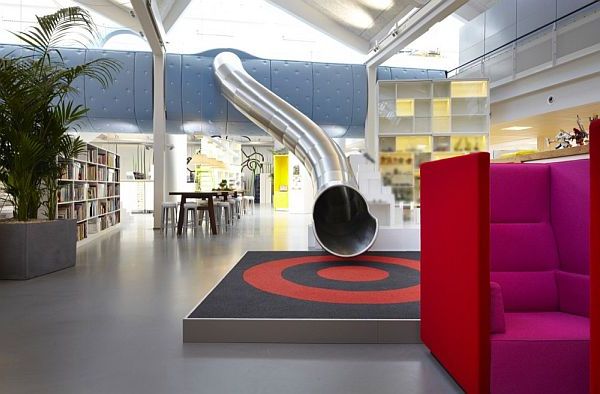 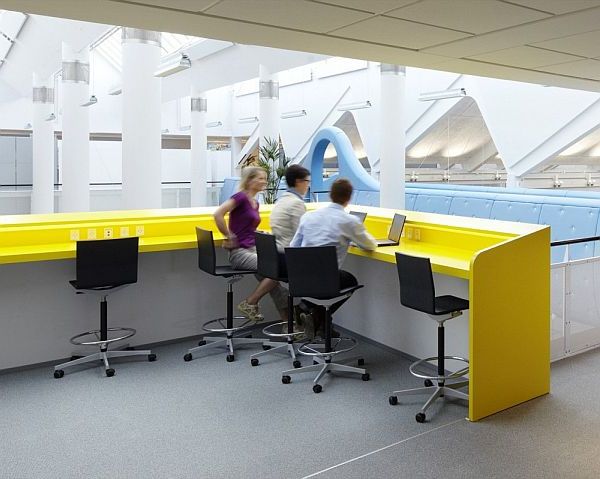 This is LEGO’s development department, LEGO PMD. The designers of this place were Rosan Bosch & Rune Fjord. LEGO PMD is located in Billund, Denmark and was created in 2010. It covers a total area of 2000 square meters and has a really fun design. It’s a very playful space, mostly inspired by LEGO. It’s a space where adults can feel like children while working. There, working is fun.

The design was playful, creative and innovative. The place features a walkway that has been transformed into an oversized sitting area, with light-blue padding that makes the walkway look like a fuzzy cloud. The cloud unfolds and reveals sofas and sitting spaces as well as a slide that connects two floors. There’s also a huge grass wall graphic and a giant LEGO man. It’s a space that promotes communication, creativity and interaction. [pictures by Anders Sune Berg and found on homedit] 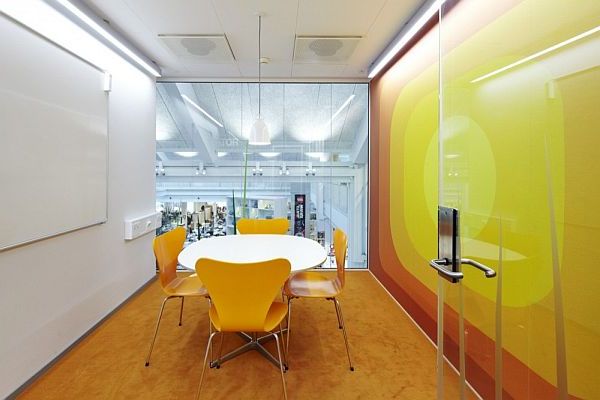 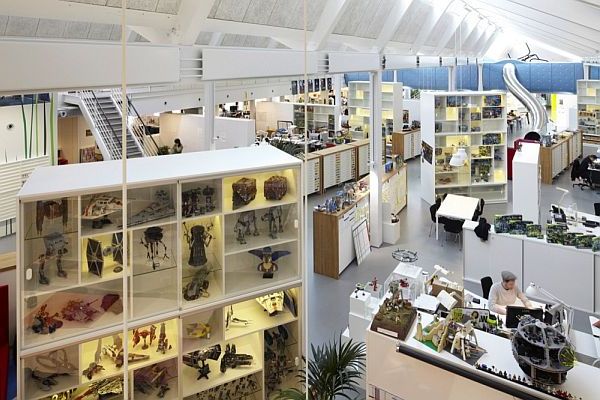 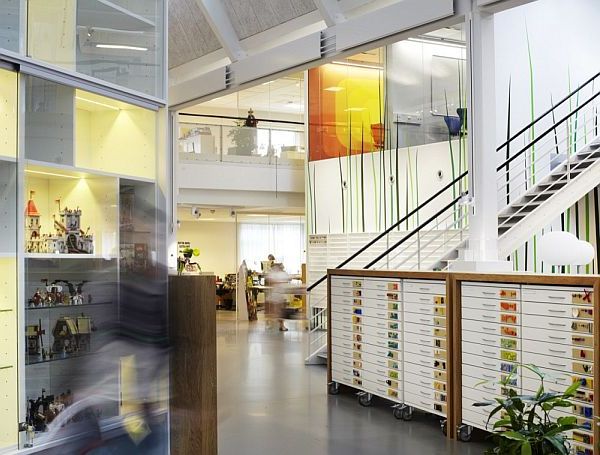 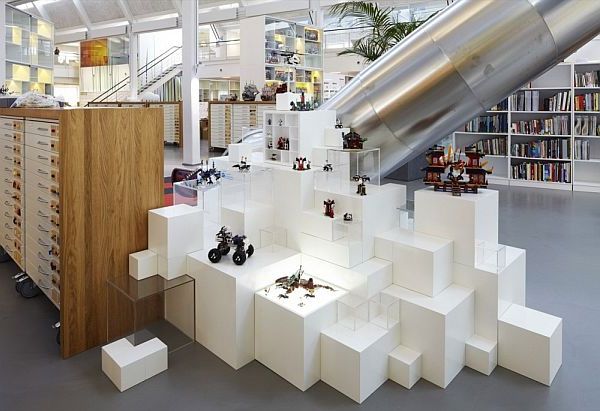 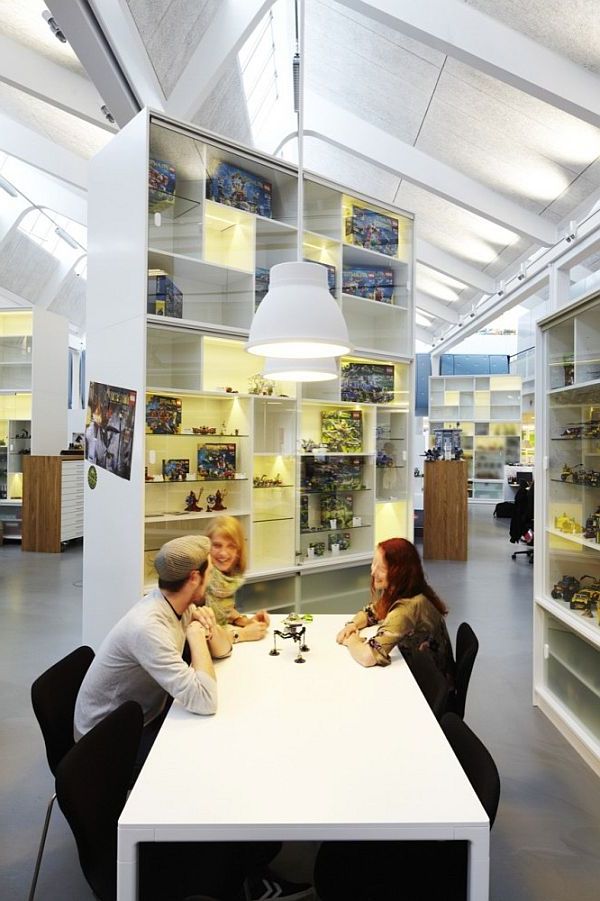 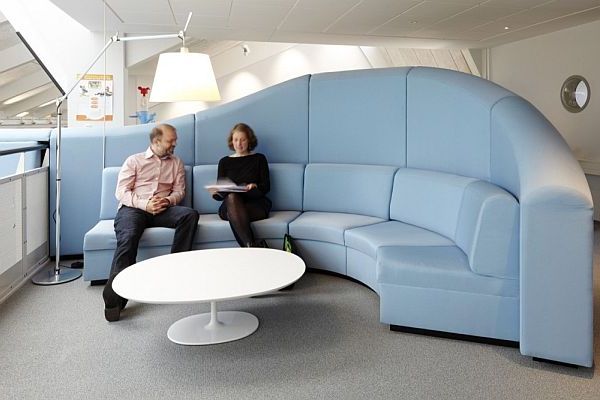 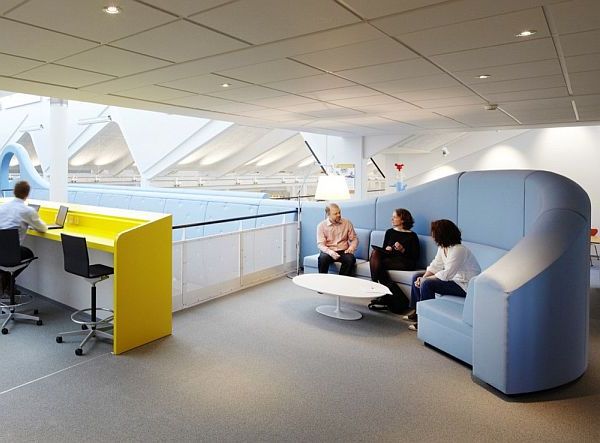 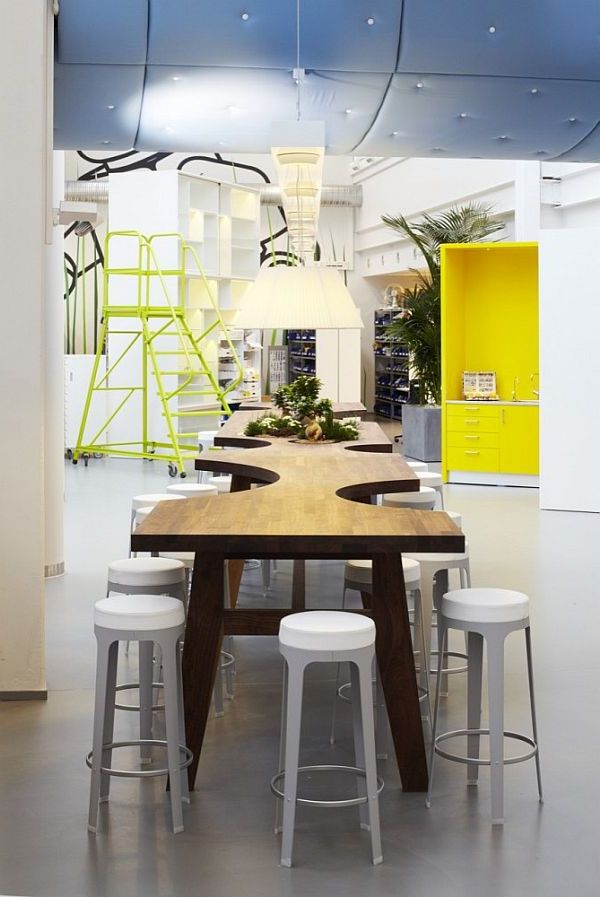