Skidmore, Owings & Merrill (SOM)’s Chicago office has announced their win in an international competition to design Greenland Group Suzhou Center, a 358-meter super-tall landmark tower, in Wujiang, China. This is SOM Chicago’s sixth project with the Greenland Group. The 358-meter tower’s efficient split-core configuration demands a double-take, as the curved and tapered form unifies the office, hotel and residential uses within a single volume. Standing along the Taihu Lake on a 37,000 square meter site in the Jiangsu Province of China, the 75-level mixed-use building features a 30-story tall operable window that corresponds with the hotel and residential floors. This window has a significant impact in the environmental performance of the lakefront development. 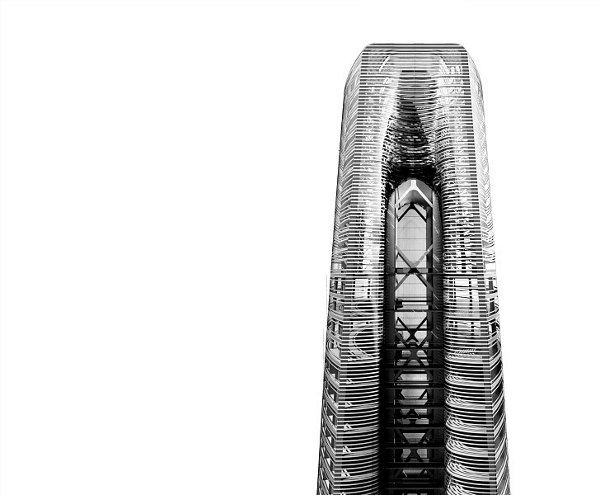 Half the program is placed on each side of the lobby and is interconnected with structural steel braces, increasing the efficiency of the building structure and creating a dramatic lobby space. The atrium maximizes daylight penetration and facilitates mixed mode ventilation in the lobbies and public spaces while acting as a source of fresh air supply throughout the tower. The building is oriented to harness the stack effect and prevailing winds via the east and west facades of the atrium. Major high performance energy saving strategies include a high performance façade, utilizing cooler outside air at higher levels for natural ventilation of the atrium, natural light harvesting using daylight responsive controls, lighting energy optimization using efficient fixtures and occupant controls, energy recovery systems, demand controlled ventilation, and an onsite energy center with combined heat and power plant to capitalize on the overall load diversity of the development. 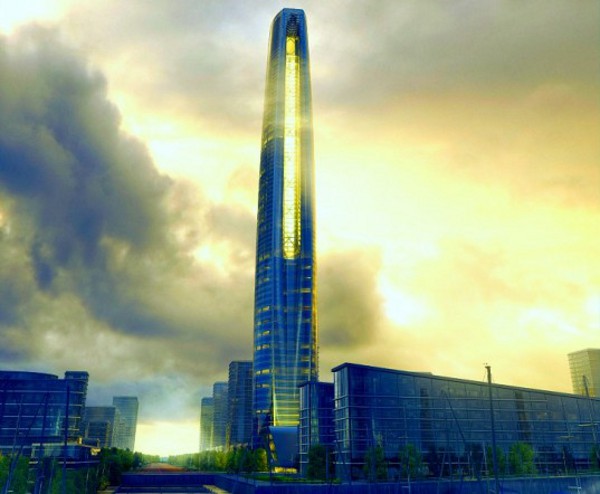 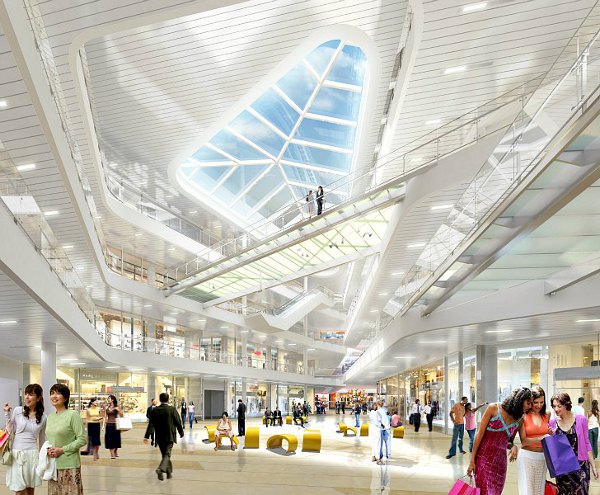 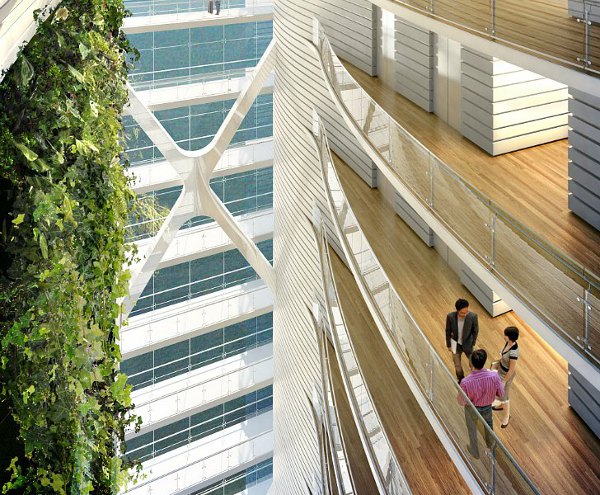 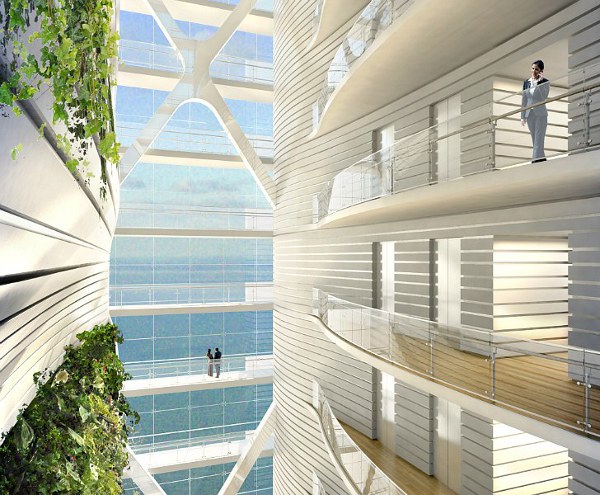 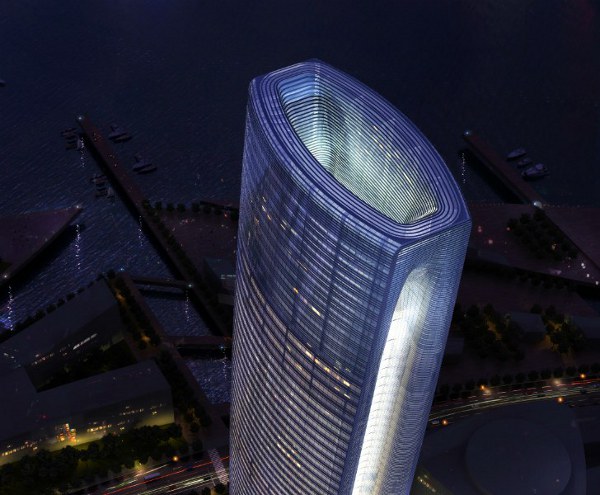 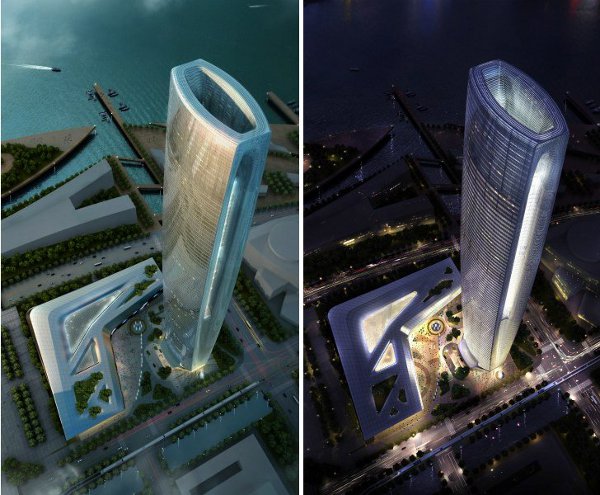 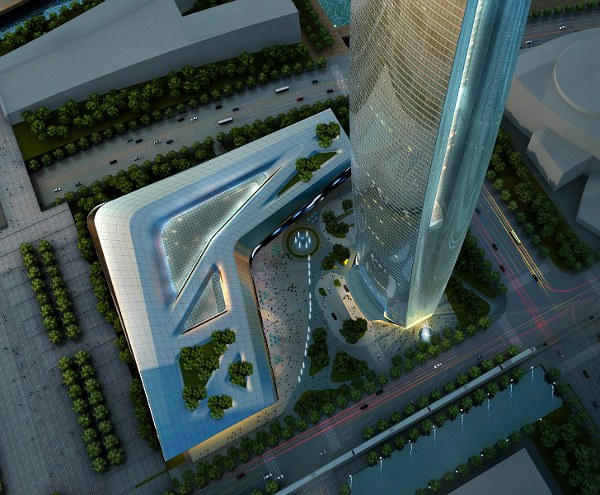