We just got an email from a Russian designer that goes by the name of Pavel Eekra and we thought that Decoist readers might be interested in what he came up with. Here’s what he sent us about the Crimean Pinecone Lamp [link]

The Crimean Pinecone Lamp consists of 56 plates and screws held without an internal frame. Light passes through gaps between the rounded forms of the plaques, which are slightly transparent themselves. This creates a special ambient pattern of light from the outside, while still exuding a practical downward-directed brightness. The lamp, which comes in a flat pack, has a natural wood veneer (maple), which further emphasizes the Crimean Pinecone’s fusion of nature and technology. It has been shown at Milan Fair 2011 and DMY Berlin 2011. 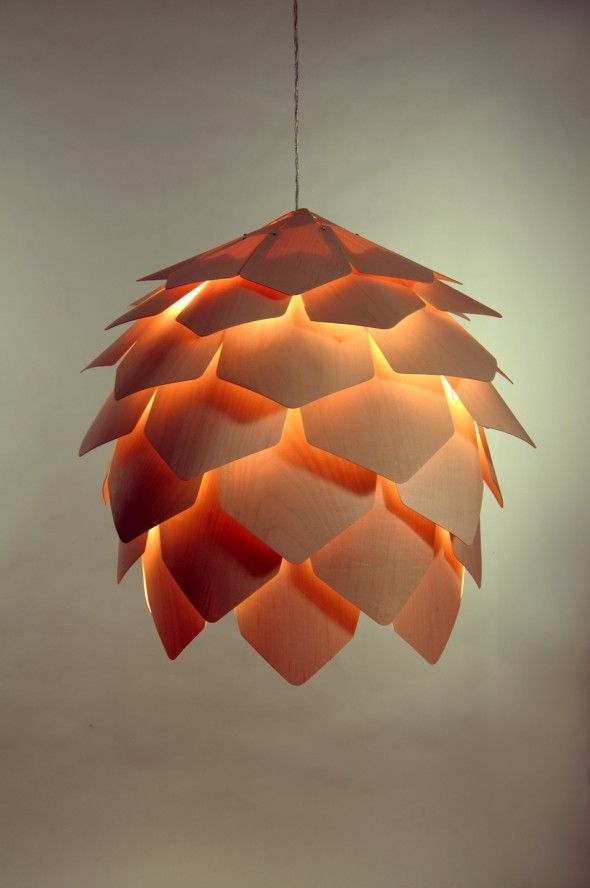 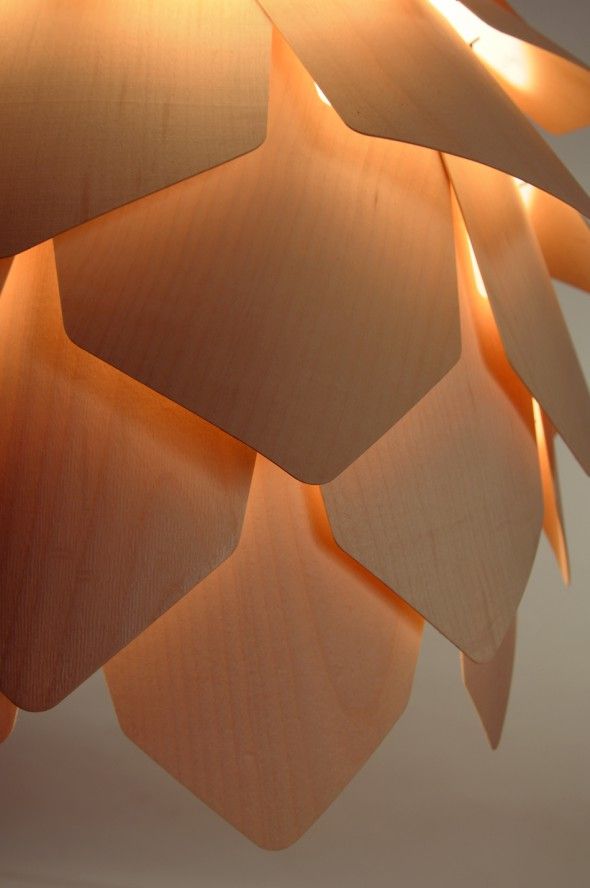 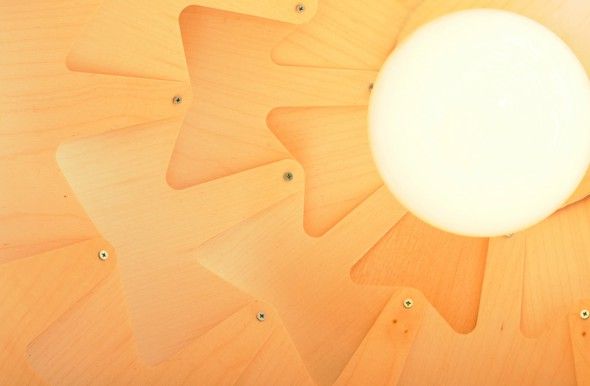 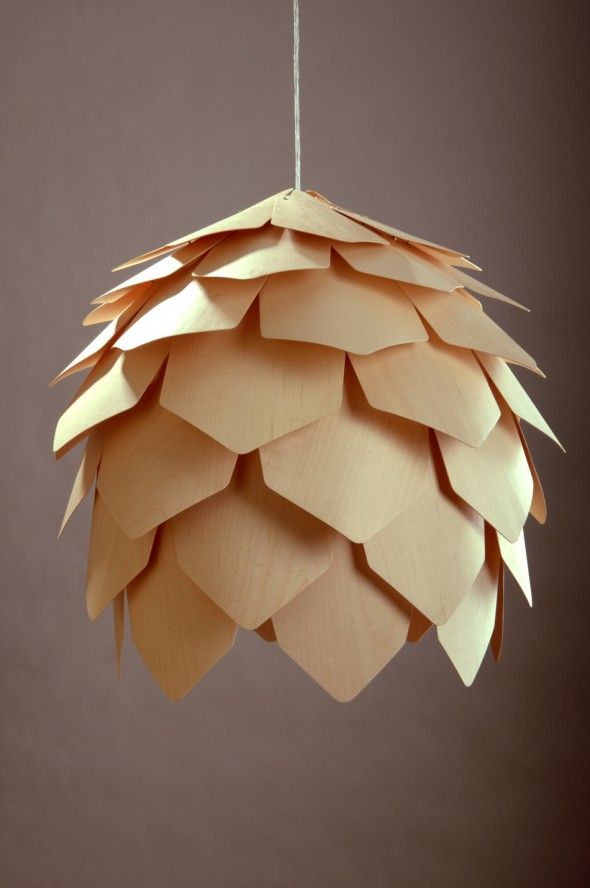 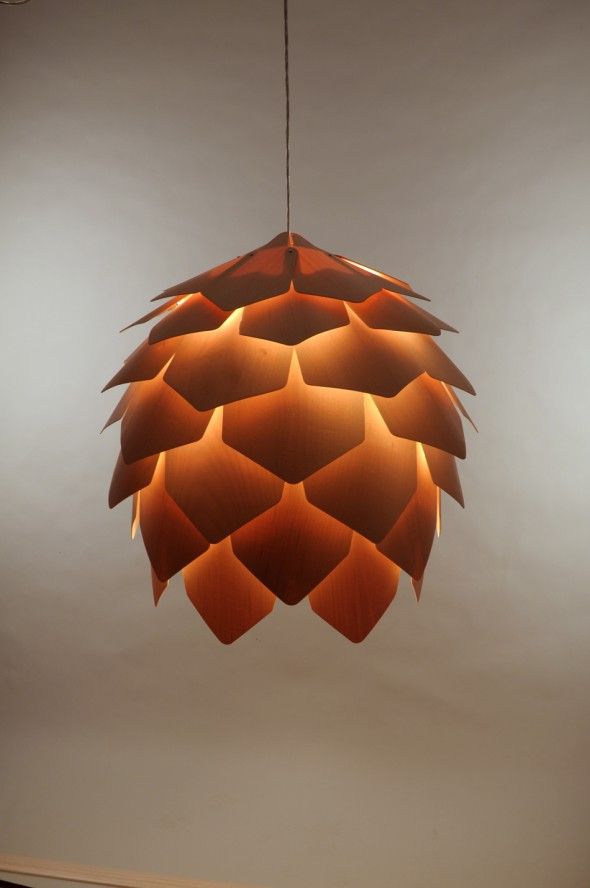 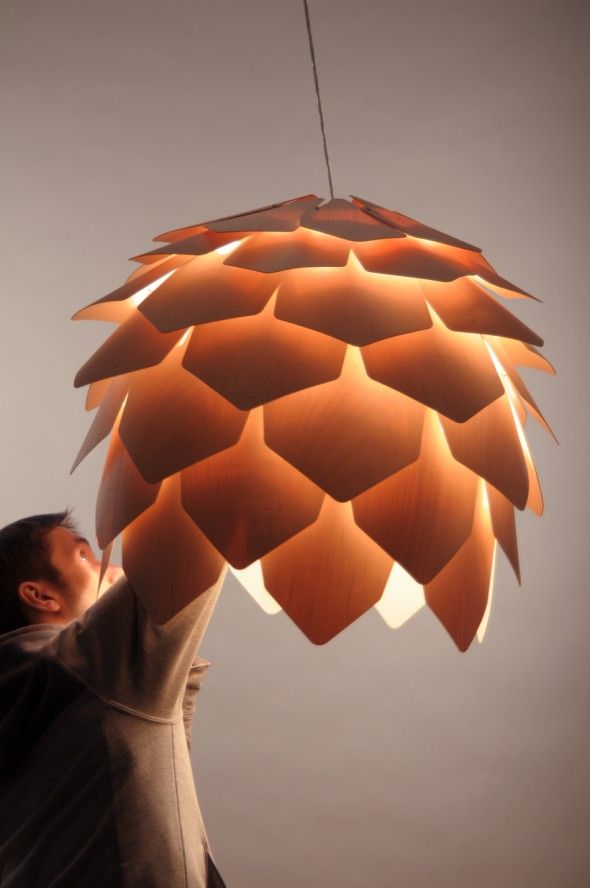