If you’re lucky enough to find yourself the owner of a century home, then count your blessings because they really don’t make houses like they used to. Many homes nowadays are slapped up quickly, cheaper materials are used in place of quality, and in most cases, there is a severe lack of character.

So you’ve purchased a quality older home, and now you are assigned the task of restoring it to its former glory. What do you keep, and what do you scrap? Where does the character lie within a century home? This article will share the elements and characteristics of an older home that should be preserved and restored if possible.

Older homes are rich with high-quality craftsmanship and woodwork. Baseboards, trim, and molding were put in with the utmost care and attention. To add a bolder three-dimensional effect and shadow lines, baseboards and casings around the windows and doors were made of wide stock, and cornices were heavy and dramatic, especially in the 19th century.

You will want to save all that you can of the original woodwork, including any early paneling, built-in casework, spindle work, and other decorative wood treatments. Think of such wooden details as deserving of restoration but also as a source of inspiration — you’ll want to try to replicate these design details in other areas of the home. Using existing quality work as a source for new renovations will help keep the character and make the new parts blend nicely with the older parts of the home.

Logic and practicality were always considered when they were designing homes in the 19th century. Later additions changed the patterns of use in some homes and made the layouts more confusing. If it’s possible, retain the floor plan — you’ll be glad you did. In some homes, you may even want to undo what previous remodelers have done to take the home back to its original layout.

In the early seventies, it became popular to do away with dining rooms. No one wanted them, so it became the trend to open up the room to the kitchen to create large country kitchens or other spaces in an open plan, but dining rooms are back on trend, and most homeowners want one now.

There’s nothing like an original hardwood floor, and if your floors are in great shape and you want to preserve the character, let the floors stay. You can refinish old hardwood floors to make them look new again and give them a fresh face. If there are additions being done to the home, you should try to match the older flooring the best you can to make the transition more seamless from room to room.

As the cost of quality craftsmanship has skyrocketed, the quality and character of the typical staircase have plunged. You should consider restoring if your stairway has original balusters, rails, and newel posts. You can strip them if they are hardwood because you may find in older homes that they have been painted and repainted several times. Find a way to stabilize them that doesn’t detract from their appearance if necessary. Staircases are key design elements in a house and it’s well worth some extra dollars to preserve and restore them.

When you look for a home’s character, it can often be found in the hardware. Vintage door knobs and hinges are among some of the most beautiful elements of an older home and should be preserved if they can be. If doors are too old but you have vintage hinges, keep the hinges and swap out the door.

You can also check at flea markets and antique stores for older doors that can be refinished and repurposed for additions that will keep with the style and design of the home.

Holly Antoine
Holly Antoine is a Home, Lifestyle and DIY content creator. After leaving behind an 11-year career in the dental field to pursue her passion for design and decor, she developed her own branded site, HollyGrace.ca, where she shares her love of home design, decor, DIYs and inspires others to get creative and build[...]
Next Post 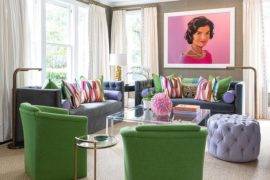 42 Porch Decorating Ideas to Inspire You 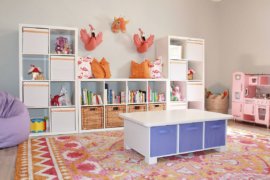 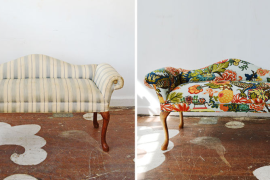 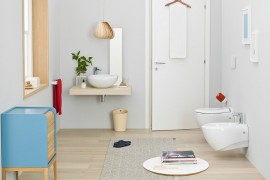 Beautiful Bidets for Bathrooms of All Sizes and Styles