Giving new meaning to an old and dreary home in Toronto, the Art House renovation carried out by Urbanscape Architects moves away from the mundane as it combines the old and the new in an effortless fashion. The idea behind the makeover is simple and uncomplicated. The homeowners wanted a residence that was more suited to their modern lifestyle and felt cheerful and fresh. This was accomplished by completely altering the floor plan on the lower level of the house. The new interior is an all-white setting with an atrium at its heart that brings in a flood of natural light.

It is the kitchen that is the new focal point of the social zone and it seamlessly flows into the large living area next to it. The third level has been turned into the master bedroom while the basement has been extensively altered to contain the mechanical room and the recreational area. The second floor contains additional bedrooms with the wooden deck outside acting as the secondary living area. Classic bay windows, metallic roof and brick walls put the final touches on this modern classic makeover. [Photography: Revelateur Studio]

Structurally, the project presented a few challenges. An underpinning of the basement maintained the two and a half storey exterior walls while all interior partitions were removed to allow for the open concept. The existing floor structure was carefully extended, making the new addition possible. Subsequently, the existing roof and floor were opened at certain areas to allow for a third-floor addition.

RELATED: All About the Outdoors: Energy-Efficient Multi-Level Home in Vienna 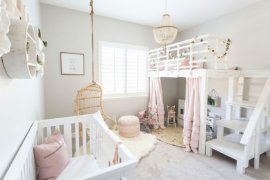 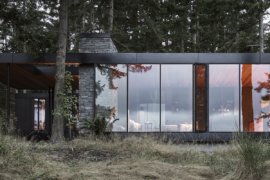 Adaptable Shelving: Trendy Trio of Modular Shelves and Cabinets All in Wood!