If ever a designer understood the premise of good design, it is the eminent German industrial designer Herr Dieter Rams. Rams’ work with Vitsœ – a ‘furniture company’ with an intelligent mind, absolute design integrity and clear customer focus – has led to the creation of products that continue to thrive, satisfying users both old and new.

A Brief History of Dieter Rams and Vitsœ

Vitsœ was founded by Danish furniture retailer Niels Wiese Vitsœ and all of the company’s products were designed by Dieter Rams. Niels Vitsœ refused to compromise on his way of thinking about design and production, a single-minded trait that was in perfect sync with Rams. At Vitsœ, the ethos is one that values living better with less that lasts longer. It is a modest way of thinking that respects the consumer as an individual rather than the enabler of profit. Moreover, furniture at Vitsœ is long-lasting: the onus is on better design as opposed to the constant churning out of new products.

Dieter Rams’ belief in what constitutes good design is resolute. Rams’ punctiliously expressed ten principles for good design are a distillation of his thinking on design. However, fully cognisant that design is made for people, Rams’ designs show a high level of respect for the individual. Rams’ approach values the ‘user’ of a product and disregards the notion of the ‘consumer’ (as someone who is an impulsive and rampant acquirer of goods). His focus is on the rational user, the person who clearly appraises the merits of good design.

Around the time of Vitsœ’s inception, Dieter Rams was a product designer at Braun, the German products company. Undeterred by his heavy work schedule there, Rams maintained a keen interest in both spatial and integrated design. In 1955/6, Rams designed furniture for the Braun product photographer Marlene Schnelle, and his design showed embryonic signs of the collective furniture systems that would come to define his work. Later, an appropriate client for wholesale production of Rams’ system – named the RZ 57 storage system – was found at the 1958 Cologne Furniture Fair. Otto Zapt – a physicist, heir to a small furniture maker and an acquaintance of Rams – met Niels Vitsœ and convinced him on the merits of Rams’ system.

In 1959 the two men established “Vitsœ + Zapt” in order to make and market the RZ 57 system and the subsequent complete furniture programme designed by Rams (including the 570 Table Programme, the RZ 60 shelving system and the RZ 62 chair programme). 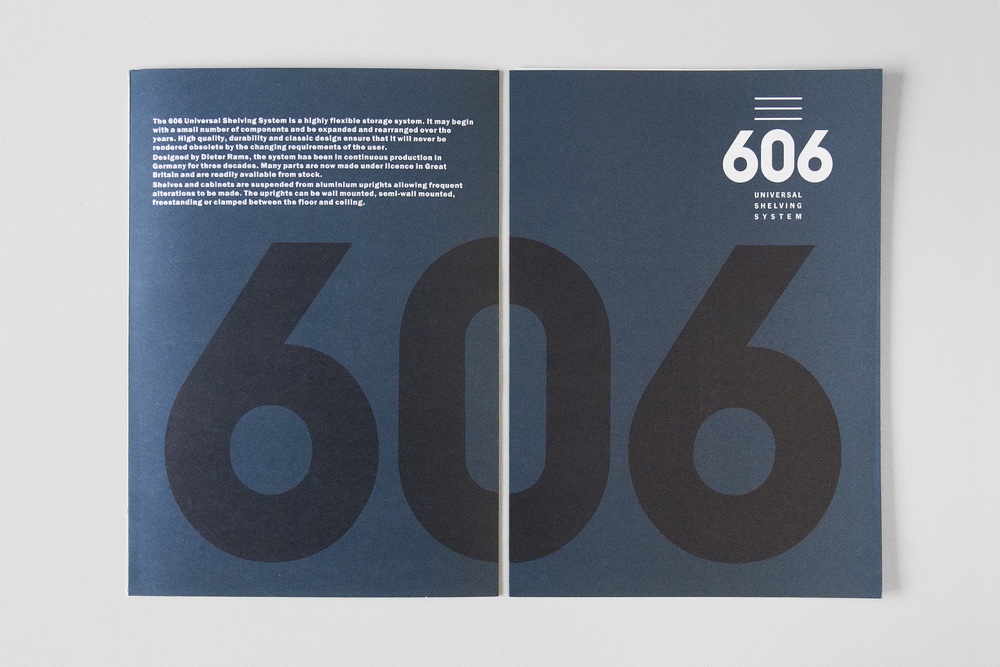 Otto Zapt left Vitsœ + Zapt in 1969, ten years after its foundation. In 1985, Niels Vitsœ asked Mark Adams – a man who shared his belief in good design – to set up Vitsœ in London. The two had met in Frankfurt when Adams made the trip to introduce himself to Vitsœ. (Source: Cereal) Owing to a long period of underinvestment and separation from the marketplace, in 1995 Vitsœ filed for bankruptcy in Germany. In a bid to save the company, Mark Adams relocated Vitsœ to London that same year. As managing director, he would help Vitsœ to expand internationally. 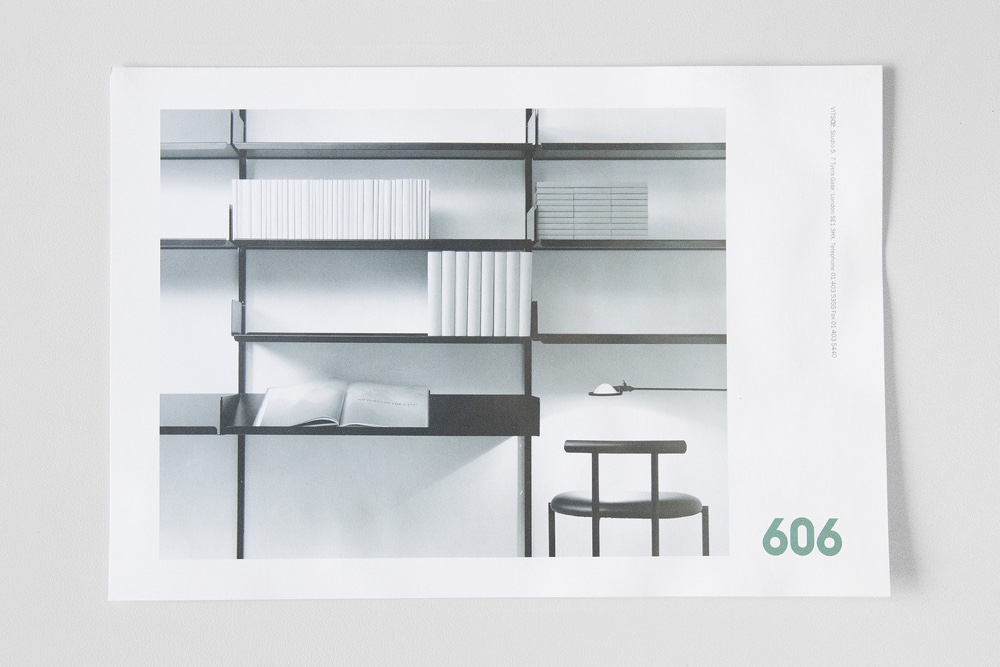 Vitsœ continues to hold the exclusive worldwide licence for Dieter Rams’ original furniture designs, and the company has shops in London, New York, Los Angeles and Munich. One might be forgiven for assuming that Dieter Rams and Vitsœ are veritably one and the same, yet Mark Adams vehemently disagrees: “In no way are Vitsœ and Rams one and the same. Vitsœ’s purpose is to allow more people to live better with less that lasts longer. So far, Rams’ furniture designs have allowed Vitsœ to fulfil (we hope) that purpose. The exciting challenge for Vitsœ is to move beyond Rams.” (Source: Merchant & Makers)

Today Vitsœ makes and sells three designs by Dieter Rams: the 606 Universal Shelving System, the 620 Chair Programme and the 621 Side Table.

In 1960, Rams designed the RZ 60 shelving system, creating an arrangement that could be expanded, repositioned and moved as necessary. In 1970, the RZ 60 was renamed the 606 Universal Shelving System; it has proved to be Rams’ most successful system to date.

Functional, refined and minimal in style, the 606 Universal Shelving System has garnered much praise and won many admirers throughout the years. Up until 1980, Rams designed in excess of 150 components for the 606. Today, this remarkable system endures and is testament to Rams’ clever and thoughtful approach to design. 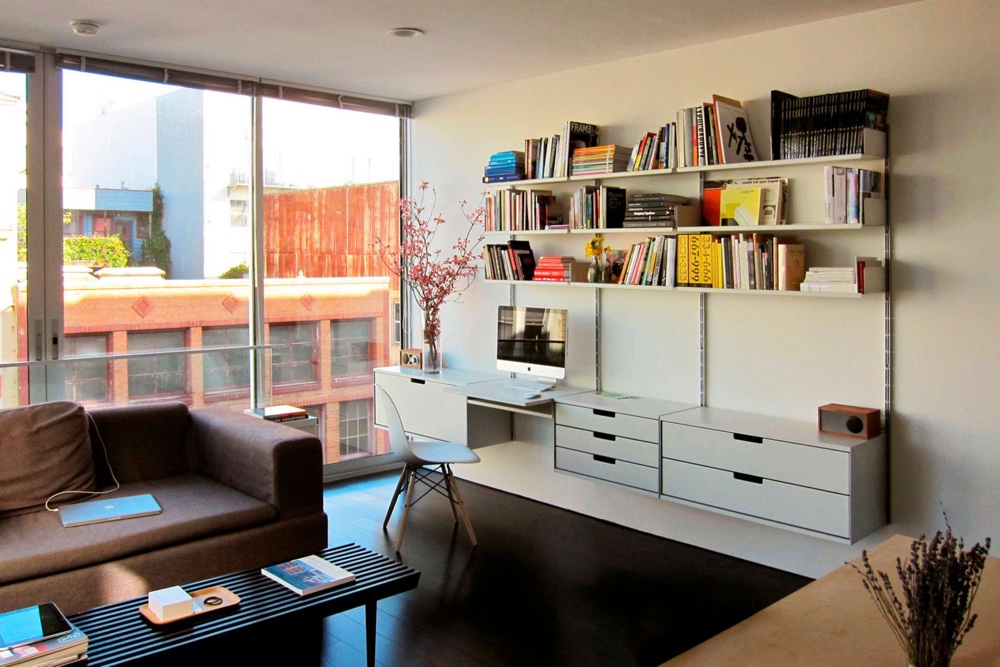 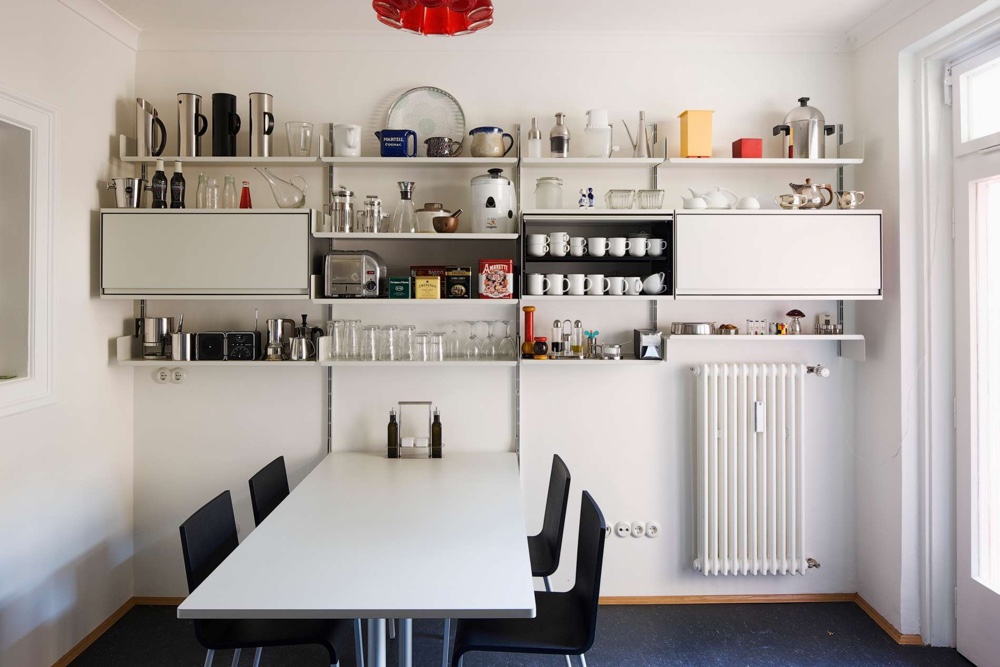 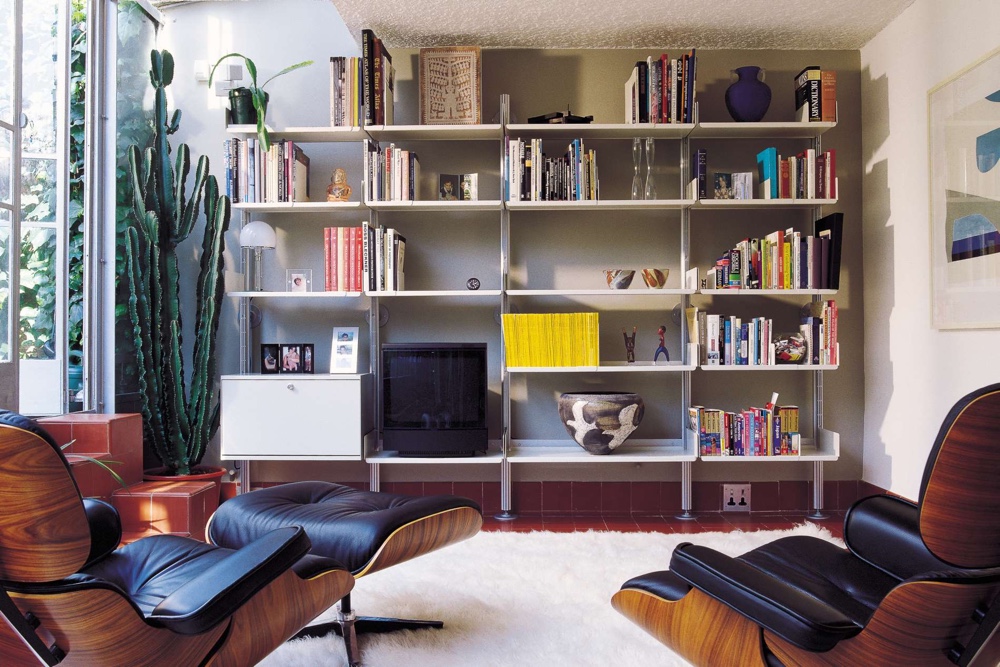 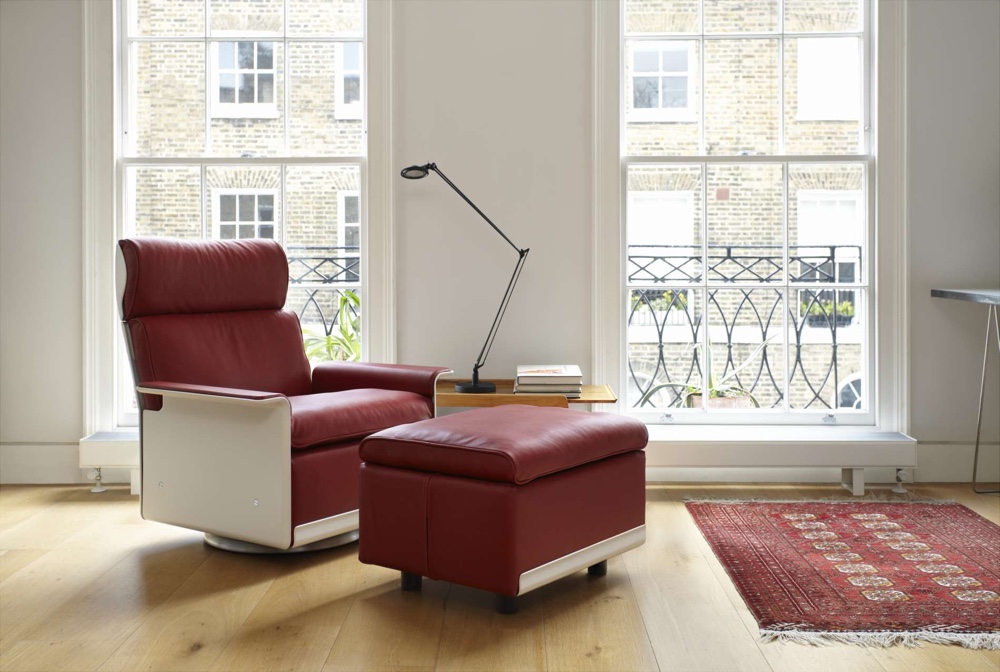 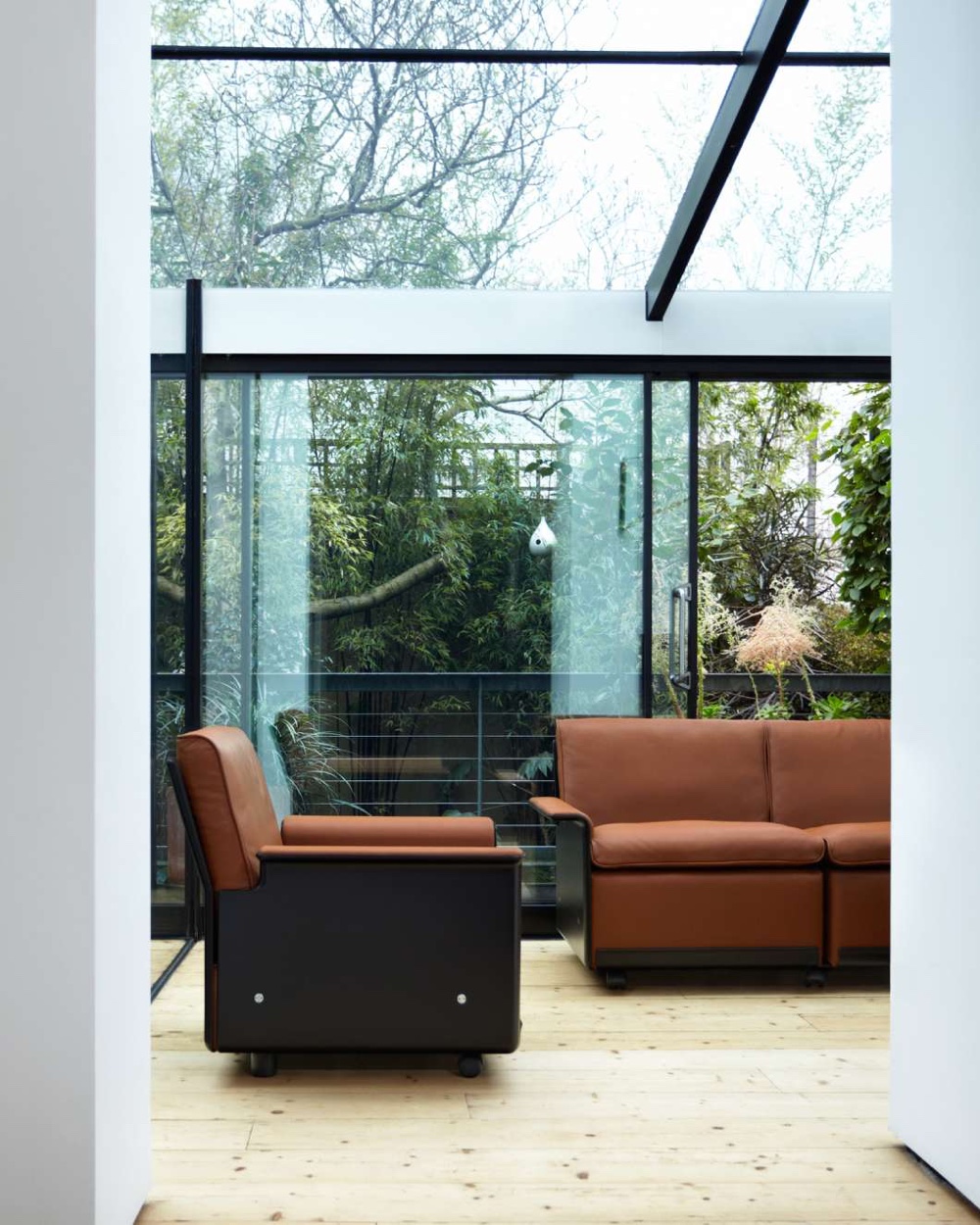 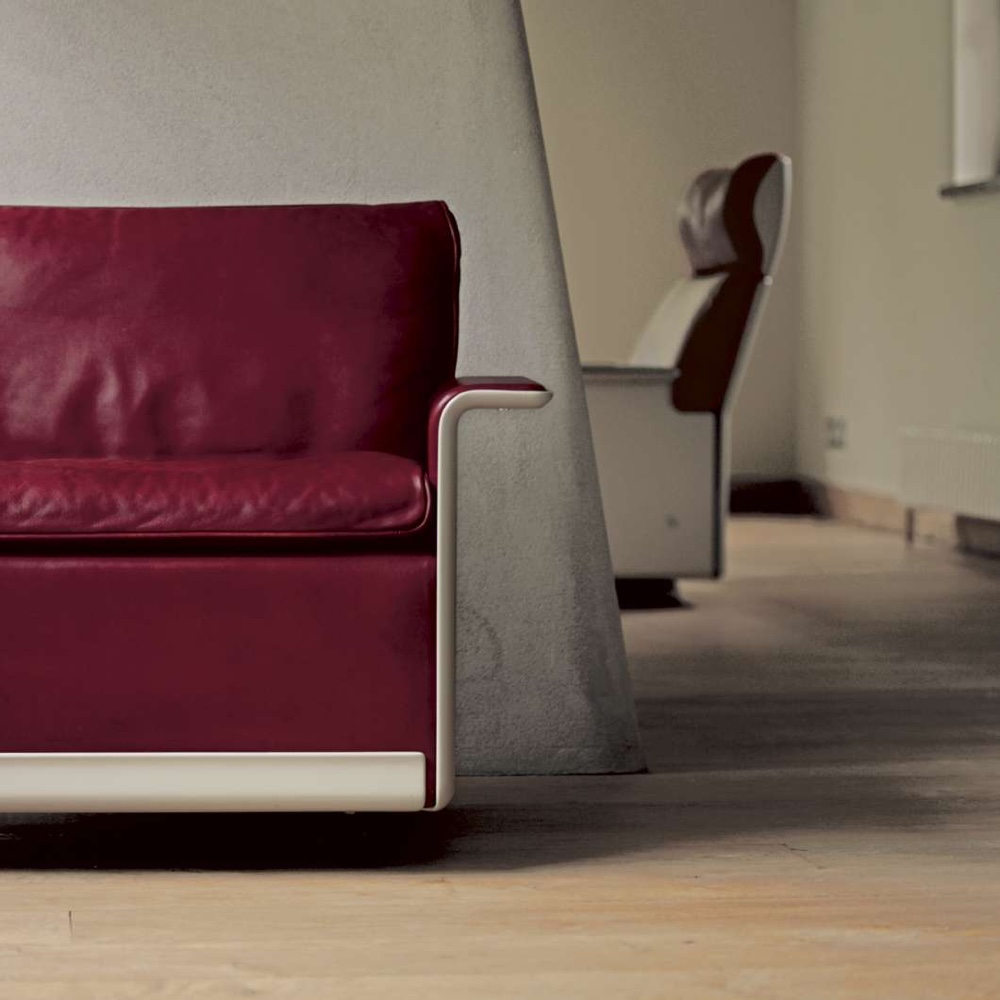 Rams designed the 621 Side Table in 1962. Last produced in the 1980s, the table is representative of Rams’ expressed intention to elevate the status of plastic to a “noble and long-living material.” Injection-moulded in Britain, the recently reintroduced 621 Side Table is hand-painted in either black or off-white, so providing both durability and an anti-static surface. Available in small and large sizes, the 621 works perfectly as a side table, a coffee table and a bedside table. The table can also be upended, allowing it to slide over almost any sofa. With its definite contours and lines, the 621 is a discerning and unobtrusive piece. 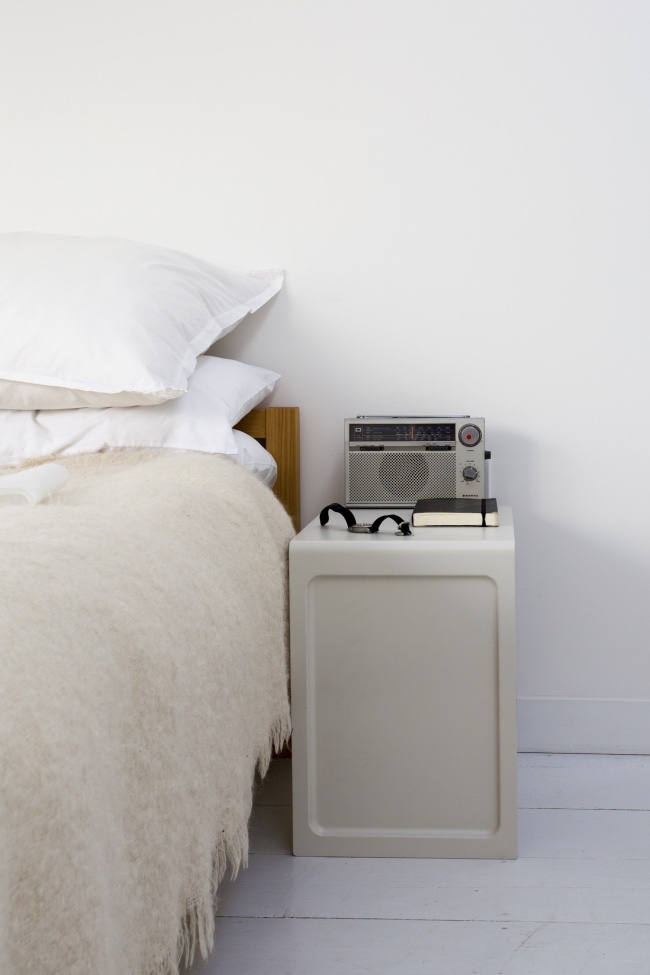 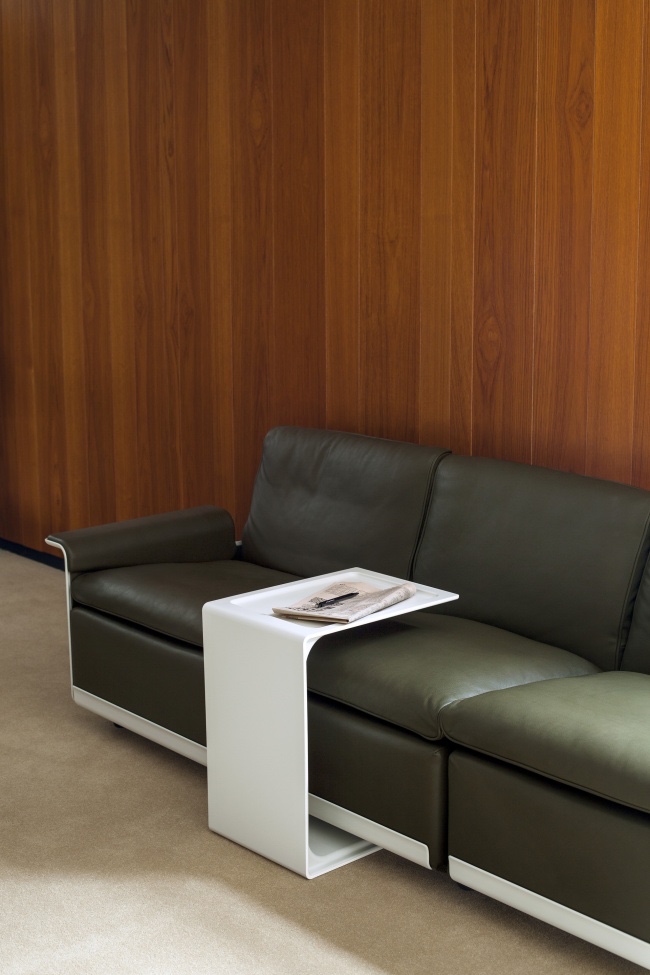 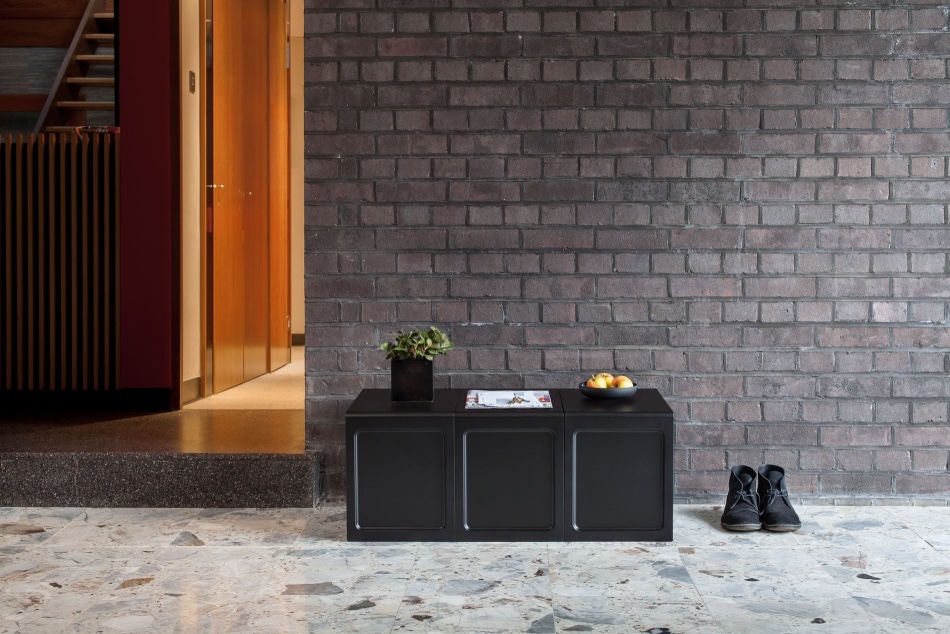