An architect of the people. A man of principle and integrity. Daniel Libeskind is known for his propensity to evoke cultural memory through architecture, creating expressive structures that resonate with distinctive meaning. Libeskind has asserted: “I am a believer in the expressive. I have never been a fan of the neutral… expression of the city, expression of our own space, that gives meaning to architecture.” (Libeskind, 2009) 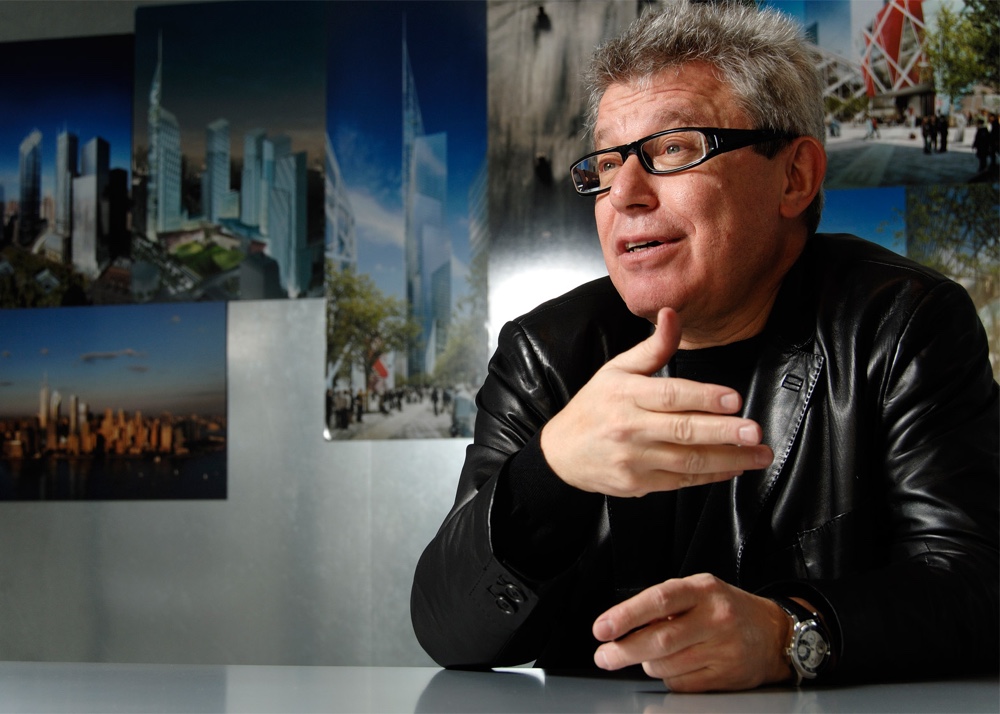 Portrait of Daniel Libeskind. Photograph by Michael Klinkhamer via Dezeen.

Born in Łódź, Poland in 1946, Daniel Libeskind is the son of Dora and Nachman Libeskind, both Polish Jews and Holocaust survivors. As a teenager he immigrated with his family to the USA, where they settled in New York City’s Bronx district. Libeskind was a former young musical virtuoso (having received the American-Israel Cultural Foundation Scholarship) before he studied architecture. Initially an architectural theorist and professor, Libeskind’s practical architecture career began in earnest in the late 1980s. (Source)

In 1989, Libeskind won an international competition to build the Jewish Museum in Berlin: his first significant international success, it remains a notable career highlight. Presenting a groundbreaking and formidable design for the Jewish Museum, Libeskind moved his family to Berlin where he would devote in excess of a decade to the project’s completion. Further significant museum commissions ensued from this work, including the Imperial War Museum North in Manchester, England, and the Zhang Zhidong and Modern Industrial Museum in Wuhan, China. 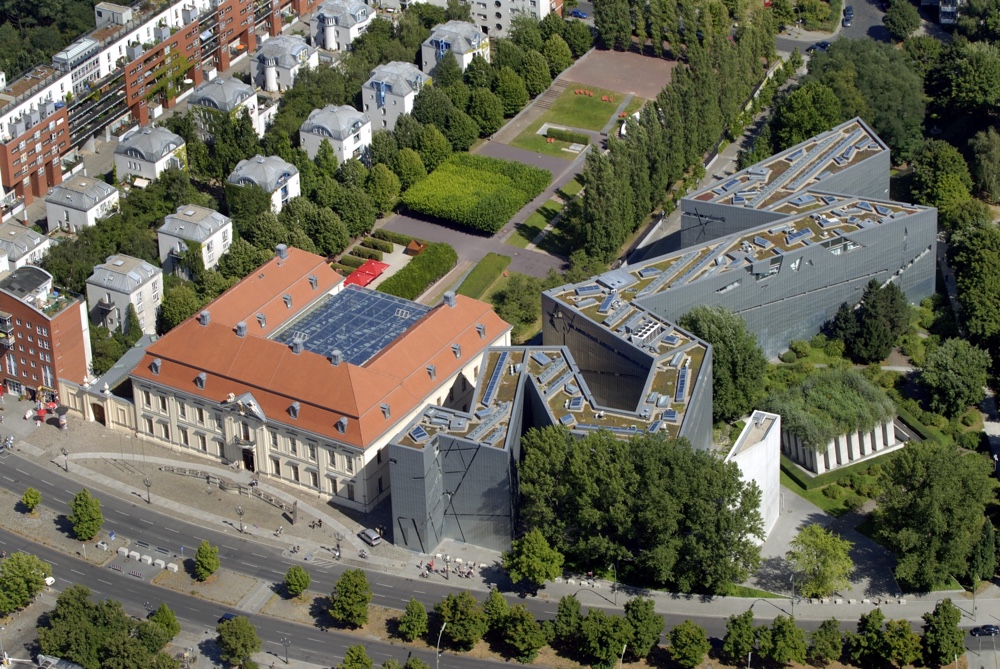 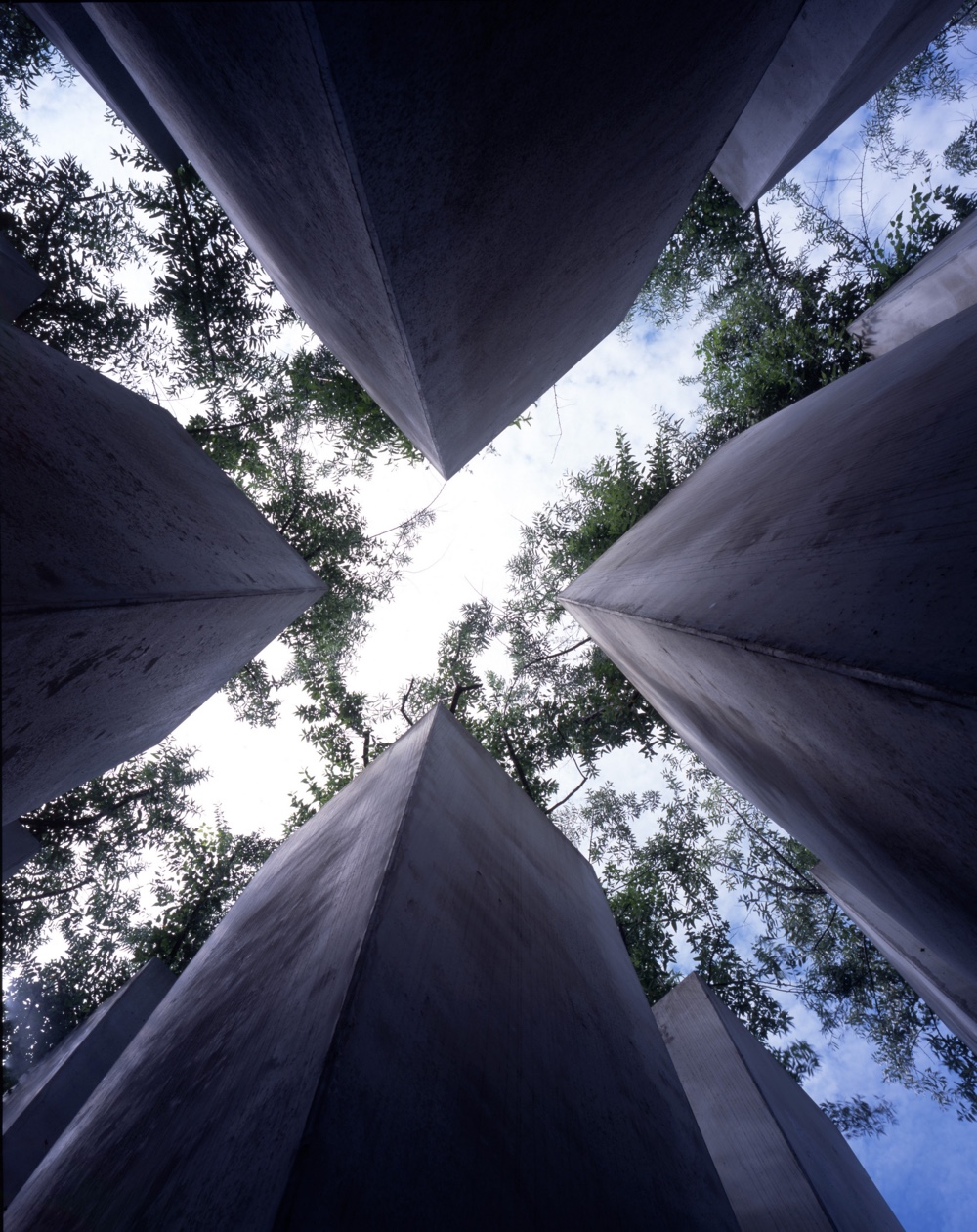 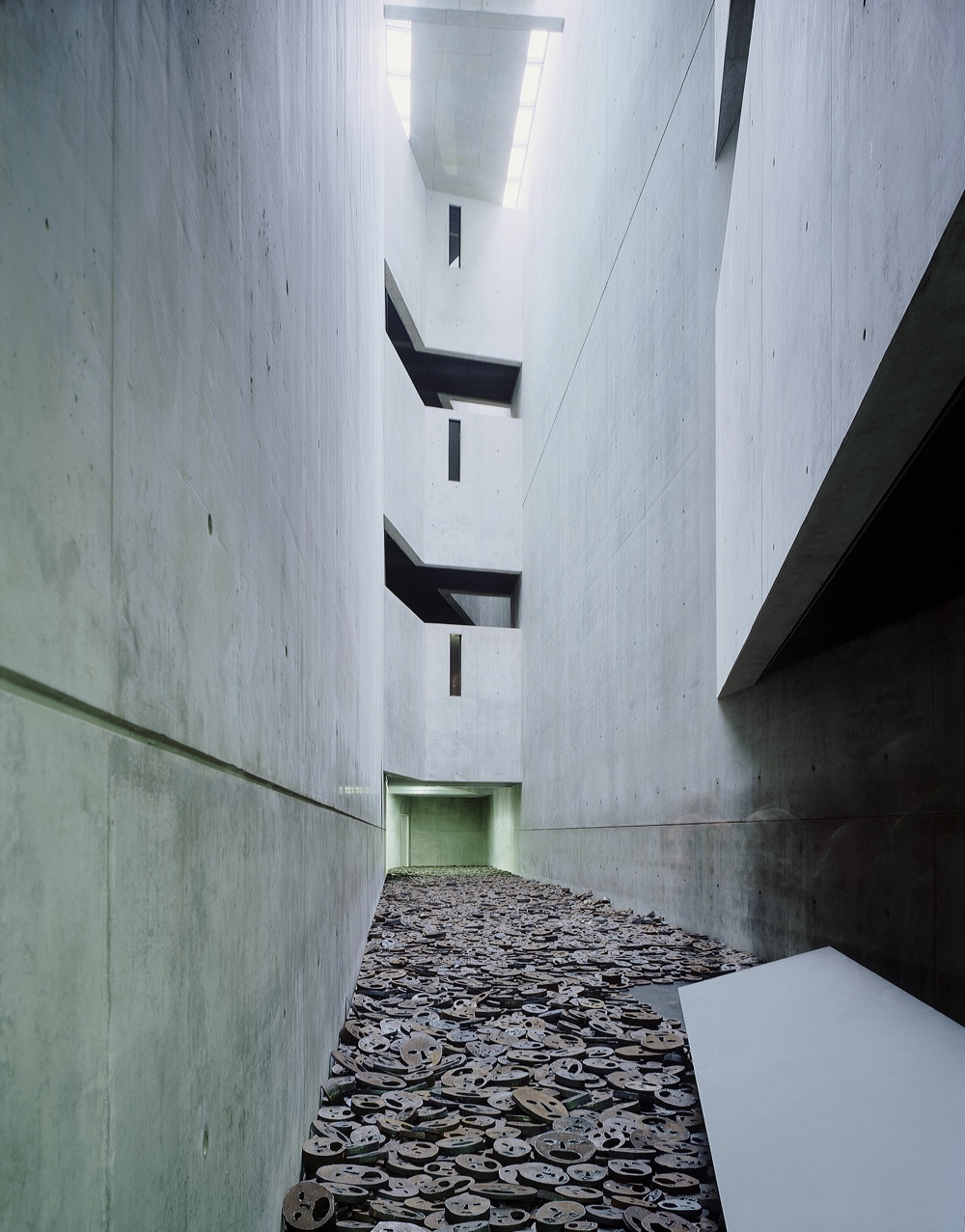 The Jewish Museum Berlin opened to the public in 2001. Exhibiting the social, political and cultural history of the Jews in Germany, it unequivocally presents and integrates the impact of the Holocaust.

Libeskind established his eponymously-named studio – Studio Libeskind – along with his partner Nina Libeskind, in Berlin in 1989. The studio’s HQ moved to New York in 2003 when Libeskind was chosen as the master planner for the World Trade Centre site. In 2012, Libeskind opened a further studio in Milan that also includes a product design division called Libeskind Design. Studio Libeskind works on the design and development of urban, cultural and commercial projects worldwide. Libeskind believes strongly that optimism is an important quality in an architect, where the architect should have confidence in the future, remember the past and have a keen sense of hope. Studio Libeskind operates firmly on this premise. 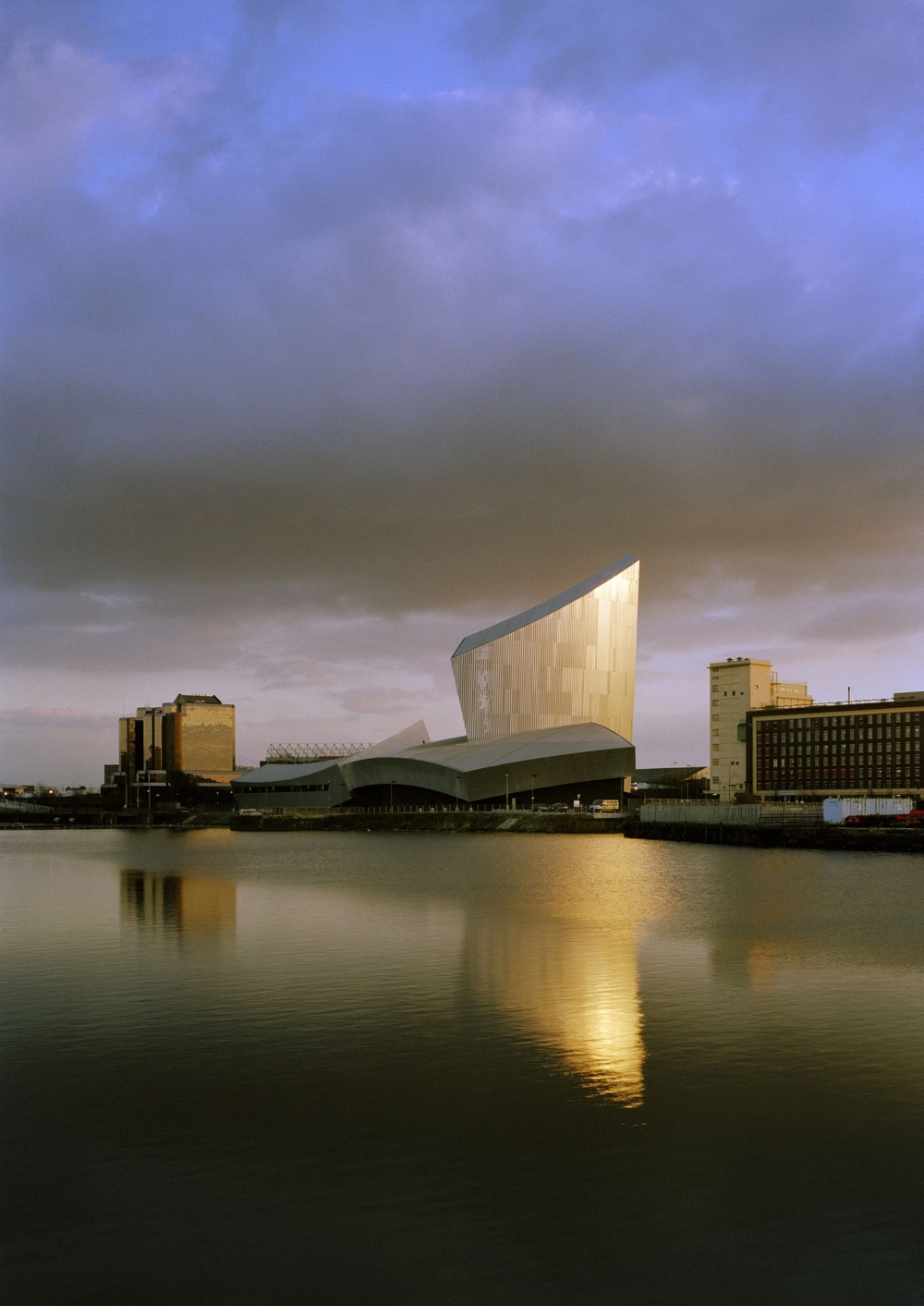 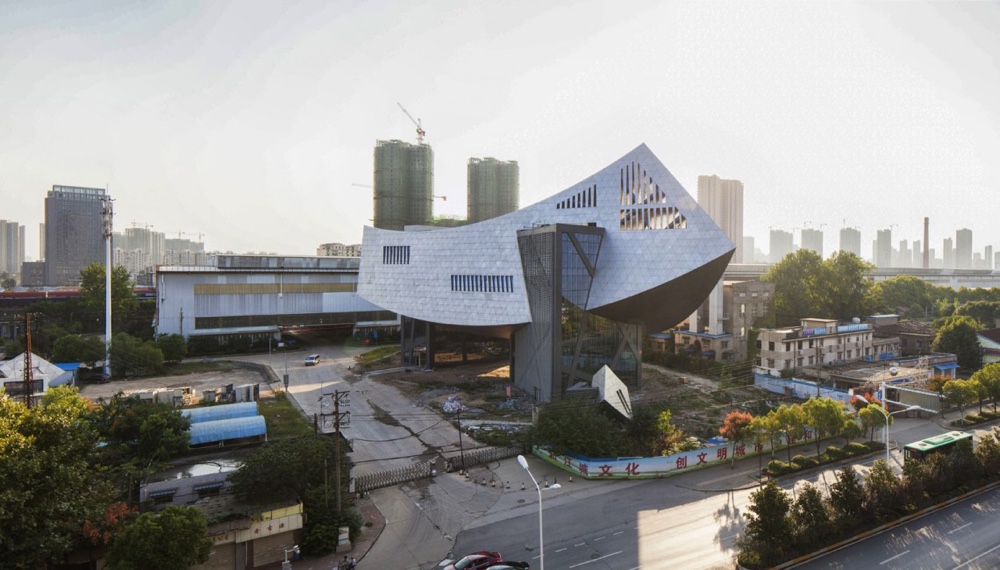 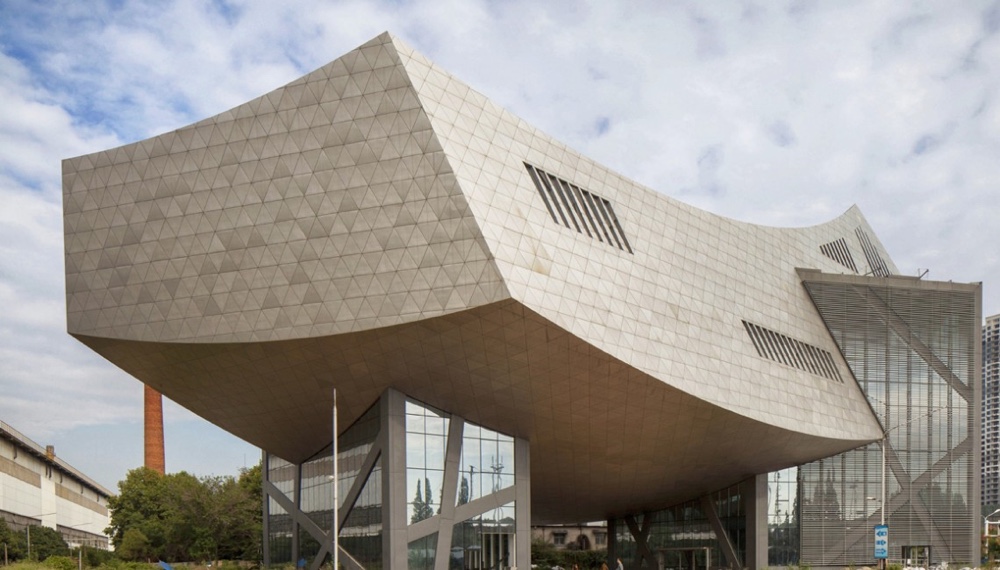 The Zhang Zhidong and Modern Industrial Museum in Wuhan, China is under construction. Wuhan is the steelmaking capital of eastern China. Zhang Zhidong was a 19th century Chinese politician who inspired the movement towards modernisation that would establish Wuhan’s steel industry. Images © Alex Chan. 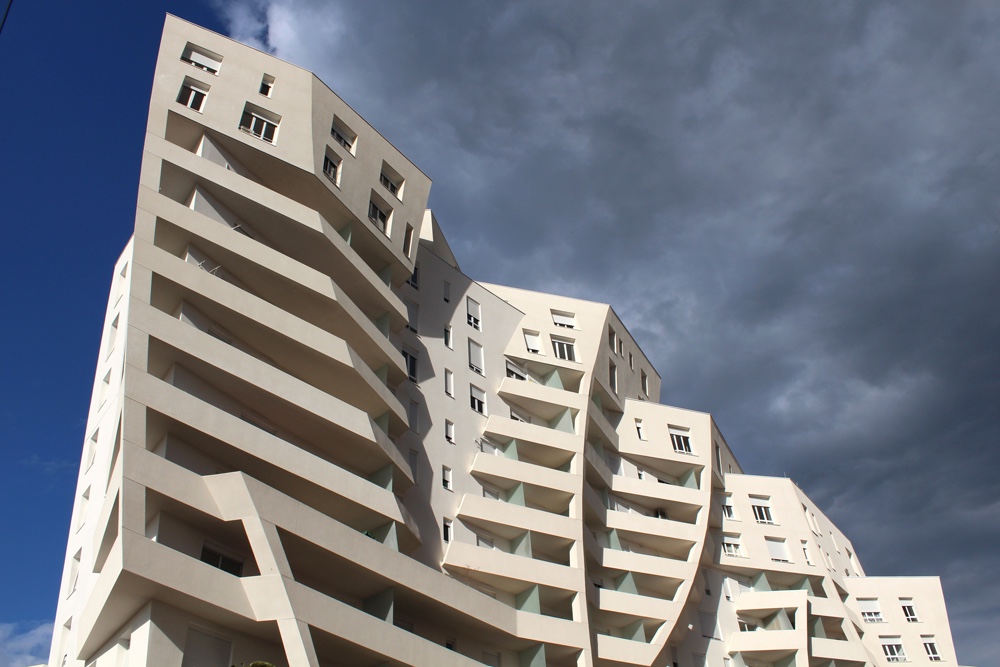 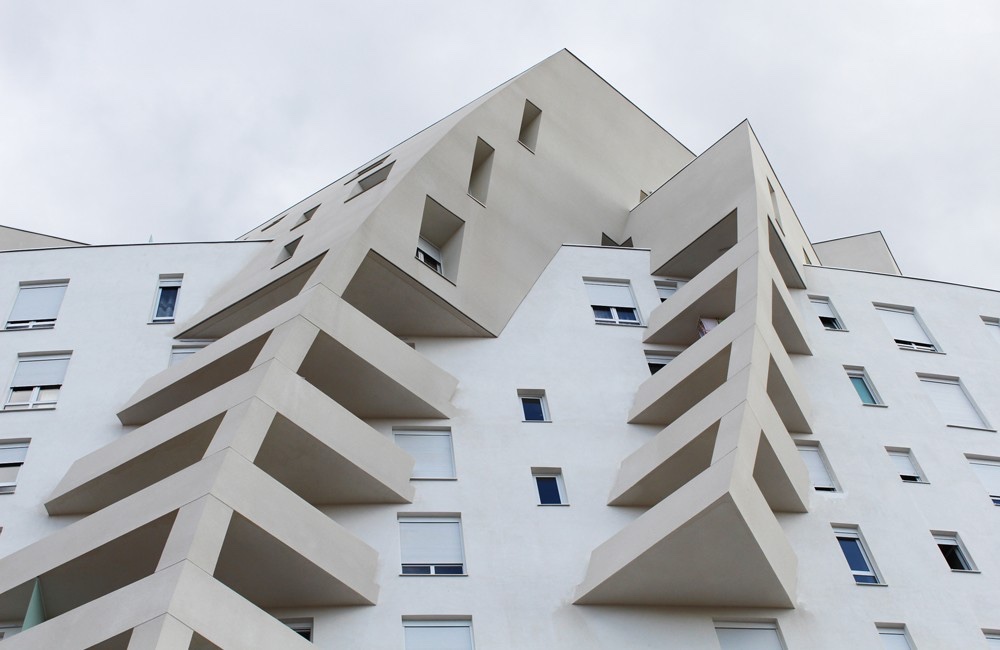 An Opponent of Cool Architecture

Libeskind is an opponent of so-called cool architecture, where buildings have little personality and no story to tell. He believes that emotion is requisite, that architecture is indeed visceral, not intellectual. It is about space, not fashion. In Libeskind’s worldview, architecture should have the ability to tell a story and the power to move a person’s soul. With commemorative architecture, Libeskind believes it must reflect the brutality of an atrocity rather than repress it. He has proclaimed: “Architecture is a field of repression [where] everything is repressed because it has to fit into the context, it has to appeal to clients, it has to be normal.” (“Architecture should not be comforting,” 2015). 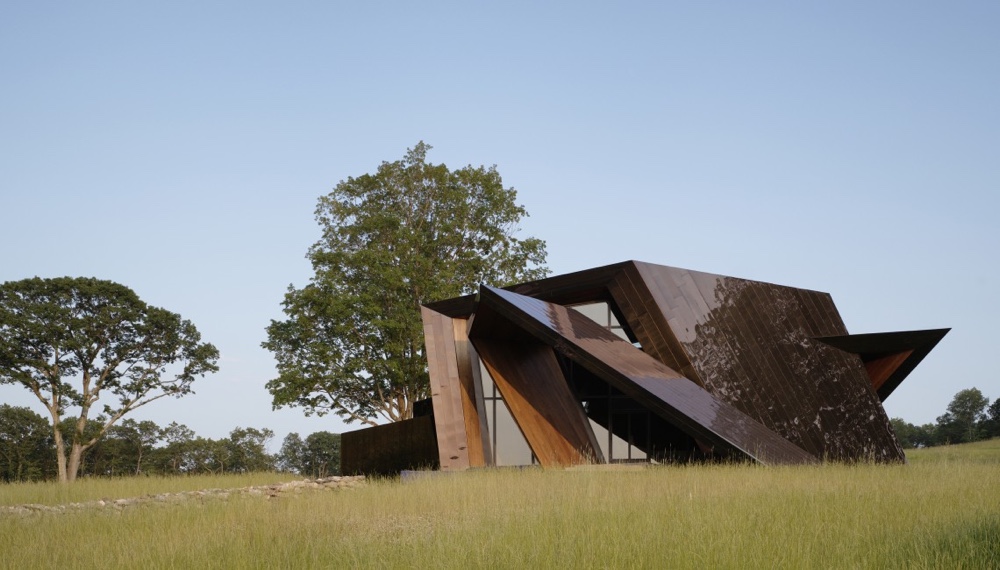 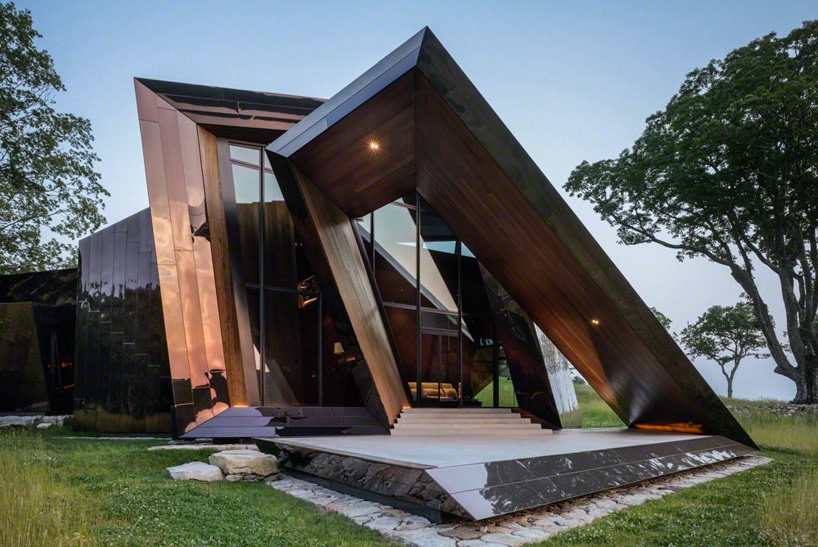 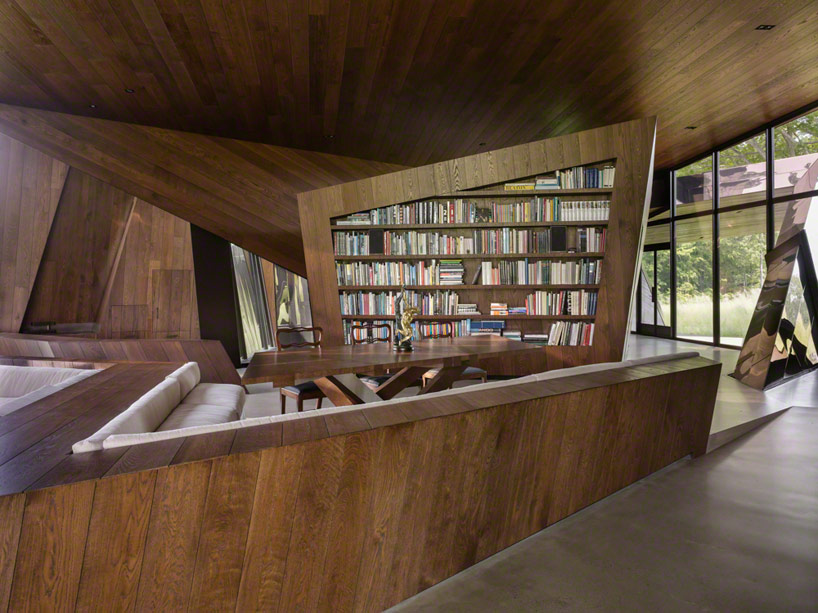 18.36.54 is a private residence in Connecticut, USA that is clad in mirror-finish and bronzed stainless steel. It is a bold design in a natural setting with a rather odd name. The name equates to the “number of the planes (18), points (36), and lines (54) that the spiraling ribbon makes as it defines the living space”. Images © Nikolas Koenig.

For Libeskind, architecture is about consensus and compromise. His studio works to ensure architectural commissions are expressive, reflecting contemporary life as well as real people. Rather than kowtow to developers, Studio Libeskind recognises architecture as public art, holding themselves accountable to the client, communities and the cities in which they build. (Source: Studio Libeskind) 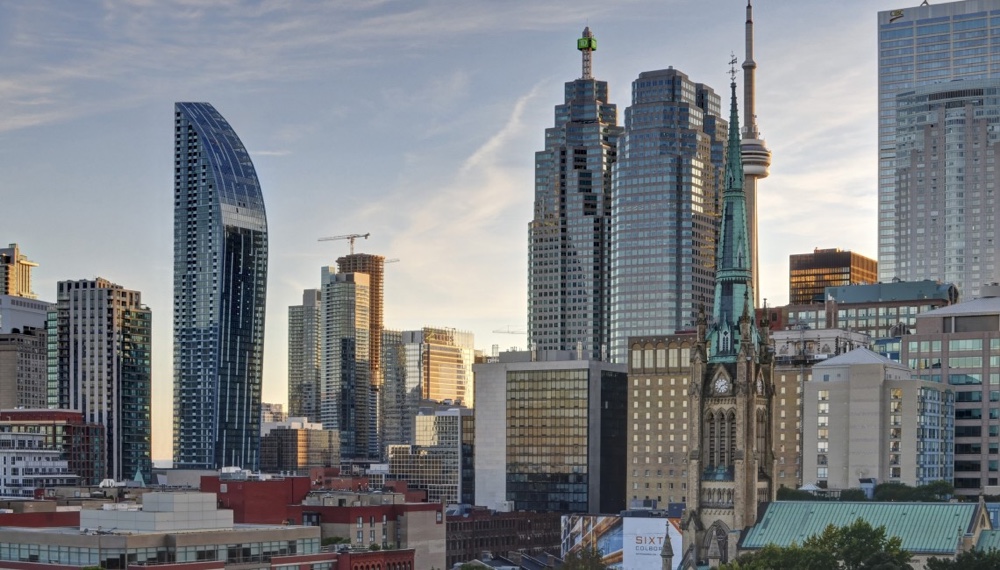 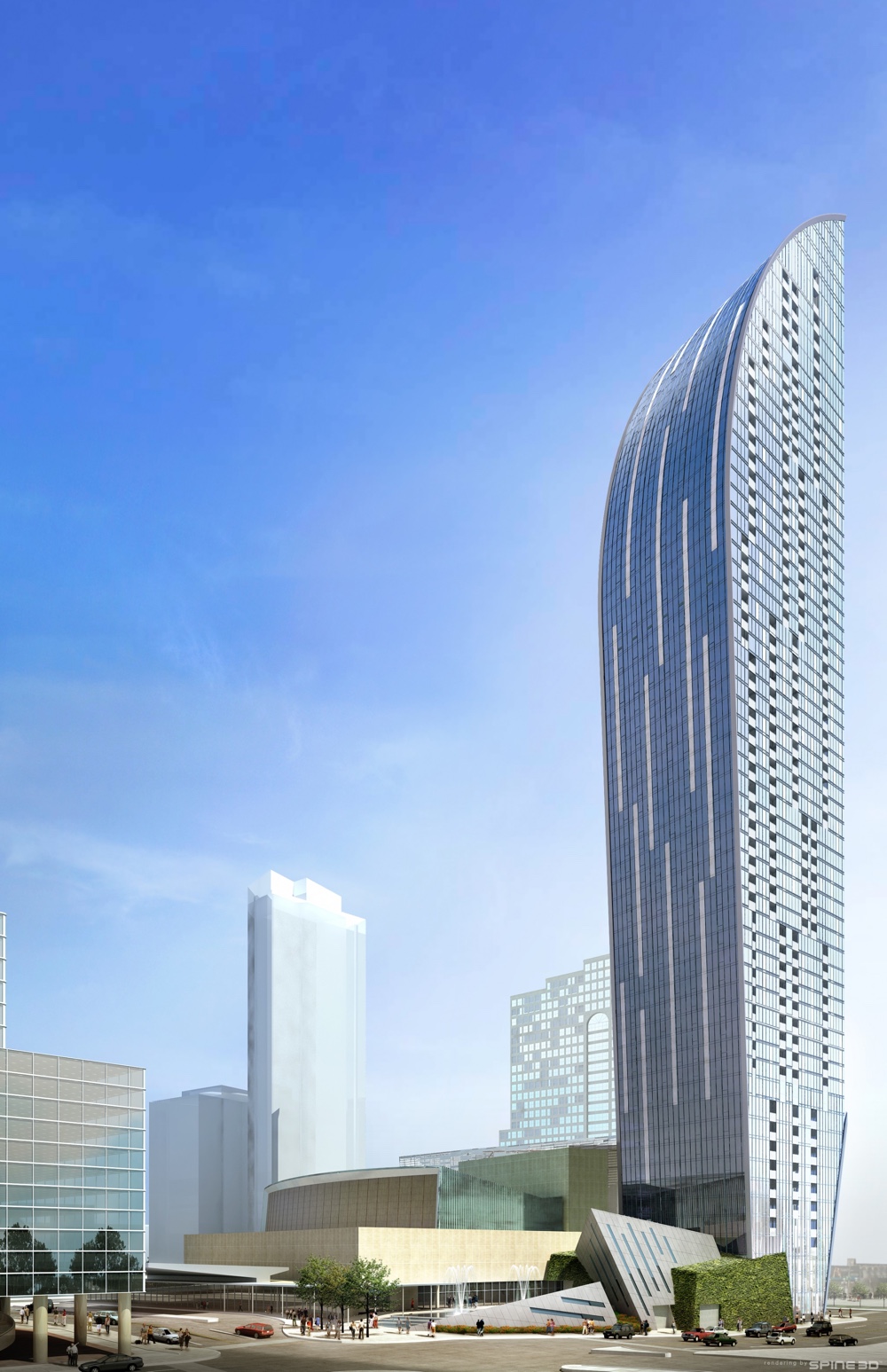 The L Tower and Sony Centre in Toronto: a 58-floor condominium tower adjacent to the performing arts centre. Images © Libeskind. 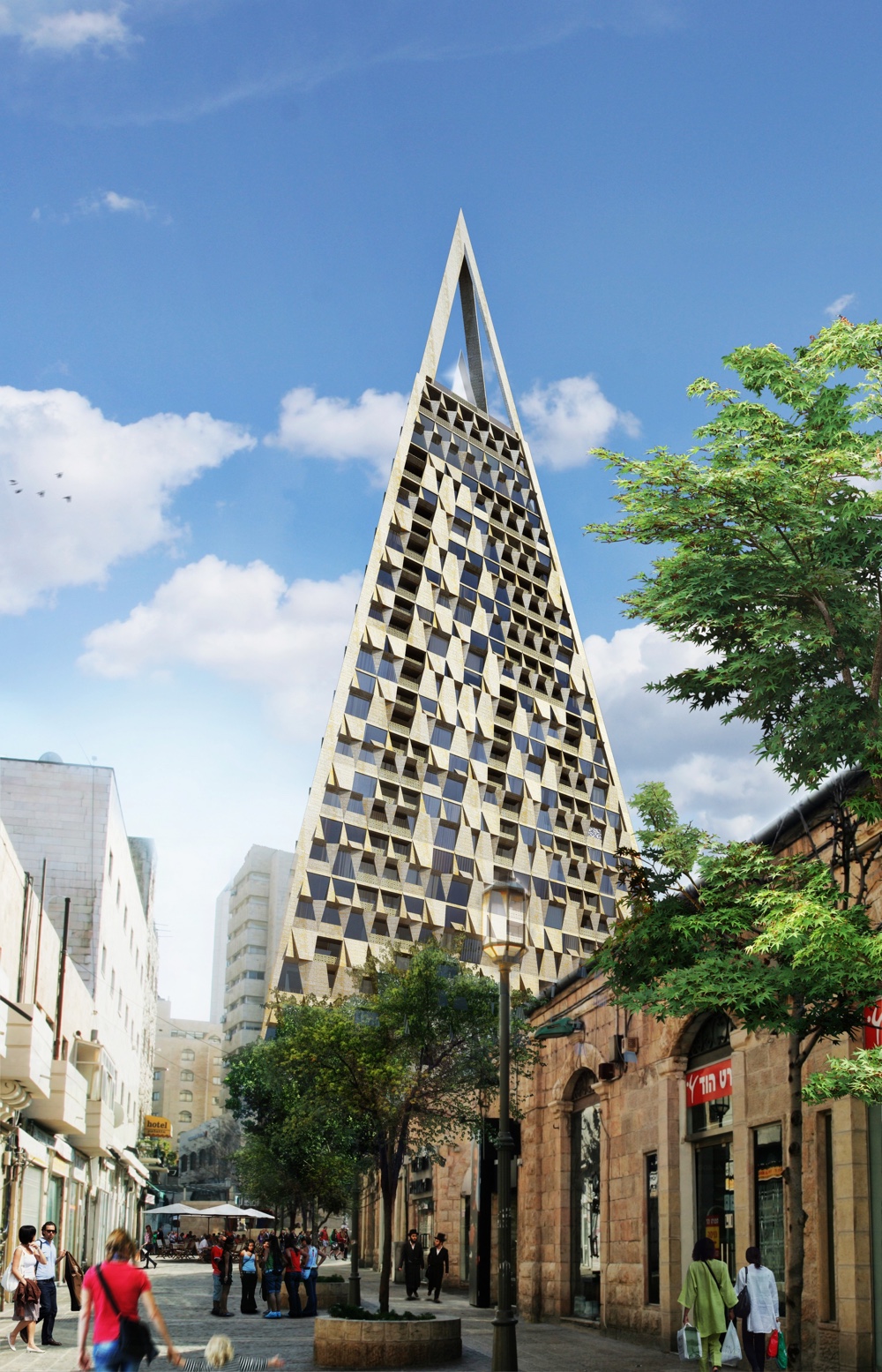 The Pyramid in Jerusalem is currently in design. Situated in the heart of the ancient city, the structure will house a mix of apartments, a hotel, a public plaza with retail spaces and a rooftop observatory / restaurant. Of the project, Libeskind notes: “The Pyramid mediates between ancient traditions and myths, while providing a 21st century reinterpretation of that great form”. (Source: Studio Libeskind) 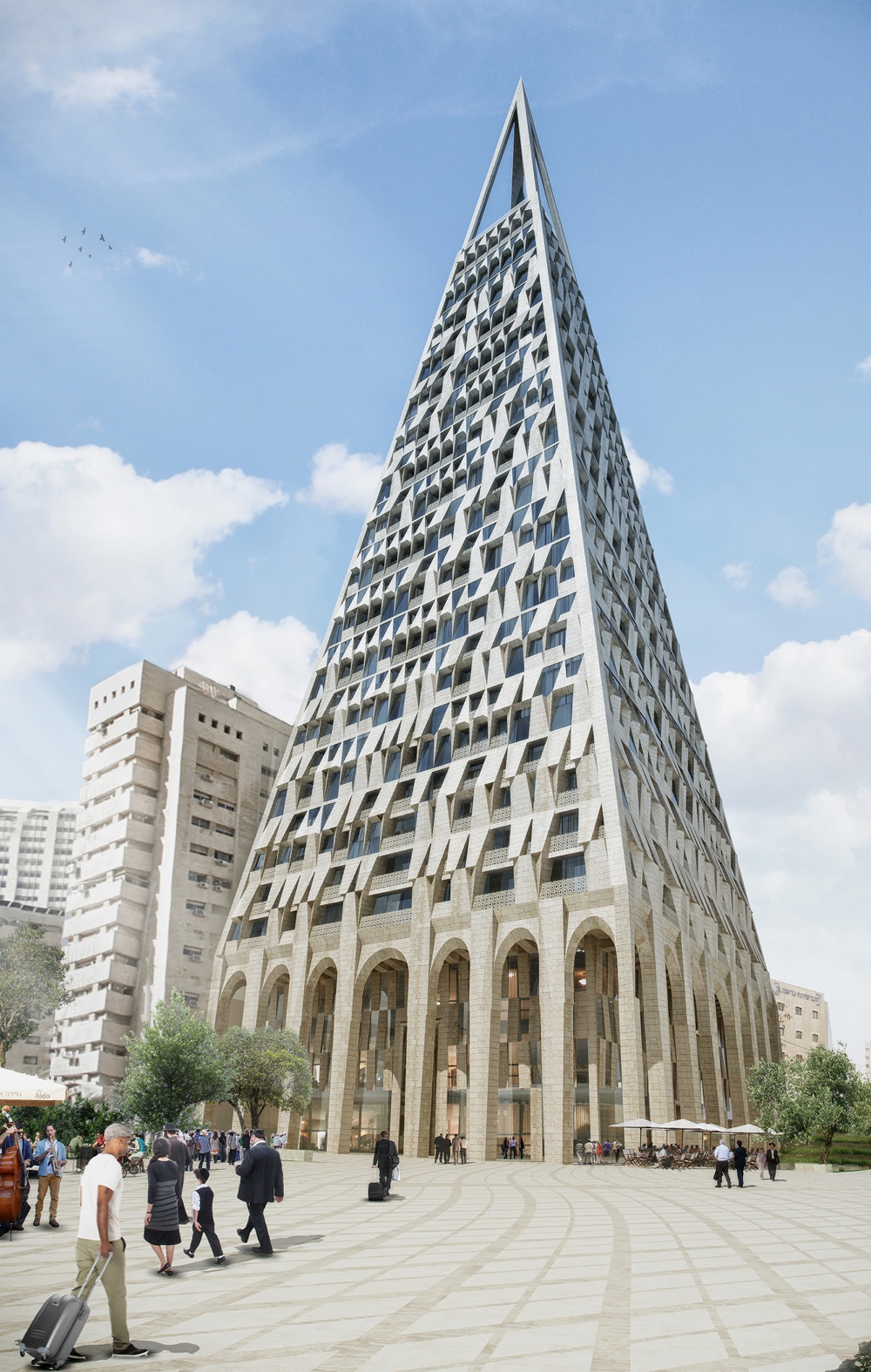 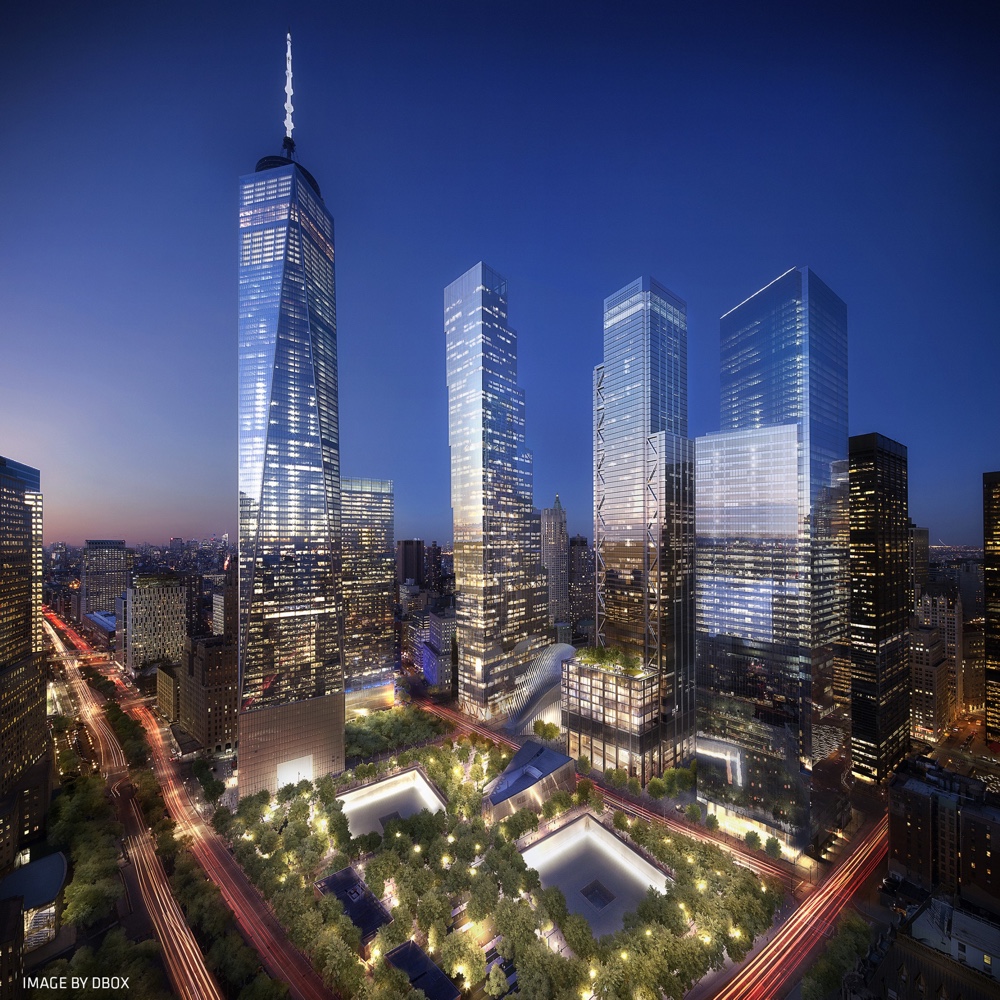 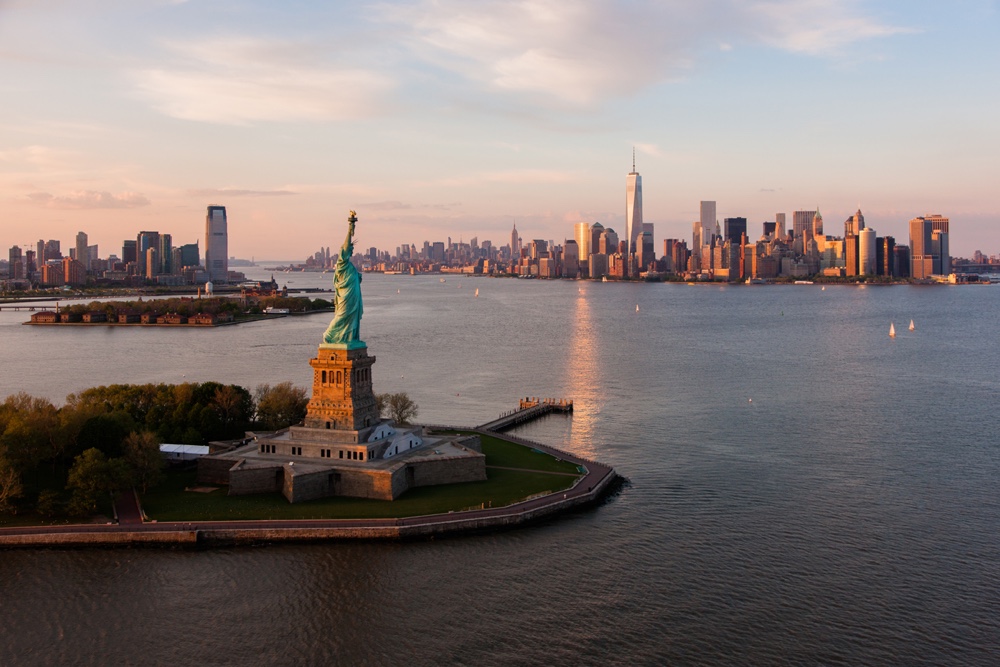 The only remaining feature of Libeskind’s tower design is its symbolic height – 1776 feet (the year in which the Declaration of Independence was approved). For a detailed review of this debacle, check out The New Yorker. 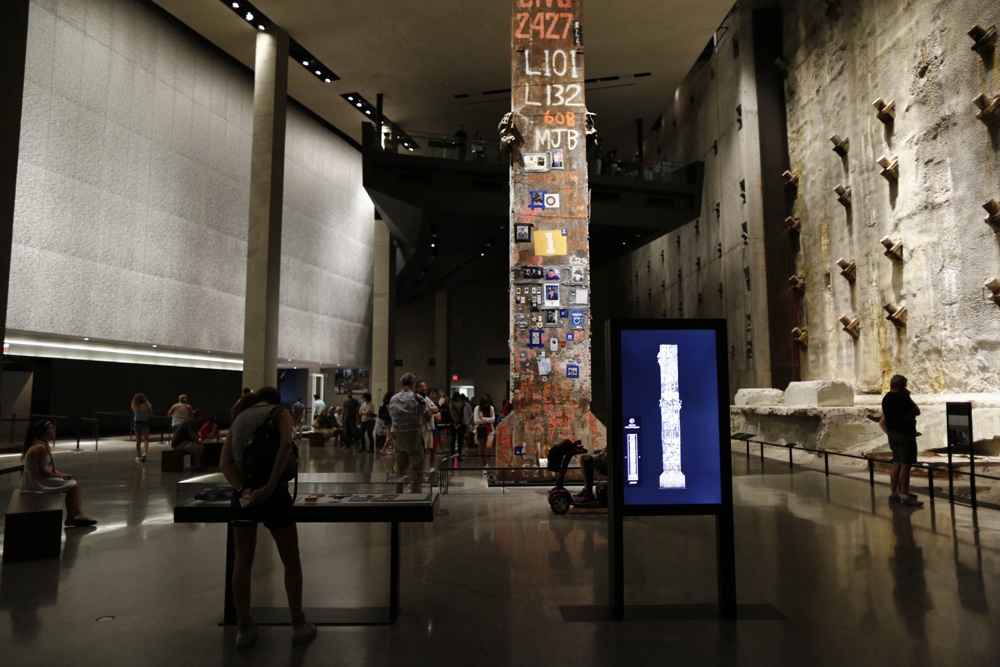 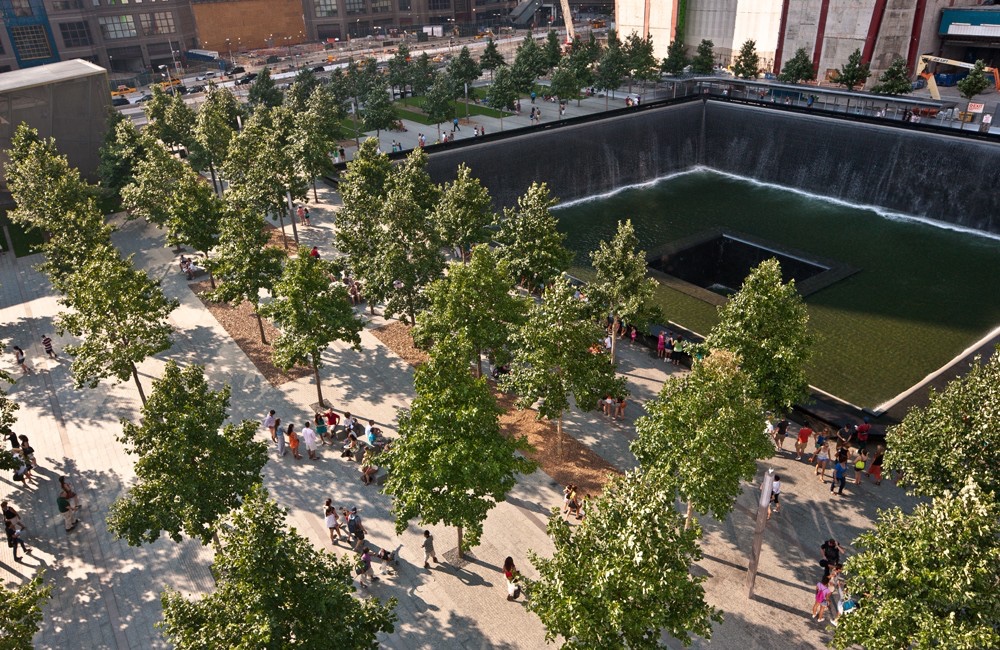 The Wonder of Architecture

Rather poignantly and with deep affection, Libeskind believes in the wonder of architecture. He observes: “Architecture is not based on concrete and steel and the elements of the soil. It’s based on wonder. And that wonder is really what has created the greatest cities, the greatest spaces that we have had.” (Libeskind, 2009) It is undoubtedly a beautiful sentiment.

Architecture should not be comforting says Daniel Libeskind. (2015, November 19). Retrieved from http://www.dezeen.com/2015/11/19/daniel-libeskind-architecture-should-not-be-comforting-memorials-ground-zero-masterplan-jewish-museum-berlin/

All images via Studio Libeskind (except the portrait of Daniel Libeskind).