Warmpath is an interesting conceptual idea on how a kitchen table would look like if it had an incorporated fireplace. Designed by Michael Harboun – a young designer based in Paris, Luxembourg and Chicago – the Warmpath signifies the connection between two familiar objects, both of which bring people together. Having this shared feature, the two objects seem to have more power when put together, so it was easy for the designer to think of a contemporary way of joining them.

Displaying an elegant shape, the Warmpath induces the idea of having been created by a chemist who experiments by combining elements in order to create a new reaction. The final result is breathtaking, opening new doors in furniture design. The dynamic effect gives more power to each element, seamlessly merging the furniture table and the stove into a fantastic design. 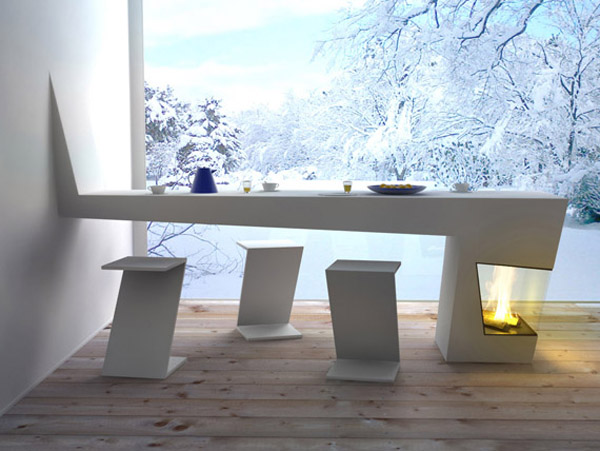 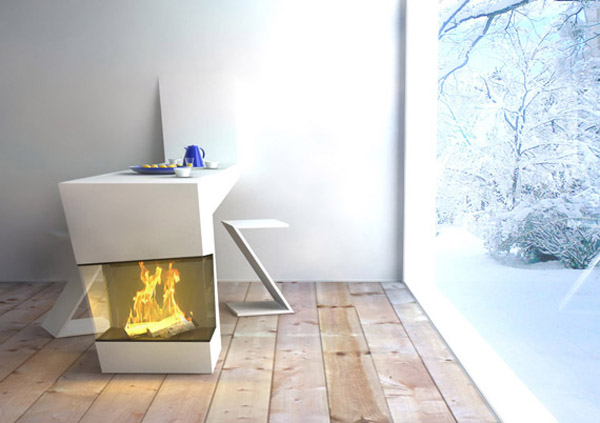