An almost architectural piece of furniture can create a feeling of grandeur. This is the case with this next table: a Japanese inspired creation from Hiroyuki Tanaka that strugles to carry on with the heritage of Japanese culture. The table, named “the Temple Table”, is a white wood piece of furniture that is derived from the architectural roof and pillar system. A series of wood beams form the supporting structure of the table and decorates the surface right underneath the top surface. The lines are kept simple throughout the design in order to respect the influence that the Japanese culture had on Hiroyuki Tanaka`s works. 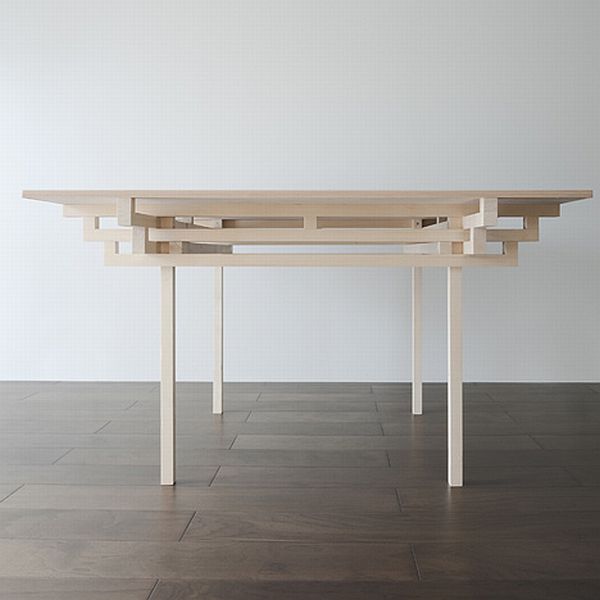 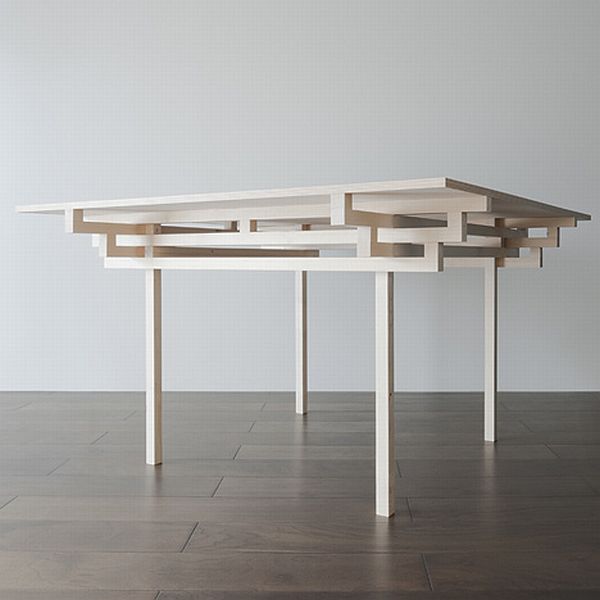 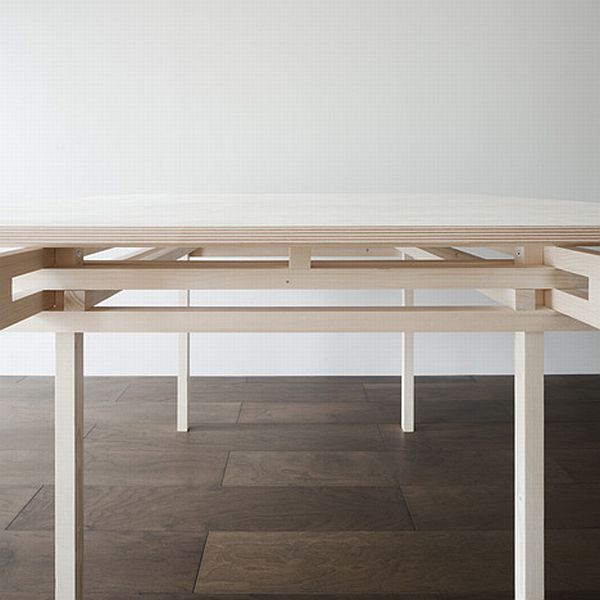 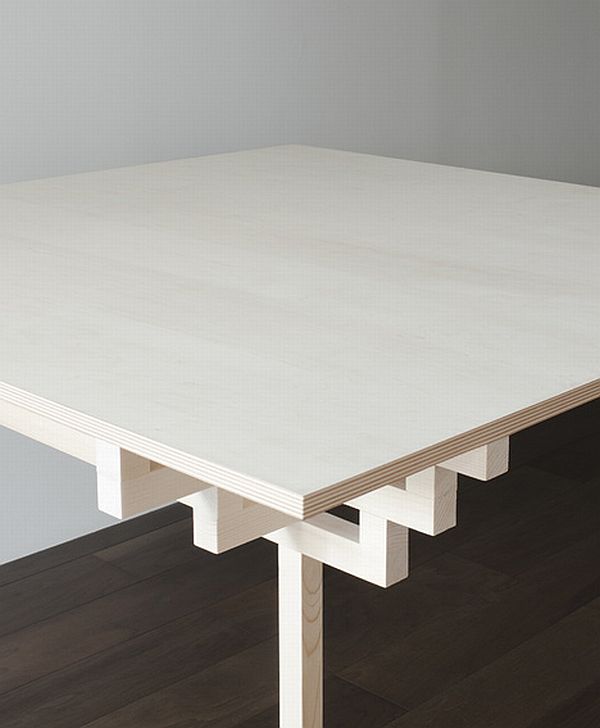 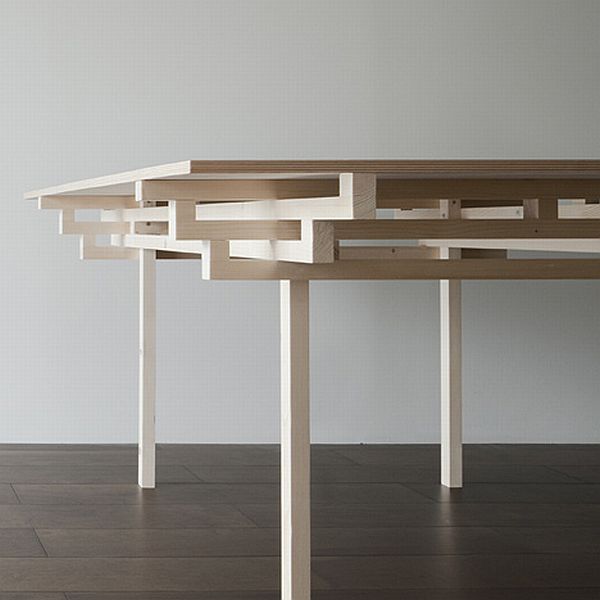 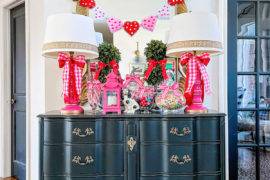